Ireland is set to introduce a Deposit Return Scheme for bottles and cans from February 2024.

It will see consumers get money back by returning cans and bottles to shops after they are used.

All eligible containers will display a 'Re-turn' logo, making it easy to identify what is included in the scheme.

Drinks containers must be returned empty and undamaged. 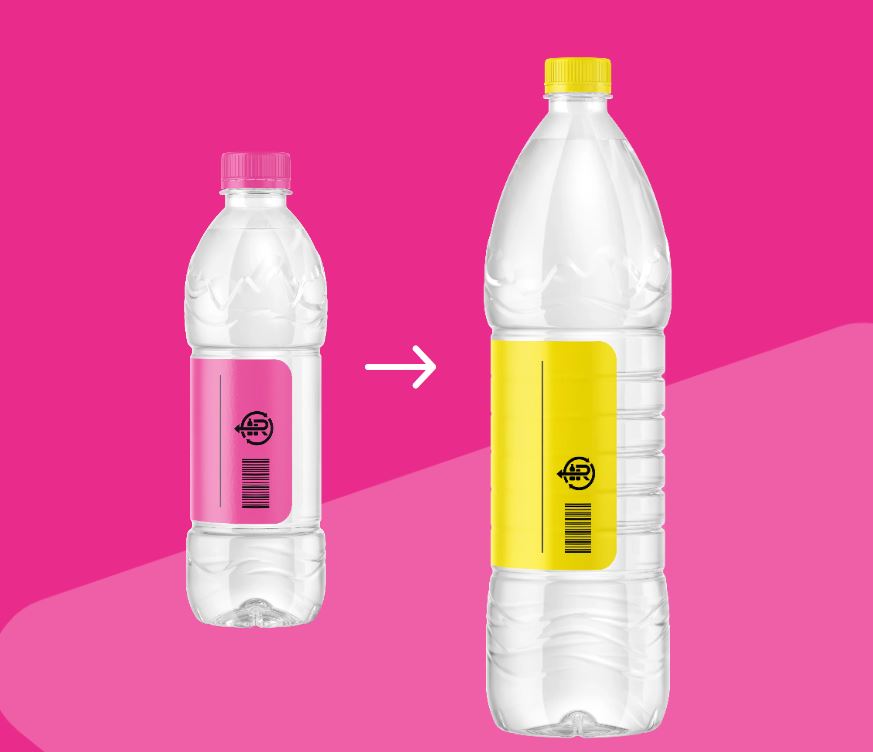 An example of the Re-turn logo on plastic bottles. Picture by: re-turn.ie

However not every drink container is eligible: only drinks in PET plastic bottles, aluminium and steel cans from 150ml to three litres are included.

All dairy products, such as milk and yogurt drinks, are not included in the Deposit Return Scheme but can still be recycled.

There will also be return points all across Ireland. 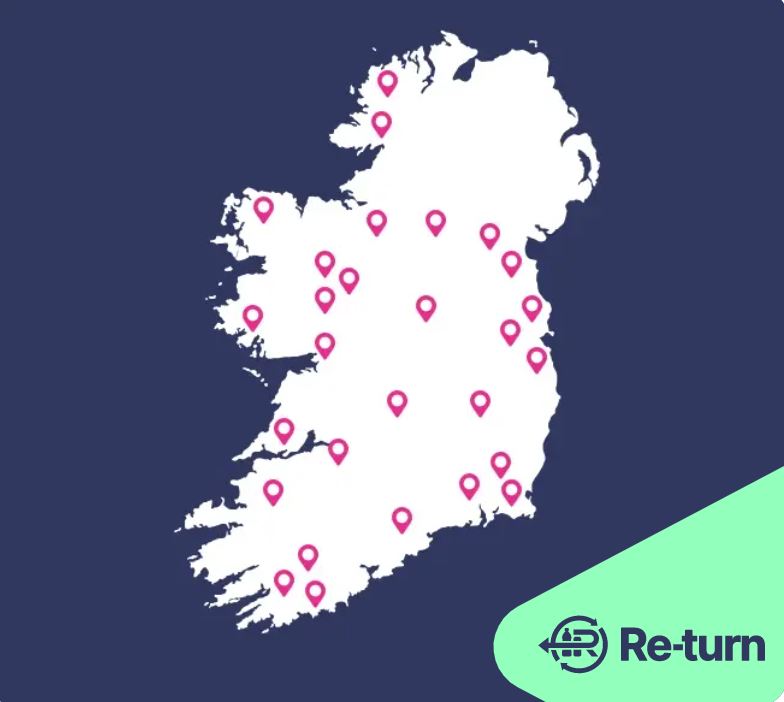 A map - for illustrative purposes only - showing planned return points across Ireland. Picture by: re-turn.ie

Minister of State Ossian Smyth told The Hard Shoulder how it will work.

"This is very simple: this is money back cans and money back bottles," he said.

"When you go back to your supermarket, wherever you've bought a can or a bottle of drink, you can exchange it for money from a machine.

"Instead of putting money into a machine and getting something out, you put the empty bottles in and it gives you money back out. 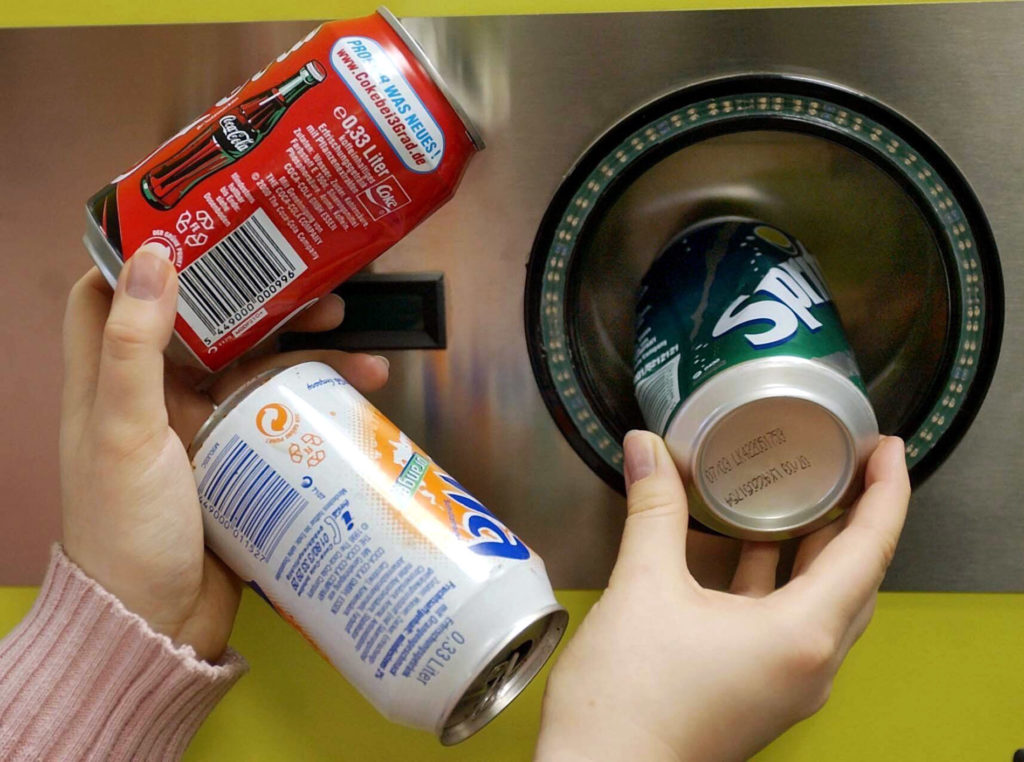 Empty drink cans are put into the slot of a machine which automatically returns the deposit on drink cans in Doelbau, Germany in January 2003. Picture by: PA PHOTOS / DPA

"We want all the shops in the country that sell drinks and cans to register at re-turn.ie, so that we can go around and put those machines into the shops."

He said prices on drinks will likely go up to reflect the money people will get back, which will have two rates.

'Money on the ground'

Minister Smyth said anyone can return bottles and cans to any shop.

"One of the big benefits is it's going to massively reduce litter," he said.

"People will pick them up - and you don't have to be the person who bought the can or bottle to get the money back, you just have to come in with it.

"Now smaller shops probably won't have a machine - they have the choice, if you're very small, just put them in a bag and the bag will be collected," he said.

It is estimated that about 1.9 billion drinks bottles and cans are consumed each year in Ireland.

Main image: A can and bottle deposit return recycling system is seen in Norway in September 2020. Picture by: Jonathan Sumpton / Alamy Stock Photo