New app converts Christmas purchases to cash for the homeless

A new app by two students is hoping to make cash for homeless people through other people's shopp...

New app converts Christmas purchases to cash for the homeless

A new app by two students is hoping to make cash for homeless people through other people's shopping.

Giveback.ie has partnered with the Inner City Helping Homeless (ICHH) as part of its plan to eradicate street homelessness in Dublin by Christmas 2020.

Although currently only operational in Dublin, the founders are hoping to roll out similar programmes throughout Ireland.

Through downloading the Giveback app and using it during online purchases, donations of between 1-10% are automatically made by retailers to ICHH on behalf of the consumer.

This equates to an average donation of €60 annually.

Giveback currently has 1,200 retail partners - including Amazon, ASOS and Hotels.com.

The developers say the platform's capabilities mean users do not physically need to dig into their pockets.

"The app works quietly in the background as consumers purchase items giving users the power to make a difference through shopping alone," they say. 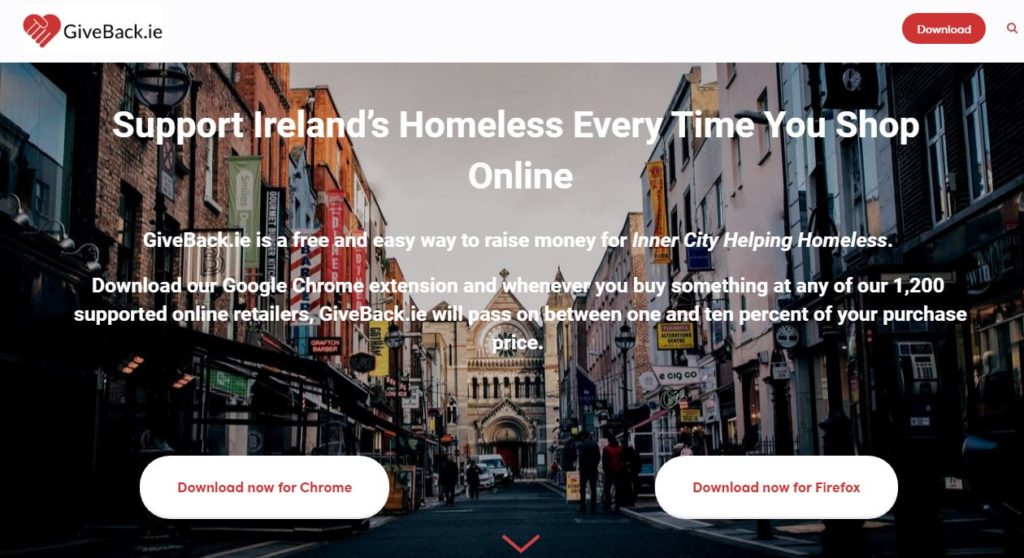 The initiative aims to attract 100,000 downloads over the Christmas period to help generate almost €6m in funding for the ICHH charity.

ICHH was established in 2013 to provide services to homeless people across the capital.

It receives zero in government funding, and currently operates with just two full time staff members and a team of over 200 volunteers.

Giveback.ie co-founder James Gallagher said: "We do most of our shopping online for Christmas and felt there must be a way we can use that to benefit the most vulnerable in society.

"With Giveback.ie, all you need to do is download the app, activate the function and forget about it.

"As you shop, you make a big difference and it doesn't cost you a cent.

"We've partnered with 1,200 retailers who will donate between 1-5% of your purchase directly to our charity partner. This could make a huge difference to the everyday battle to end homelessness in Dublin."

The concept came when co-founder, Victoria, sat with a homeless woman who she had seen wearing a jacket with her secondary school crest on it.

She discovered they had attended the same school in Clondalkin only a few years apart - and the woman had been made homeless days before Christmas.

The Giveback.ie app can be downloaded here