On this week's 'Parenting' segment on the Moncrieff show, one listener sought advice on what to do about her four-year-old daughter who has become "obsessed" with the tooth fairy and is trying to get more teeth to fall out to make her visit.

My four-year-old has become obsessed with the tooth fairy since her visit to my daughter some months back. However, since losing her first tooth, my daughter has tried to make her other teeth loose so she will get more visits.

She will sit there and force a wiggle out of her teeth and often makes them bleed. She made one so loose to the point that it fell out. So that's two teeth in quite close succession and I need her to stop, but she thinks it's magical and doesn't seem to feel the pain in what she's doing.

Please help me make her stop, she's going to do damage to herself. I've a dental appointment booked for two weeks' time just in case.

"Small kids are quite oral fixated, they put things in their mouths, they lick things, they explore their world through taste at that age and she's quite young to have lost her first tooth and certainly two teeth, so I'm glad you're going to the dentist.

"But I'm going to say, definitely give the dentist a heads-up on this so they can examine her and have one of those, 'Hmm, it looks like you've been hurting your teeth kind of observations'. I think if it seems to come organically, that the dentist says, 'Oh you've been hurting your teeth, you need to think about that', I think children will often take that message from another adult in charge even more than they do from their parents. So just give the dentist a heads-up on it.

"I think as well your four-year-old is so immersed in that lovely, magical, omnipotent, imaginative place and the excitement that the tooth fairy came and took the tooth away, You could ask them, 'Could you not push or pull your tooth out because it damages the teeth and fairies can only collect ones that fall out on their own'. 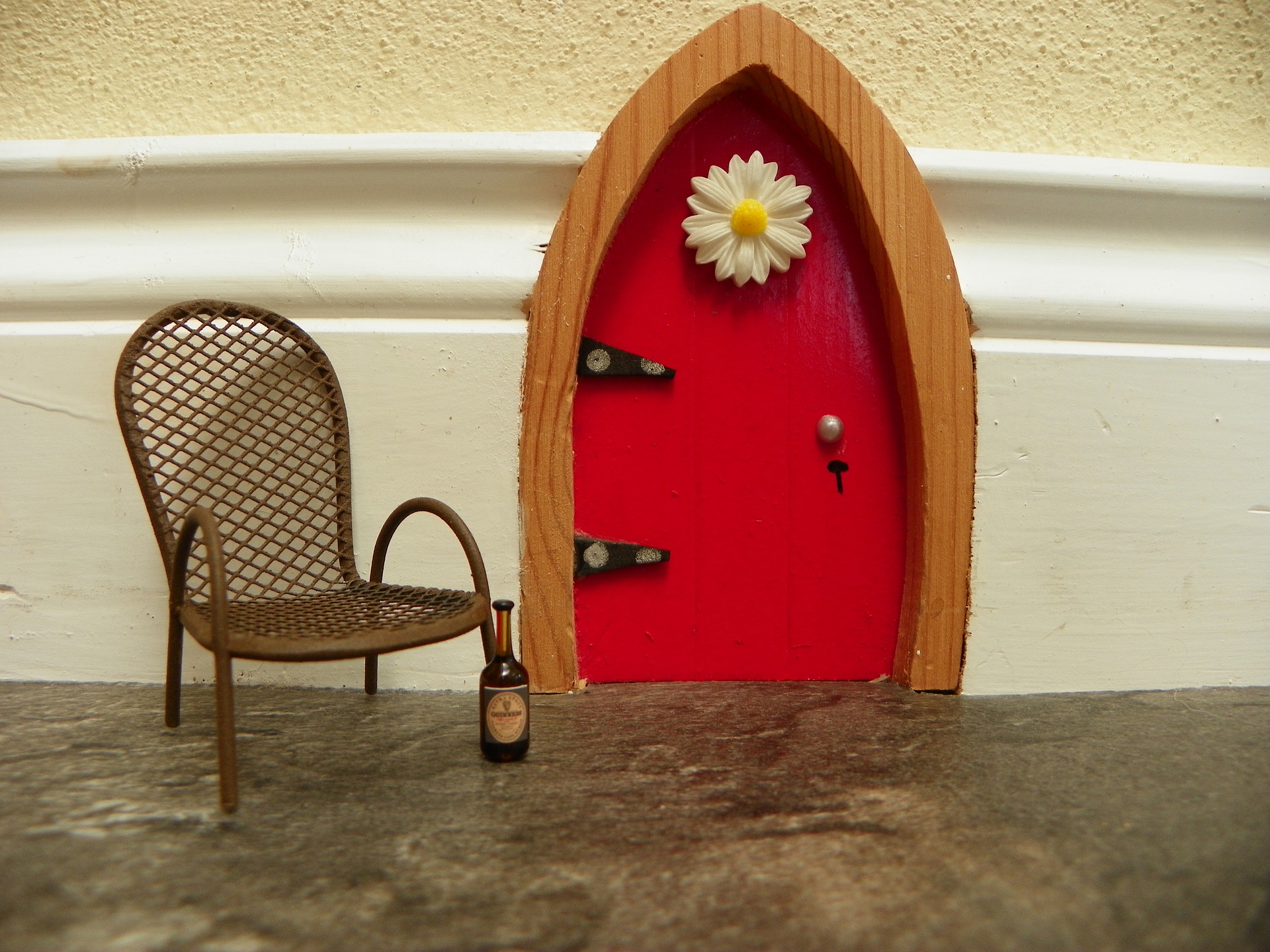 File photo of a fairy door. Image by HOS70 from Pixabay

"It comes from the fairy, and you might consider, because she loves the idea of the fairy visiting so much, that your tooth fairy could nominate a house fairy that can move in. You could draw a little door on to the sides of one of your doorframes or you could get a little fairy door.

"The house fairy could move in who is not related to teeth but who can leave notes, occasional treats, and treats don't have to be sweets, they can be stickers or pencils or crayons or something like that, and just give her that imaginative release.

"But I think if the message is initiated by you, which it clearly has been, but then it's amplified by the dentist and reaffirmed by the tooth fairy herself, I think that would get the message across."