Alanna Quinn Idris (17) was left with serious injuries after she was attacked in Ballyfermot last week.

The mother of a teenage girl who was seriously assaulted in Dublin has emotionally described the impact of the 'devastating' attack on her daughter.

17-year-old Alanna Quinn Idris was brutally attacked in Ballyfermot at around 9:30 pm on Thursday night.

She was left with injuries including a ruptured eyeball and broken bones in her cheek and eyeball.

The teenager has been told that there’s a 90% chance she will lose sight in her right eye as a result of the injuries she sustained.

A male friend who was with Alanna at the time was also injured, and is said to be recovering well.

Alanna’s mother Jamie spoke to Newstalk Breakfast about what has happened over the last few days.

She told Shane: “Alanna was in Liffey Valley all day on Thursday with her friends. She was waiting for someone to finish work, and they took the bus home to Ballyfermot.

Alanna and her friend got off the bus and were waiting for another of their friends when a group of youths arrived.

Some of those youths approached Alanna and her friend and “tried to intimidate them”.

Jamie said: “There was a little bit of a scuffle. Alanna was punched in the face and fell to the ground.

“She got back up as they were hitting her friend - they were trying to protect each other.”

Alanna doesn’t remember what happened next, but Jamie said she’s heard her daughter was “then hit with something”.

She said: “I don’t think a punch to the face can cause all the damage. But I’m not 100% sure - I wasn’t there, and don’t really know exactly what happened.

“There may have been a little bit of confusion in some reports saying the argument began with Alanna’s friend - that’s not true at all. He was there and he helped her.

"The argument started with boys who have tormented Alanna for a long time - they didn’t know Alanna’s friend.

“If he hadn’t have been there, I don’t know what have happened to Alanna. We’re so grateful to him.” 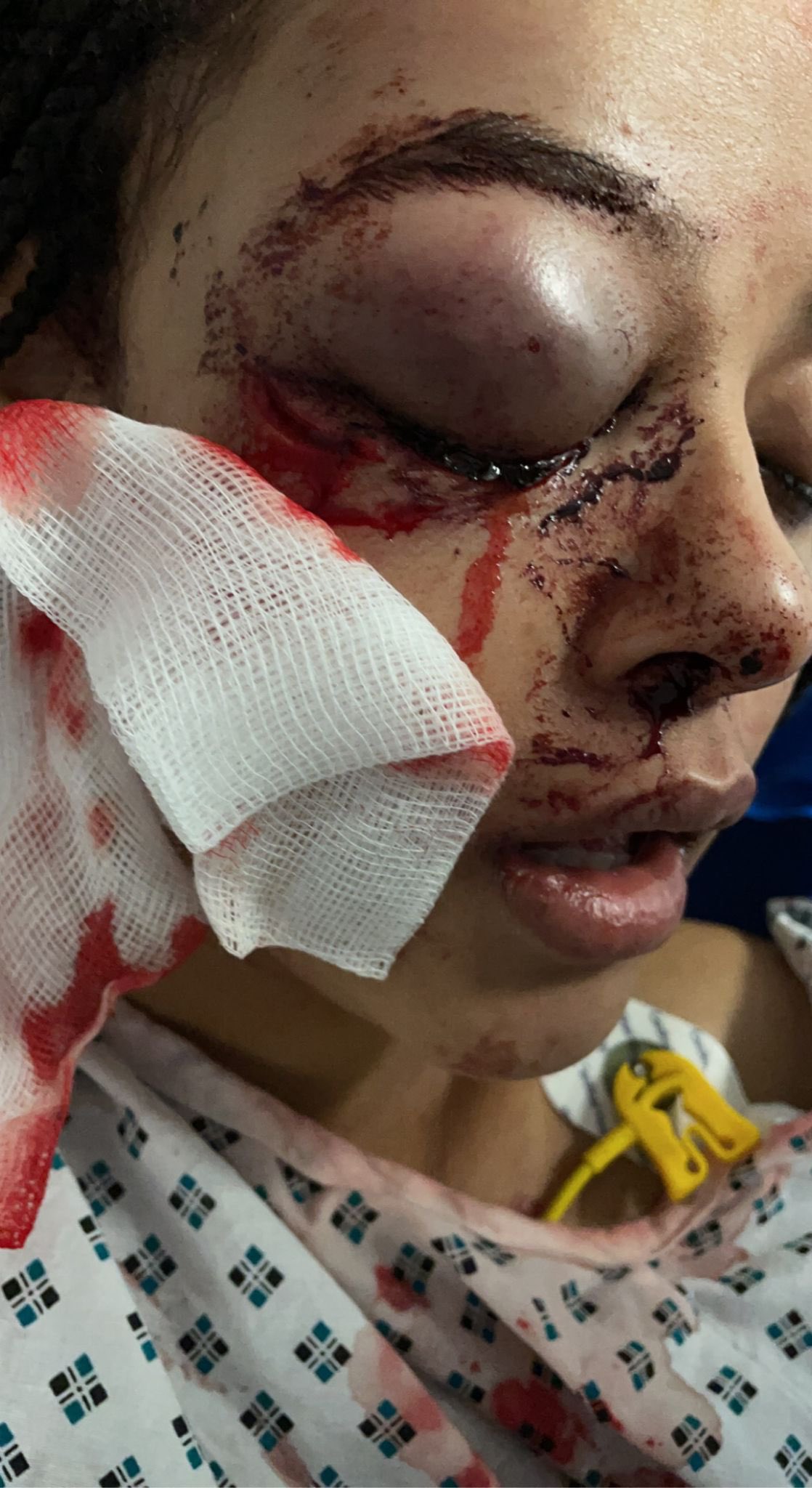 Alanna Quinn Idris was seriously injured in the assault

Jamie said her daughter was “doing really well mood-wise” at first but that “all changed” when she first caught a glimpse of what had happened to her eye.

She said: “She’s a 17-year-old - just worried about not looking normal… that’s her fear. Stuff like that nowadays is huge because of social media.

“The eyesight at first wasn’t such a huge deal - she was like ‘I still have one eye’. She was really hopeful the diagnosis was just the worst-case scenario.

“But I think after she saw the eye the other night… she was kind of like ‘this is not going to work anymore.’”

Alanna slept for the whole day yesterday, and Jamie says she doesn’t know how to comfort her daughter and make her feel better in the current situation.

Gardaí are investigating the assault, with no arrests made to date.

Jame said officers have been in “constant contact” with her in recent days.

She said: “They’re trying to do things correctly - I’m being patient.

“I don’t know much about the investigation at this point. But I know they’re doing their job.”

Anyone with information about the assault has been asked to contact Ballyfermot Garda Station on 01 666 7200, the Garda Confidential Line on 1800 666 111, or any Garda station.