More than three-quarters of LGBTQ+ students feel unsafe in school, a survey by the youth charity BeLonGTo has found.

The research interviewed over 1,200 students from all counties in the Republic of Ireland and also found that nearly 70% of respondents had heard homophobic remarks from their fellow students.

Furthermore, just under 60% had heard them from school staff.

One in three reported missing school because of issues surrounding their sexuality or gender identity, while one in ten said they worried they would not be able to complete the Leaving Certificate. 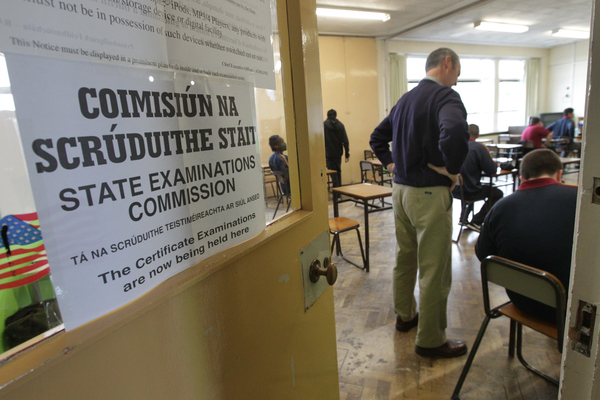 “The message is strong to policymakers, schools, parents, that we need to do something about this,” she told The Pat Kenny Show.

“Things are improving, they’re going in the right direction but this kind of change takes time."

She described the survey overall as a “mixed bag” and adding there are “some glimmers of hope” within it too.

“We saw a heart-warming 99% of students said that they now have at least one teacher or staff member in a school that they can go to for support around being LGBT,” she said.

“That’s amazing because we know from this research and other research that when a young person has somebody in a school that they feel safe [to] talk with, that improves their mental health and wellbeing and the likelihood that they’ll stay on in school.”

The survey also found there that LGBT lives are increasingly visible in the school curriculum - something Ms Griffith said was “heartening”.

“So, a growing number of people learnt about LGBT lives and experiences in English and history - not just in SPHE,” she said.

“All of this really goes towards and improves a young person’s feeling of being welcomed and included in their school environment.”