More Kinder products, including batches of Mini Eggs and Kinder Surprises, have been recalled.

More Kinder products, including batches of Mini Eggs and Kinder Surprises, are being recalled due to the possible presence of salmonella.

There have been at least 10 cases of food poisoning linked to the company’s products in the past 10 days in Ireland, according to the Food Safety Authority of Ireland (FSAI).

A number of the incidents involved young children.

The Irish cases involve the same strain of salmonella that has been detected in the UK and several other countries.

Over the weekend, the FSAI recalled certain batches of Kinder Surprise Eggs and overnight, a range of other products – including Kinder Mini Eggs, Kinder Schokobons and Kinder Egg Hunt Kits – were also recalled. 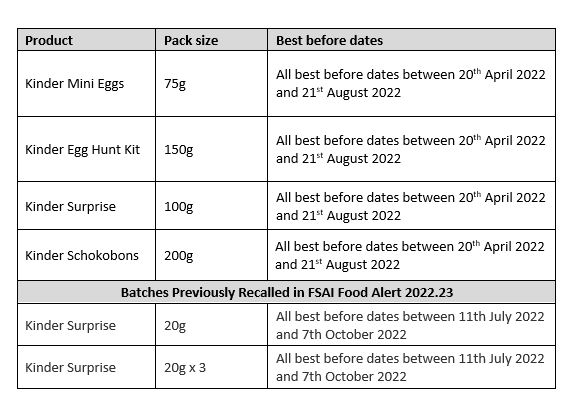 Customers who have bought the products are advised to check the best before date to see if they are included.

People are being warned not to eat anything from the implicated batches and to contact the Ferrero consumer careline on +44 (0)330 053 8943 or email consumers.ireland@ferrero.com if their chocolate is included.

Meanwhile, retailers are being asked to remove the batches and display point-of-sale recall notice in-store if they have already sold them. 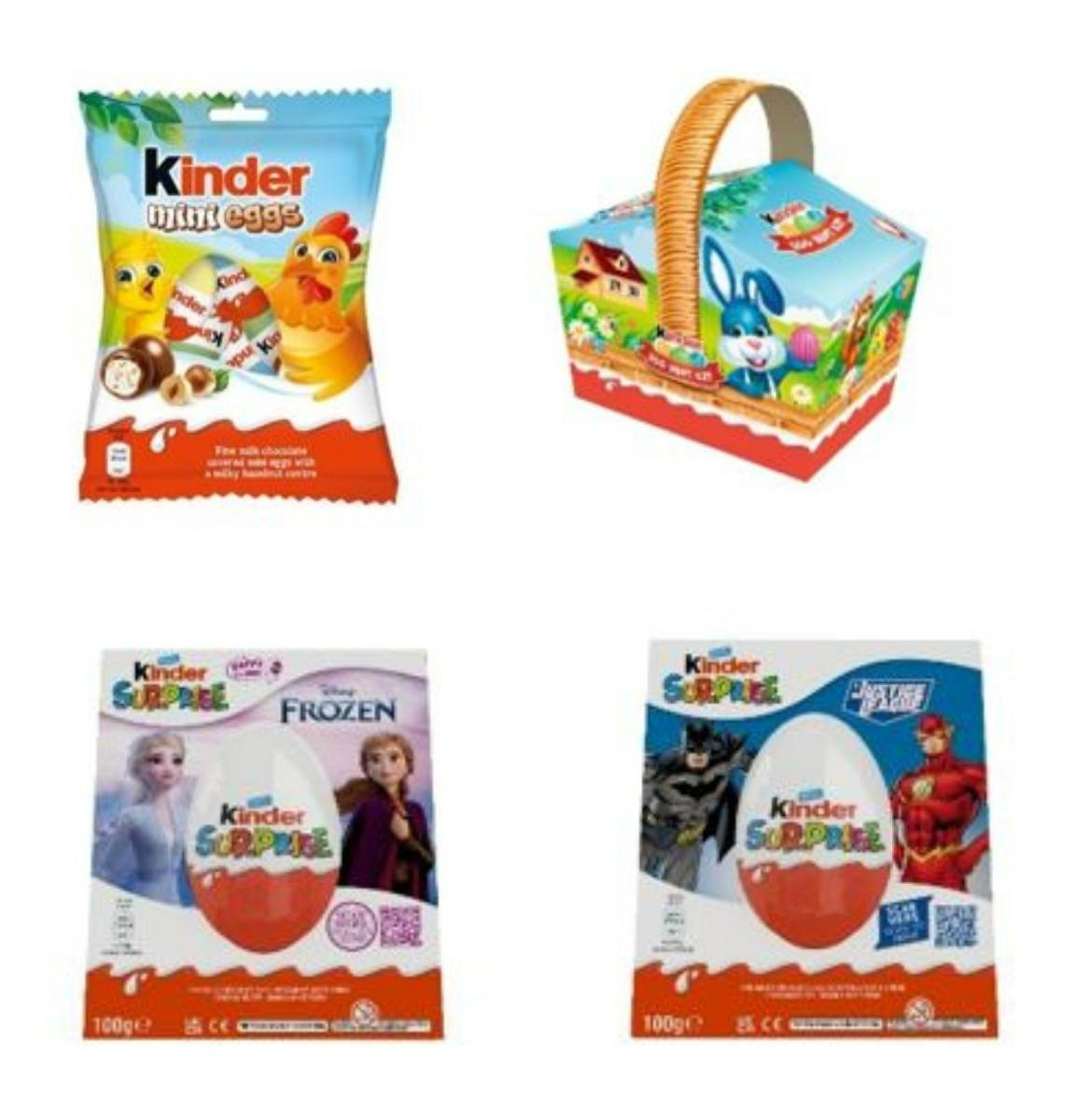 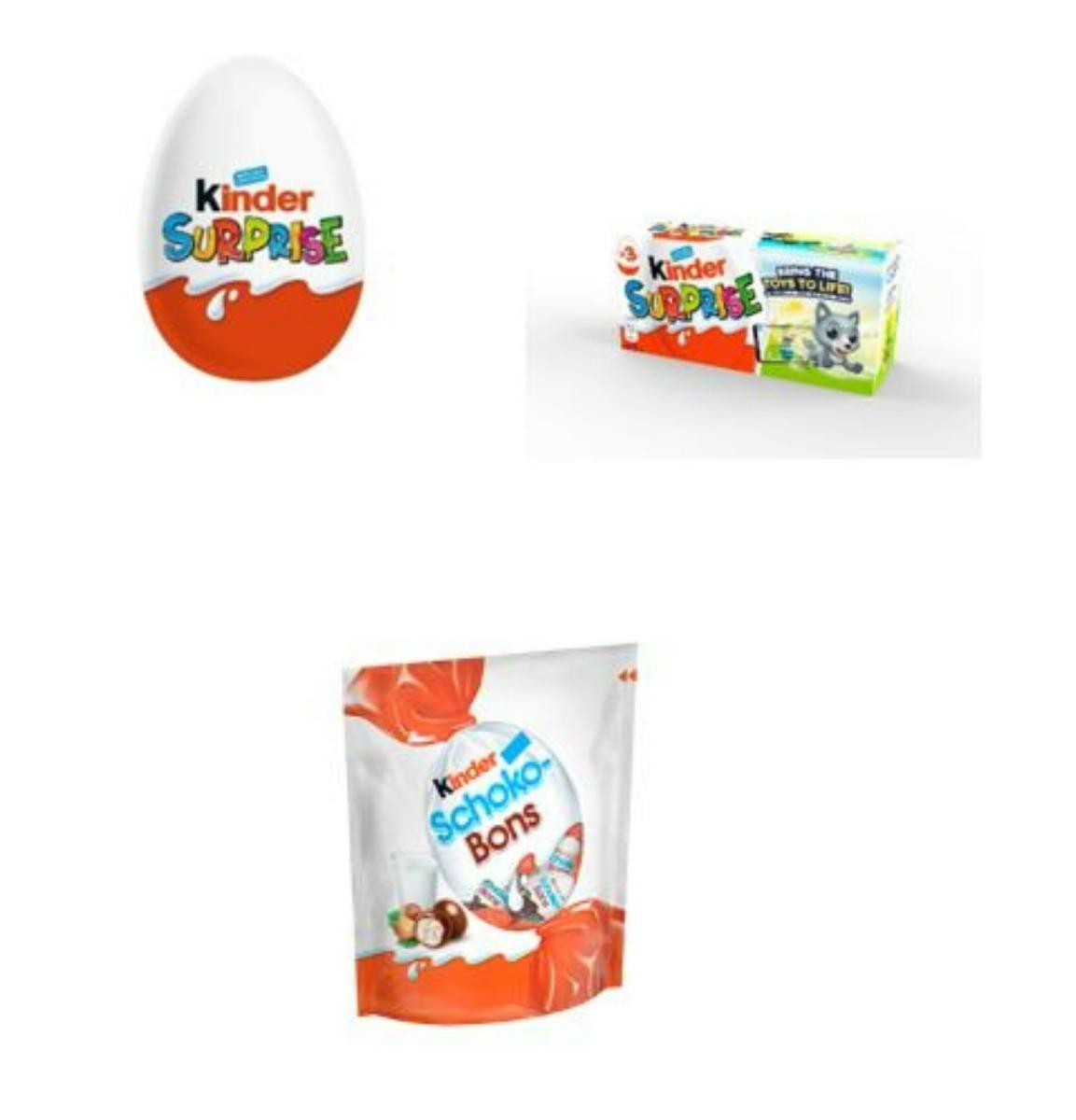 The FSAI said people infected with Salmonella typically develop symptoms between 12 and 36 hours after infection, but warned the time-period can range to between six and 72 hours

The most common symptom is diarrhoea, which can sometimes be bloody. Other symptoms may include fever, headache and abdominal cramps.

The illness usually lasts four to seven days and the diarrhoea can occasionally be severe enough to require hospital admission.

The elderly, infants, and those with impaired immune systems are more likely to have more severe illness.

'Selection boxes were out before Halloween' - Could plain packaging sweets combat over-consumption?

Make sure dogs don't get their paws on chocolate this Easter

What is Ireland's favourite chocolate bar? People have their say...