The leader of Sinn Féin says a deal to re-establish Northern Ireland's political institutions is...

The leader of Sinn Féin says a deal to re-establish Northern Ireland's political institutions is possible.

Mary Lou McDonald believes the Stormont executive and assembly can be up and running by Christmas time or early in the new year.

Problems with the scheme - introduced under the watch of DUP leader Arlene Foster while she was enterprise minister - meant that subsidies exceeded the cost price of the fuel, effectively encouraging users to burn extra fuel in order to claim money.

Mrs Foster refused to stand down while an inquiry was carried out into the scandal - leading to the then Sinn Féin leader in the North, Martin McGuinness, resigning his position. 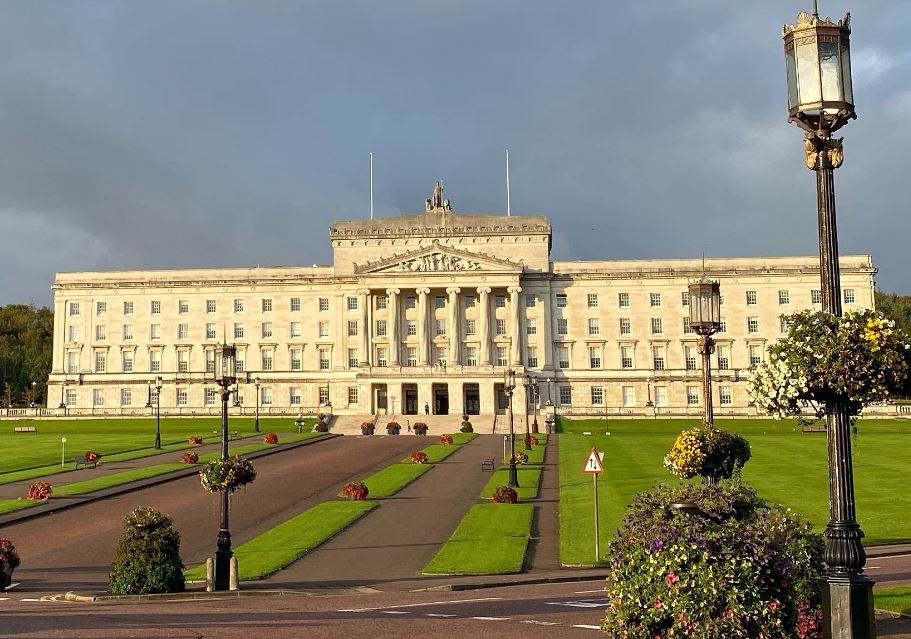 Parliament Buildings at Stormont in Belfast | Image via @JulianSmithUK on Twitter

Assembly elections were held in March 2017, but efforts to form a new executive have repeatedly stalled.

The region marked a milestone of 1,000 days without a working devolved government in October.

As a result of no sitting executive, London has brought in legislation to bring Northern Ireland in line with the rest of the UK around the issues of same-sex marriage and abortion services.

On re-establishing the institutions, Ms McDonald said: "On the 16th December, talks to re-establish the North's political institutions resume and these talks must conclude by the 13th January at the latest.

"Sinn Féin have made preparations, we have been in direct contact with both governments and our negotiators stand ready to engage in these talks. It is our view that a deal is possible and that a deal has always been possible.

"In February 2018, the DUP walked away from an agreement and they cannot continue to hold the rest of us to ransom.

"Almost three years on, the suspension of the institutions is unacceptable and unsustainable. It is our view that the executive and assembly can be up and running by Christmas time or early in the new year.

"The outstanding rights issues, legacy issues and reform of the Petition of Concern have long been discussed and must now be concluded.

"Political unionism, the DUP and the British government must finally step forward.

"Sinn Féin has never been the obstacle to reaching a deal and both governments know that."

She added: "I believe these talks can be successful; the issues we face are not new and the heavy lifting has already been done.

"The resolution of these issues is already in place - an Irish Language Act was agreed at St Andrews, mechanisms to deal with the past were agreed at Stormont House, the worst aspects of Brexit are mitigated by the current Withdrawal Agreement and the operation of the Petition of Concern needs to return to the manner envisaged in the Good Friday Agreement.

"Sinn Féin stands behind these agreements and we will honour all the commitments we have made.

"That is our firm view and Sinn Féin will enter these talks to resolve the outstanding issues and it is the responsibility of all parties to fulfil their obligations."

She spoke earlier to On The Record with Gavan Reilly: