Sinn Féin’s leader and deputy leader have apologised for any hurt caused by the large crowds t...

Sinn Féin’s leader and deputy leader have apologised for any hurt caused by the large crowds that lined the streets for Bobby Storey’s funeral.

Hundreds of people failed to observe social distancing as they lined the streets after the funeral of 64-year-old former IRA member in west Belfast on Tuesday.

A number of prominent Sinn Féin members attended the funeral; however, the party has insisted that they followed public health guidelines while they were there.

On Newstalk Breakfast this morning, party leader Mary Lou McDonald said no member of the party will face sanction for the incident – but apologised to anyone who was hurt by the gathering.

“Can I firstly say that I am acutely conscious of everyone who has lost a loved one and buried them in the most difficult and heart-breaking and lonely of circumstances at the heart of the pandemic,” she said.

“The very fact that people could not have church services if that is what they wished or even enter cemeteries or crematoriums was incredibly, incredibly hard.

“Can I also say that I do understand that looking at the images of very busy pathways in west Belfast and taking all of that in obviously has jolted and has caused some hurt among some of those families and for that I am very sorry.

“That certainly would never have been my intention or Michelle’s intention or, let it be said, the intention of the Storey family as they laid Bobby to rest.” 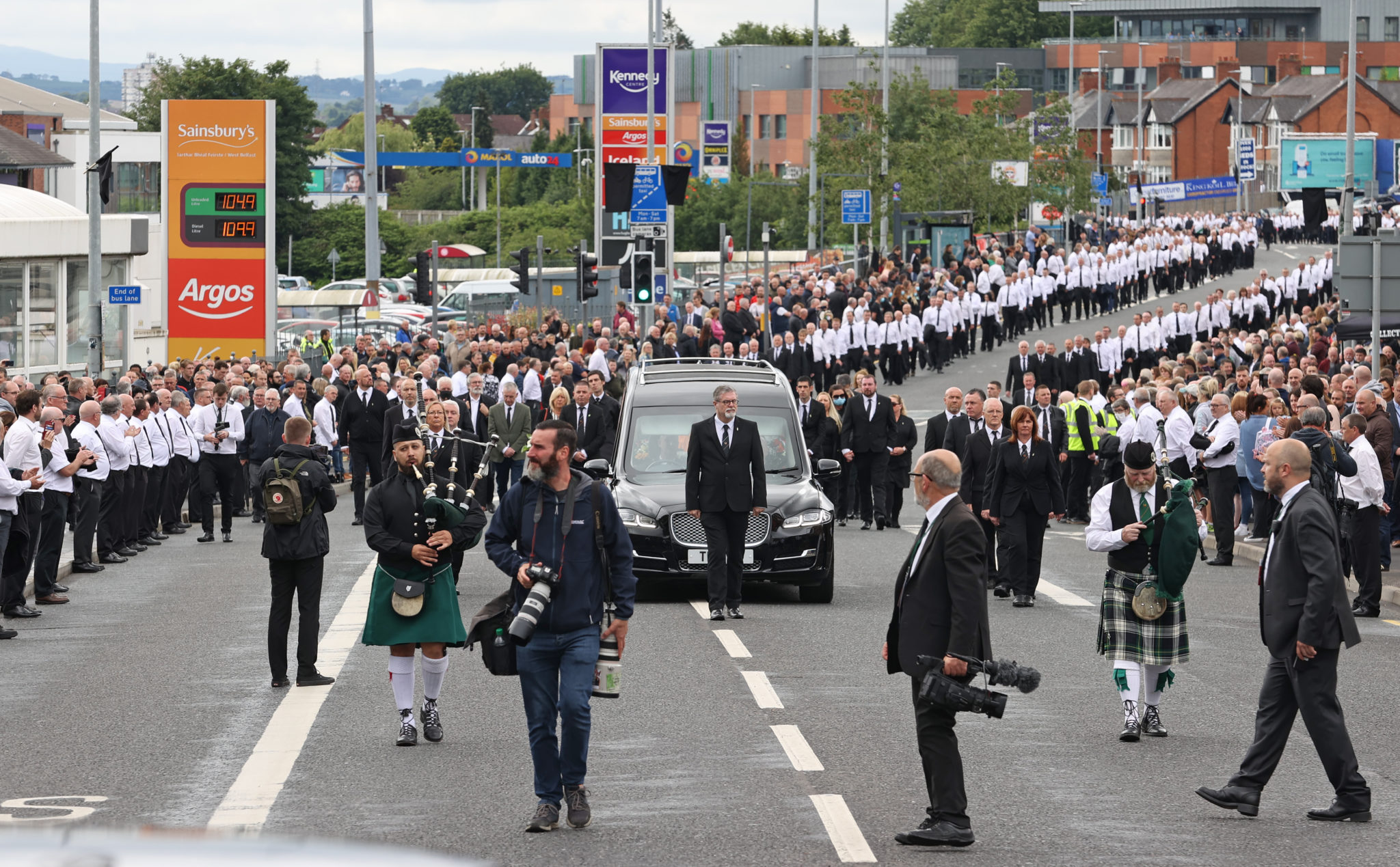 In a statement this morning, Michelle O’Neill she has “listened carefully to the voices of those who have lost loved ones” during the pandemic and noted that “no family’s grief is more important than another.”

“I am particularly concerned that grieving families, who have lost a loved one during the pandemic had their heartache compounded by the necessary restrictions which were in place at that time.

“Not being able to have their family and friends’ support to help them through was hugely difficult.

“I am also concerned that those grieving families are experiencing more hurt over recent days. I am sorry for that.” 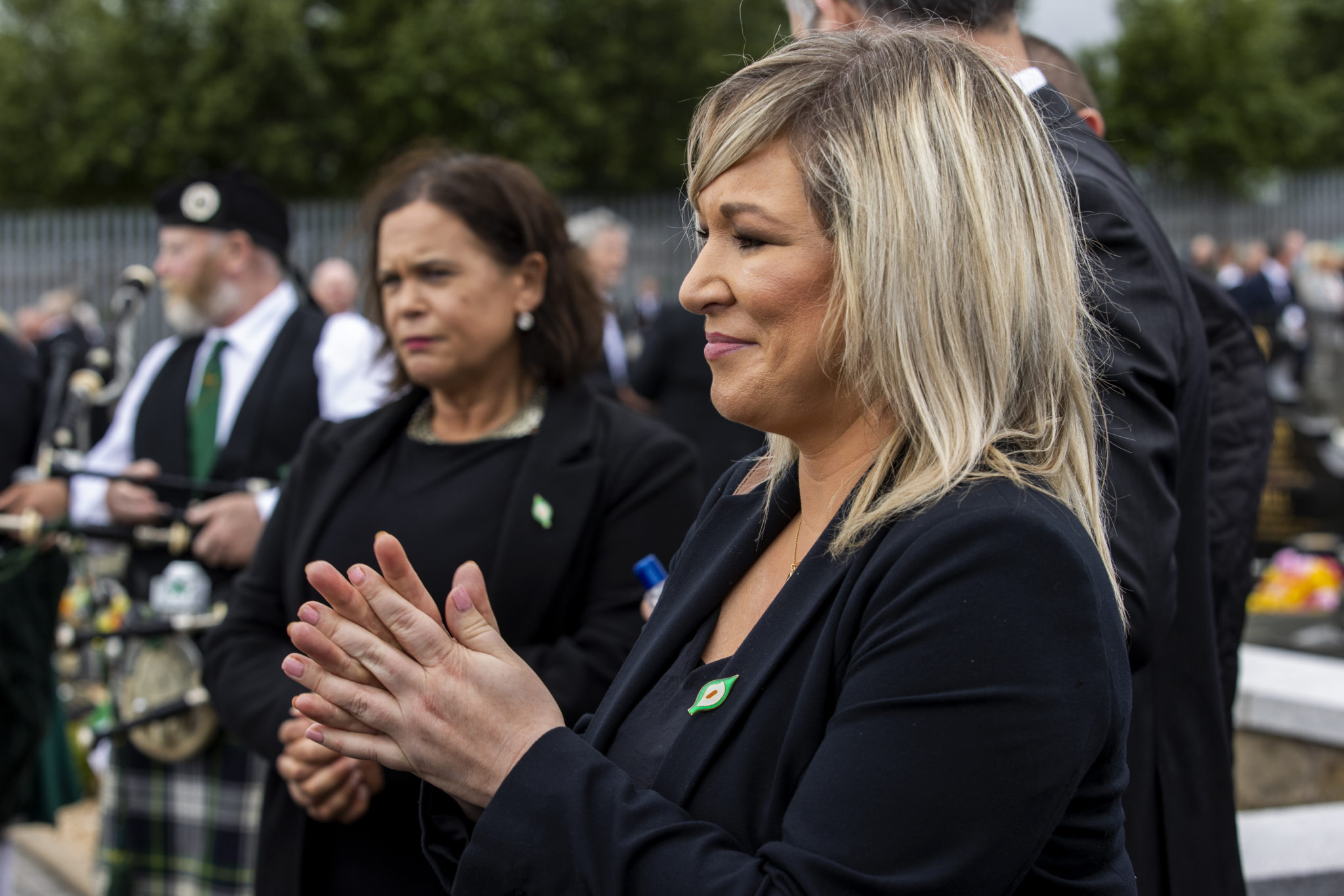 The leaders of Northern Ireland’s political parties are preparing to meet this afternoon – after Ms O’Neill said she would not be stepping down over the controversy.

The Sinn Féin deputy leader insisted she followed public health guidelines while at the funeral mass and during the procession.

“If the regulations had prevented me from attending his funeral I would have obeyed those regulations,” she said.

“At the funeral and mass I kept to the regulations as I have advised others to do. The PSNI will look into all of this.

“It is unfortunate that this matter has divided the Executive. We have important work to do and I firmly believe that all the parties of the Executive are committed to this and to powersharing.” 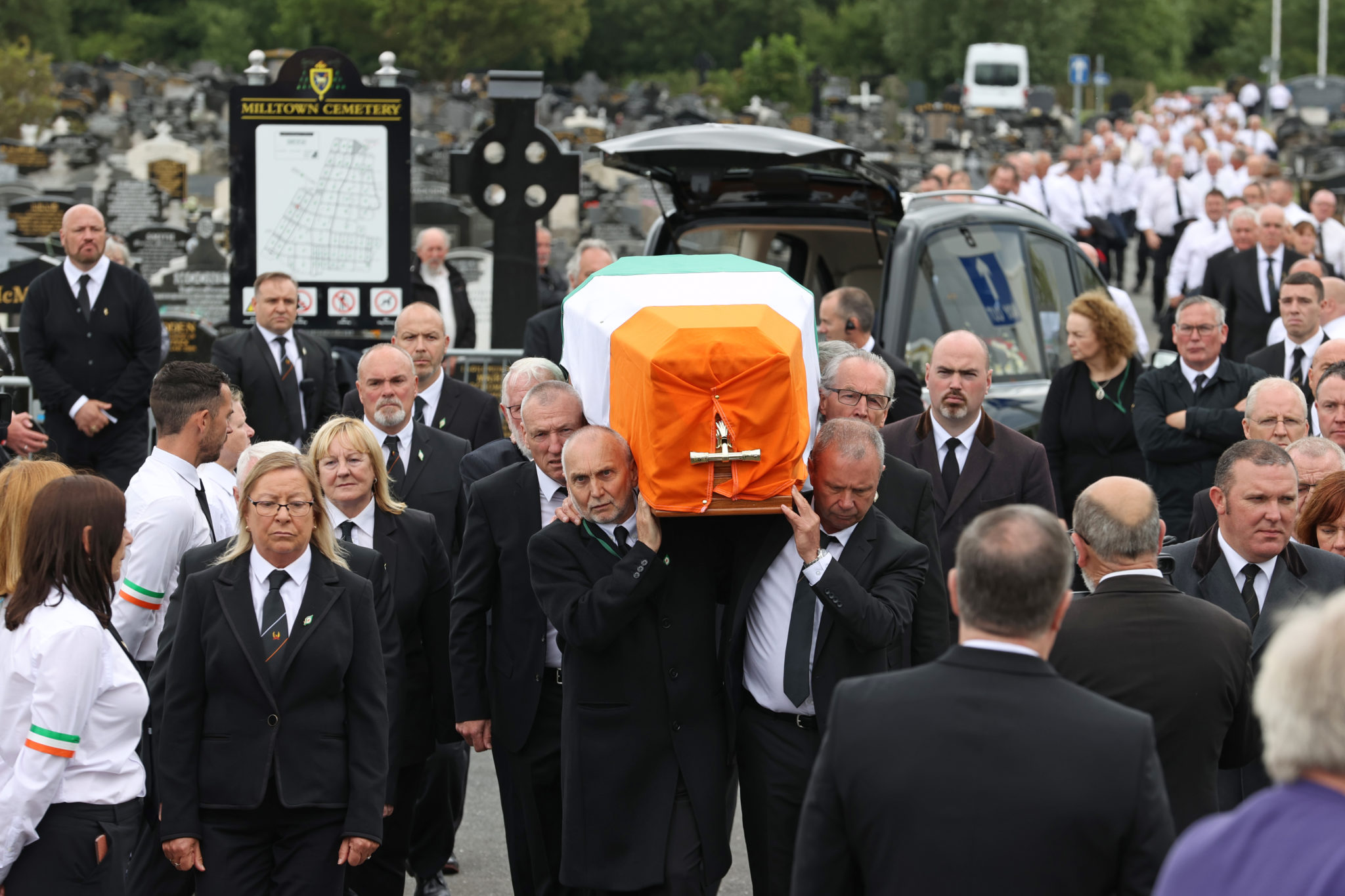 Meanwhile, Deputy McDonald admitted that the crowds lining the streets for the funeral procession were “very large” and said she understands people’s concern over the ceremony.

“Social distancing when people come out in those numbers is very, very difficult if not impossible so I understand the anxiety looking at that,” she said. “I get that.”

You can listen back to her full interview with Newstalk Breakfast here: