A parish in Co Mayo is turning tech-savvy to get its Christmas mass out to as many people as want...

A parish in Co Mayo is turning tech-savvy to get its Christmas mass out to as many people as want it.

Christmas mass this year will be limited to no more than 50 people.

Dioceses across the country are preparing to celebrate Christmas in line with the public health guidelines.

As the country moves to level three on Tuesday, church doors will re-open - but places of worship will be limited to 50 people.

And while from December 18th restrictions on household visitors will ease somewhat, still only 50 people will be able to attend mass at any one time.

Some priests are worried they may have to turn people away if they reach capacity.

He told Lunchtime Live they are "absolutely delighted" to get the doors open again.

"Back in March when the first big lockdown came we went online literally the next day, and people really took to that very fast.

"So we haven't had a huge problem in Westport about turning people away".

He said their capacity would be around 1,200, with normal weekend masses averaging at 800 to 900 each. 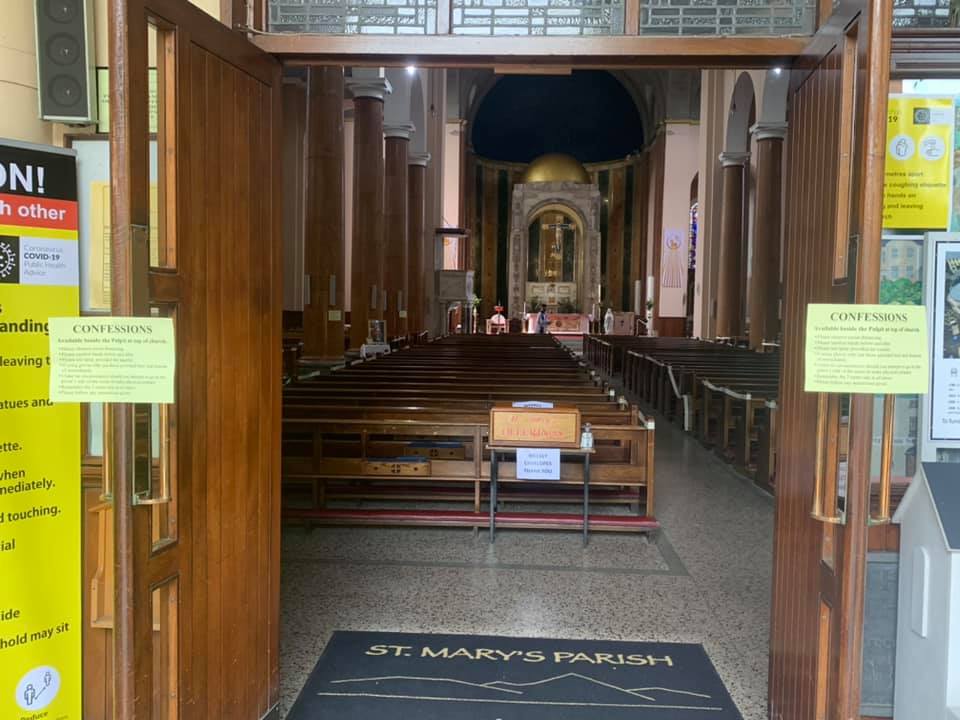 "We'd have a fair population in the parish, but then we'd also have a huge influx of people who are visitors.

"So you could have, maybe, a quarter of the congregation could be not from the parish every Sunday".

But he said the parish is moving with the times.

These contain some straw from the crib and a candle "that people can connect with" - as well as balloons and sweets for the children.

"We're trying to make it as interactive as possible, so people just don't feel they're sitting there, we're encouraging people with Facebook to get Chromecast as well for €40 - if they can afford it - with their Christmas decorations".

He said people should watch from home - but has this advice for those who wish to come down to the mass.

"The overflow of that, we're encouraging them to stay in their cars - and hopefully then we'll have a socially distanced and a careful situation put in place where we'll be able to give them communion outside of mass.

"But we're still working on the logistics of that".

He said it will be on a first-come, first-served basis.

"The best thing we can do after that is say to people 'Look, just go back to your car, put on your parish radio, put on your Facebook in the car and when mass is over come back to the church and we'll be able to give you communion safely'".

Fr McDonnell added they have considered ticketing communion, or having a booking system, but decided that is "equally unfair".

Main image by kisistvan77 from Pixabay