Former President Mary McAleese has remembered Prince Philip as 'very easy company' and someone who was 'very well-read on Irish history'.

The Duke of Edinburgh died earlier today at the age of 99.

Mrs McAleese was President when Queen Elizabeth and her husband visited Ireland in 2011 - a historic event as it was the first visit by a British monarch to the Republic.

Prince Philip had visited Dublin on previous occasions without the Queen.

In 2006, Mrs McAleese and the Duke of Edinburgh jointly presented Gaisce awards to dozens of young Irish people.

The former Irish president told The Hard Shoulder the royal's death is a very sad day, particularly for the Queen and her extended family.

She recalled: "He was quite a character - he made quite an impact when he came here on the very first-ever state visit by a living monarch to the Republic of Ireland.

"His humorous way and ease of conversation and natural everyday curiosity I think won people over during that visit. Who could forget seeing him in Croke Park with the hurl and sliotar in his hand... or down at the Guinness Storehouse?" 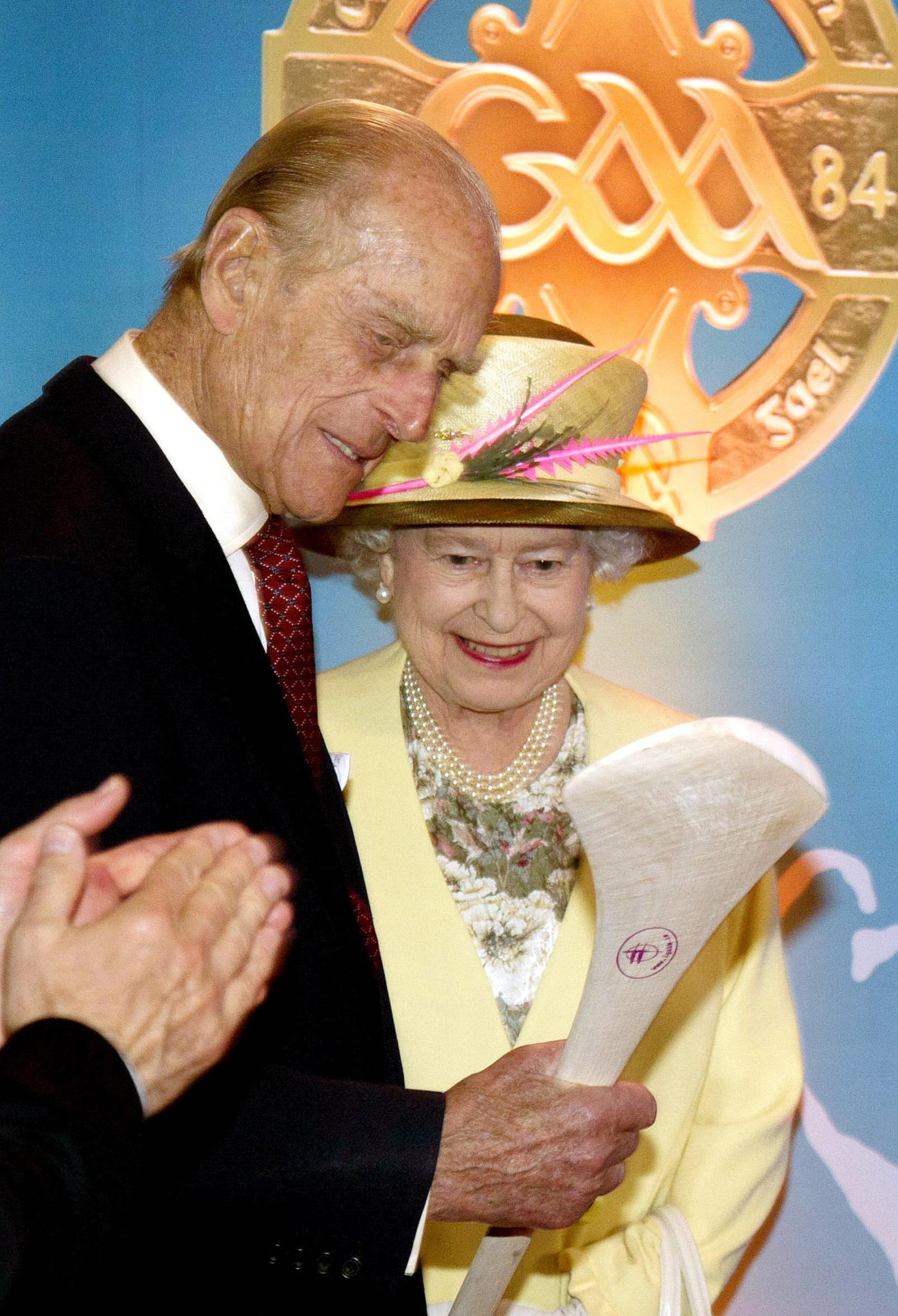 Queen Elizabeth II and the Duke of Edinburgh admire a hurley during a tour of Croke Park, Dublin, during the second day of her State Visit to Ireland. Picture by: PA Wire/PA Archive/PA Images

Mrs McAleese said the visit was one of the "iconic" moments in the evolving history of the UK and Ireland.

She observed: “I was really taken by the fact that he and her majesty the Queen were really very well read on Irish history, and very up-to-date on contemporary political issues.

“Most importantly, what came across to me that day was how convinced they were for the need for reconciliation and a culture of strong, good neighbourliness.

“In every way, he was a moderniser... he was prepared to go the extra mile.”

She said the Queen and Prince were 'more than willing' to meet Sinn Féin during their visit to Dublin, although that ultimately did not happen until a few years later.

She suggested the Prince didn't "make any big deal” about about meeting the republican party, despite his beloved uncle Lord Mountbatten having been assassinated by the IRA in 1979.

In terms of Philip's personality, Mrs McAleese recalled: “He was very, very easy company. I think that’s a great recommendation in Ireland… and he was funny.

"We remember the banter he had down in Cork with the fishmonger.

"He was the opposite of shy."

Mrs McAleese said she believes many people thinking about the Duke of Edinburgh today will remember him fondly.

She said: "[They'll] think of the sadness of a wife who has lost her partner of over 70 years... her life partner.

"It’s an absolutely remarkable story, and it is a love story - anybody who was in their company would know that's what it was."