The leader of Sinn Féin has said she would be "uncomfortable" with any legislation that would re...

The leader of Sinn Féin has said she would be "uncomfortable" with any legislation that would restrict certain people's access to indoor dining and drinking.

The government is examining the prospect of only allowing those who are vaccinated, recovered from COVID-19 or have a negative test to access indoor hospitality

On Tuesday, Taoiseach Micheál Martin confirmed the return of indoor activities was being delayed by at least two weeks.

Indoor dining is expected to open to fully vaccinated people or those who have recovered from coronavirus sometime after July 19th, with a system for managing it being worked out over the coming weeks.

It was also reported today that people who are not vaccinated against COVID-19 could be given access to indoor dining if they get a negative test.

The proposals come amid concerns over the threat posed by the Delta variant of the virus.

Speaking to On The Record with Gavan Reilly, Sinn Féin President Mary Lou McDonald said she wants to see indoor hospitality permitted for all groups.

"We want hospitality reopened in its entirety to everyone, I think it's hugely problematic that you would have a system that's discriminatory and for the most part, discriminatory against young people," she said.

"I think the government recognised that was hugely problematic to have a generation of younger people working in hospitality, waiting on their elders but unable to enjoy or avail of those hospitality services.

"They have moved now, which I welcome, although it was slow, to provide vaccination opportunities at least to some of the younger cohorts so they need to step that up.

"The objective has to be not simply to say that we are going to exclude people but the government plan has to be how you include people.

In the meantime, Mrs McDonald expects the sector to open up to those who can avail of it, which is "not ideal" or how she would wish things to happen.

"From the government's perspective it's about pressing on, stepping up vaccinations, assessing and going back to the use of antigen and PCR testing and not simply saying well, 'We're going to exclude a set of people working', and set out a plan for the public that sets out the milestones in terms of including everybody," she added.

The Sinn Féin leader stated that she would be "very reluctant" to support any legislation restricting access to pubs and restaurants.

"I don't like that kind of discriminatory approach, I think it's deeply unfair but I'm not going to speculate," she said.

"For me, I'm uncomfortable and unhappy with anything that says to a section of our population, particularly young people, that they would be excluded from enjoying services that are available to others and young people, in huge numbers, actually run and provide for others. 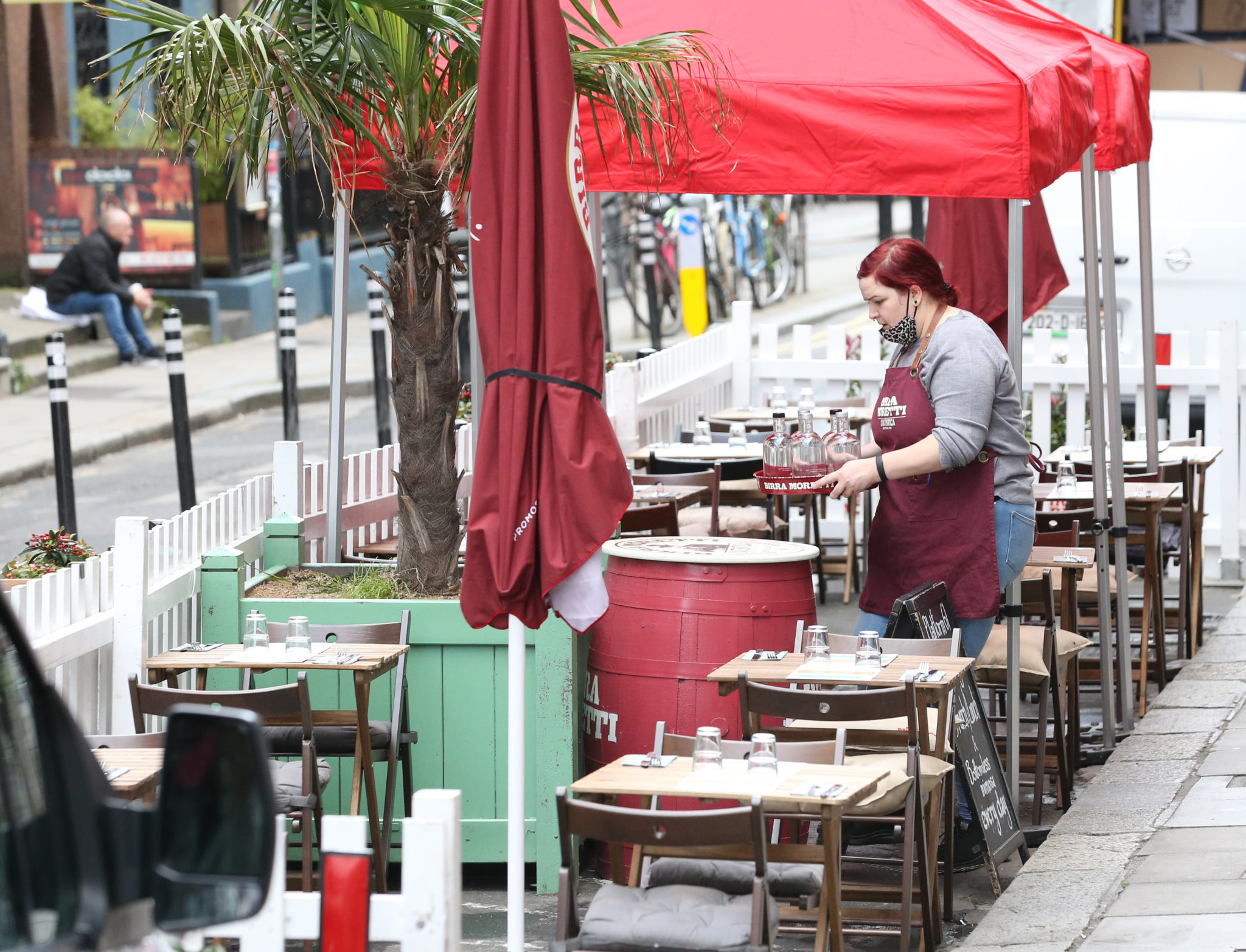 Mrs McDonald stated it was "deeply frustrating" that antigen testing is only being piloted now.

The rapid testing system was successfully utilised at a pilot music festival in Dublin on Saturday attended by more than 3,500 people.

"I think the government has to ask for and be cognisant of the [public health] advice that's brought forward," she said.

"Our instinctive position is to respect that advice but I don't believe viable options like antigen testing should be taken off the table.

"I believe they have to be tested, assessed and then deployed to get society back up and running."

As an opposition party leader, Mrs McDonald offered what she would do differently if she was in government and criticised what she called an "11th hour" approach.

"I think we saw last week the incoherence, mixed messages, the slowness to act that has been the hallmark of how this government has handled many moments in this crisis over the last year or more," she said.

"As I said to the Taoiseach and as has been said to the Tanáiste many times, what I would not do is allow situations to run to the 11th hour, to march the hospitality sector, for example, up the hill only to march them back down again.

"I would not allow the kind of gap that seems to have emerged between NPHET and NIAC, those that set out the parameters of the vaccination programme and government, in other words, I would deliver a planned, thoughtful, and properly communicated approach and that is what has been sadly missing.

"The frustration of people, particularly those that own businesses, those that also work in hospitality, people in events and entertainment, has always been the sporadic, communication or lack of communication and the uncertainty that this government has almost promoted." 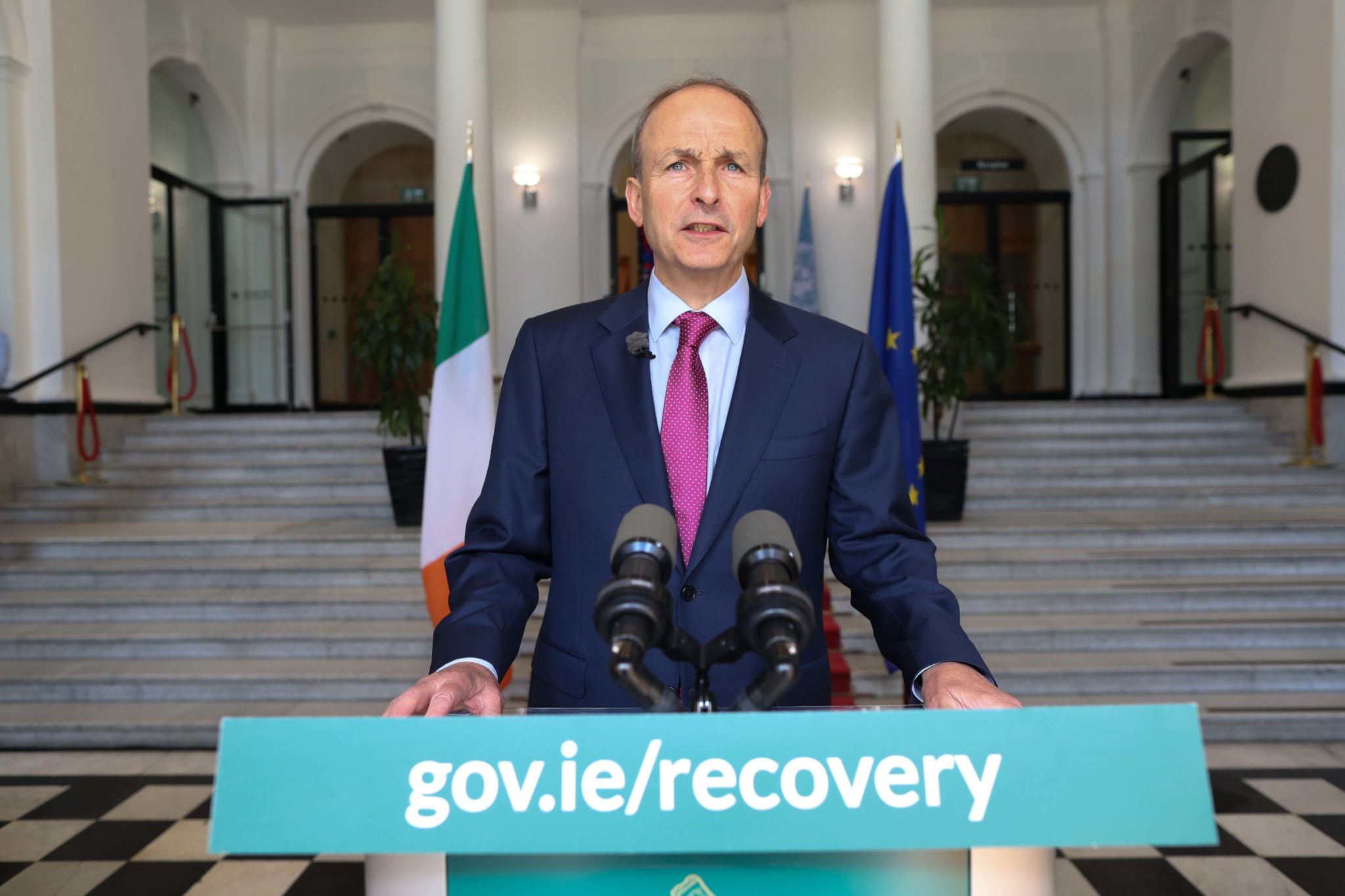 She added that the government was aware of the looming threat posed by the Delta variant and should have anticipated the impact it would have on restrictions easing.

"They also know that NPHET, those whose job it is to advise government, take a very cautious and conservative approach.

"For the life of me, I cannot understand how the administration, the Taoiseach in particular, cannot force a level of coherence and joining up of the dots that's necessary on one hand, to ensure that the government acts with the best and the most current advice, but also ensuring that society at large, and particularly the sectors and the people affected, are kept at pace with developments.

"The way in which the government made their announcement on the cancellation of resuming hospitality, you'd imagine that the Delta variant was breaking news overnight.

"I'm struck time and again at the lack of organisation and thoughtfulness that this government exhibits in dealing with what I acknowledge to be an extremely difficult situation."