The leader of Sinn Féin Mary Lou McDonald has said the "logical" thing for Britain to do in the ...

The leader of Sinn Féin Mary Lou McDonald has said the "logical" thing for Britain to do in the event that surplus COVID-19 vaccines are available would be to "distribute them onwards".

Her comments come after it was reported today that the UK intends to give 3.7 million doses to Ireland.

The Sunday Times reports it would be the first time the British Government has exported vaccines to the EU.

However, an Irish Government spokesperson said they are currently unaware of any specific plans to share vaccines with Ireland at this stage.

UK ministers are said to be concerned that if the Republic fell behind in the vaccination programme, it could trigger a third wave in Northern Ireland through cross-border travel.

The paper quotes an unnamed British Cabinet Minister in the article, calling the move a potential "poke in the eye" for EU leaders.

However, speaking to Sky this morning, Culture Secretary Oliver Dowden said the UK does not "currently have a surplus" of coronavirus vaccines.

The British Government's "first priority" is ensuring the inoculations are delivered nationally, he said.

"Should we get to the point where we have a surplus of vaccines we'd make decisions on the allocation of that surplus," he added.

Sinn Féin's Mary Lou McDonald told On The Record with Gavan Reilly that the comments don't "qualify as an offer", rather they constitute "a statement of the obvious that if you have a surplus of vaccines that you shouldn't stockpile them".

"It's just a matter of enlightened self-interest to understand that for any place to be safe, for any population to be safe, we all collectively need to get ahead of this virus.

"Our immediate concern is obviously the population here on this island, our own communities and families and I know there's great frustration at this stage in terms of the slowness of our vaccine programme."

She said it needs to be understood that as the vaccine programme is rolled out nationally, there also need to be concern about the international situation.

"Reservoirs" of the virus anywhere "threatens all of us", she added.

"So of course, I would expect that of the British State, the British Government, had excess vaccines that they would do the logical thing, and as a matter of self-interest they would be looking to distribute that vaccine onwards.

Today's report detailed that the EU may have an issue with the UK choosing to allocate excess vaccines to one particular state.

On whether she anticipates that problem transpiring, Ms McDonald said she has "a deep concern about the behaviour of the British Government" in relation to how they handled the Irish Protocol and Brexit.

"I don't believe that on the issue of vaccines and vaccine distribution that a politics of confrontation should play out because there's no winners in a scenario like that," she said. 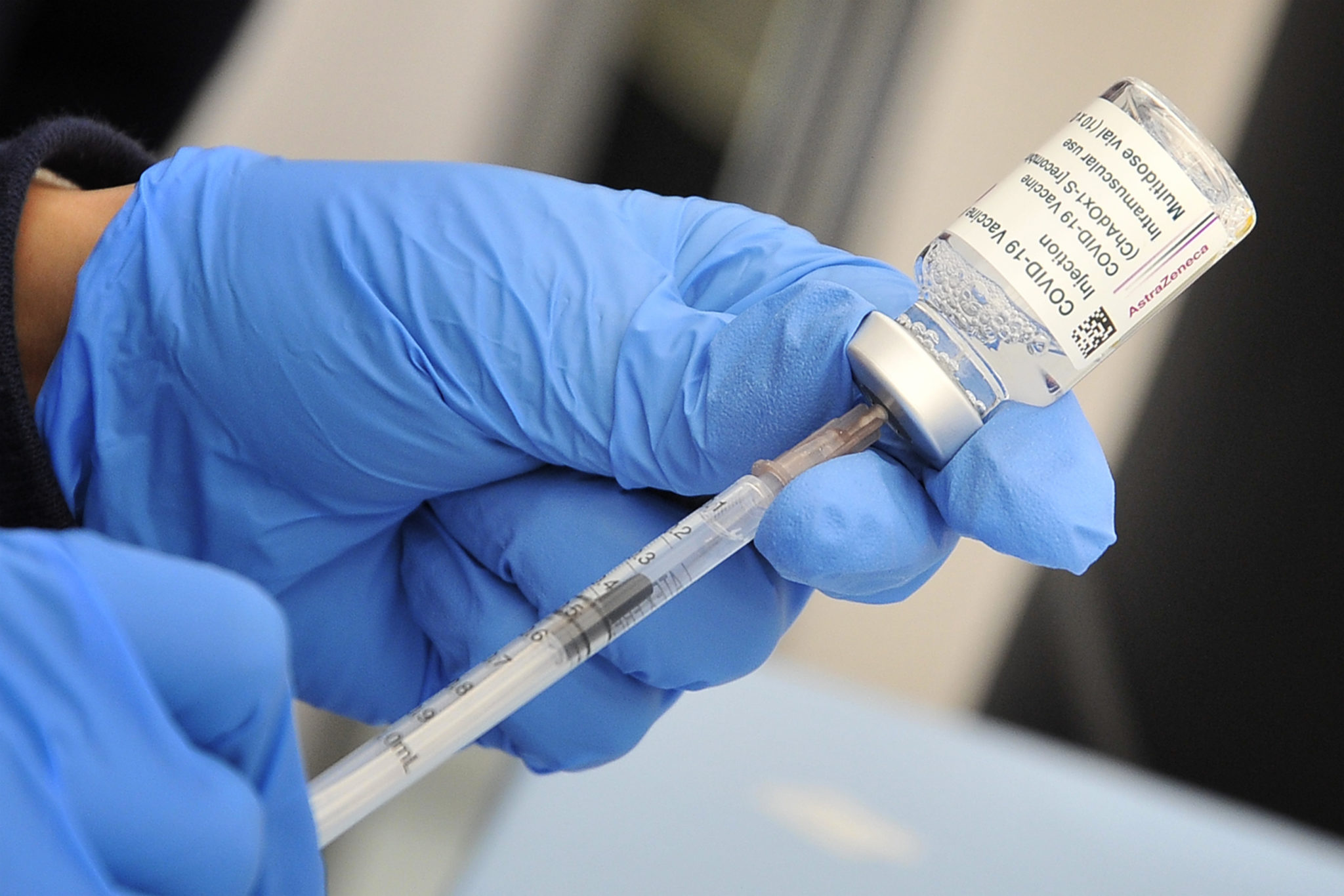 "While some at a European level might regard any talk from Britain of helping Ireland with additional vaccines as a kind of cynical poke in the eye, I think it's more productive to regard it, as I was saying earlier, as enlightened self-interest.

"And in any event, the diplomatic tensions between Britain and the EU are real, they're serious, they need to be handled in a way that is thoughtful and firm, but I really don't believe that getting into either a war of words or any kind of trade war in respect of vaccines or vaccine components will help anyone.

"Those that would be the cost of such an approach are those on the ground, older people, people with medical conditions, family carers, all of us who desperately want to see this vaccine programme rolled out nationally and internationally in a way that is safe."

This should be the focus and is the definition of "grown-up politics and grown-up diplomacy" that puts the citizen first, she added.

Ms McDonald agreed that the move by the UK could potentially be used as a quid-pro-quo to harness diplomatic goodwill to support changing the Northern Ireland Protocol.

She stated that any possible underhanded tactics to alter the Protocol would fail.

"Let's face it, there are no spare vaccines, that to me is a contradiction in terms at a time when we are all desperately waiting for supply," she said.

"There are certainly no spare vaccines on this island so, yes, it might be a ploy from London.

"If that was to be their approach I think it's extremely foolhardy, I think it's very narrow-minded, and I think it would be destined to fail."

The interest of a strong bilateral relationship between Ireland and Britain, between Britain and the wider EU, and globally, "will demand that people behave in good faith on these matters", she added.