A man who faces a daily commute of up to six hours has said he has no choice.

Wayne lives just outside Mullingar and has two round-trip drives to Dublin every working day.

He has been doing the commute for the last four years, when he and his wife were priced out of the Dublin housing market.

He told Lunchtime Live what his day is like.

"I'm living in Mullingar - so I drop the kids off to school, and my partner works in south Dublin so I drive her to south Dublin.

"I'm in a small village outside Mullingar, so there's not really much public transport there.

"We were both living in Dublin four years ago, but we moved out here because we couldn't get anything else when our house was being sold.

'They do their homework in the car'

He said he can spend up to six hours a day in the car, depending on traffic.

"And we're usually not home until probably about 7.30 or so.

"The kids do their homework in the car and things like that just to save some time when we get home".

He said being self-employed can be a help in this situation.

"I do have the time to do these things, but then again it doesn't leave me much time to do my own work as well. 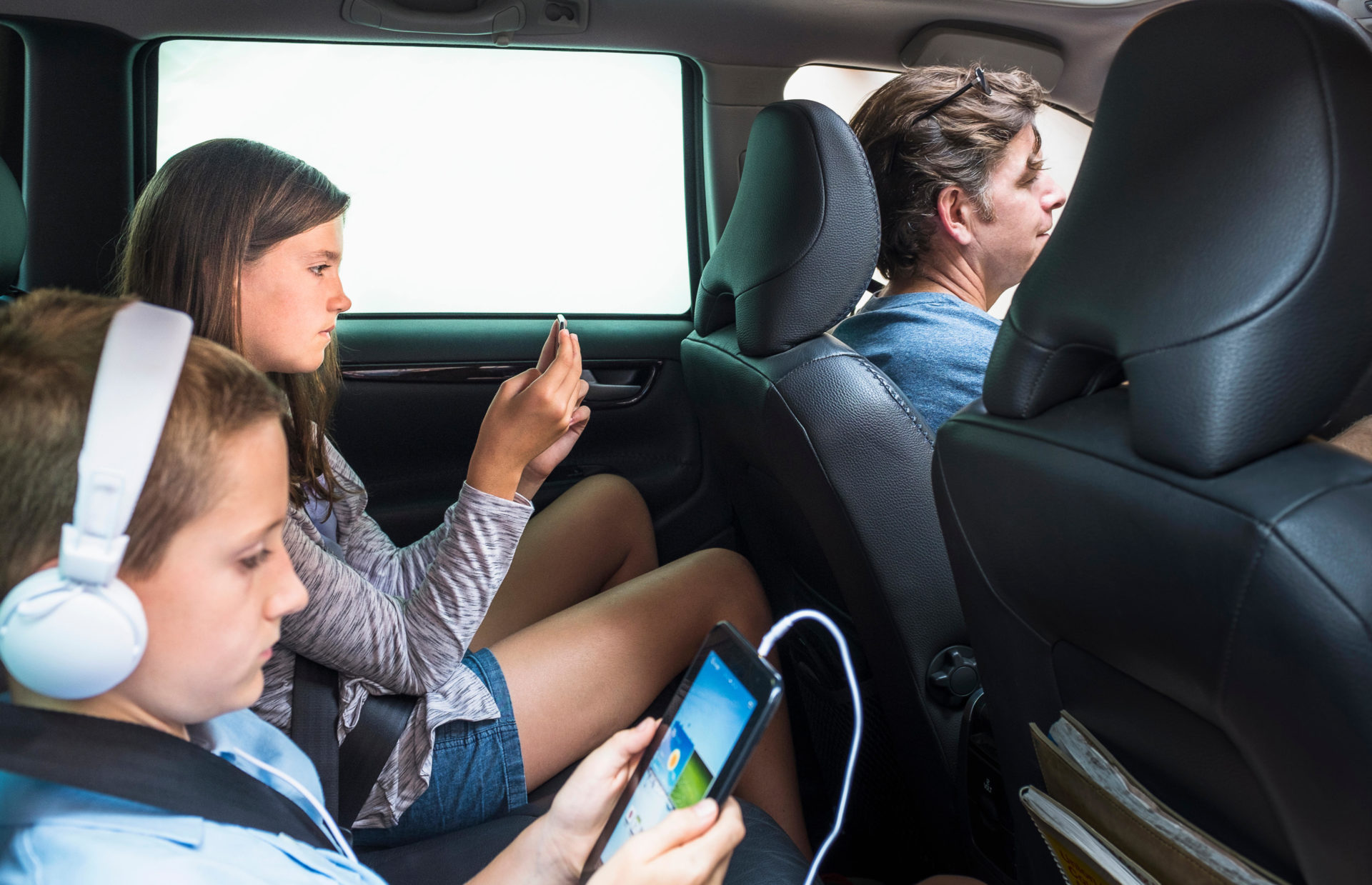 Children texting on their phones in the back seat. Picture by: Tetra Images / Alamy Stock Photo

Asked if his wife drives, he said: "She doesn't at the moment... and with the insurance costs and things like that, sure we wouldn't be able to afford the insurance.

Wayne said the bill for the electric car he drives is about €300 a month - "a hell of a lot cheaper" than petrol, he said.

All this week Newstalk will follow listeners on their commute and discuss the issues that they face on a daily basis with experts, policy makers as well as commuters themselves. Follow and post using #MyCommuteNT