A mural of Lyra McKee has been created in Belfast city centre. The 29-year-old journalist was sho...

A mural of Lyra McKee has been created in Belfast city centre.

The 29-year-old journalist was shot and killed by the so-called 'New IRA' while covering rioting in Co Derry last month.

President Michael D Higgins, Taoiseach Leo Varadkar and British Prime Minister Theresa May were among those who attended her funeral.

The image was created by Dublin street artist Emma Blake as part of street art festival 'Hit the North'.

The festival was established by Seedhead Arts and the Community Arts Partnership in 2013, as a response to vacant space.

It has become one of the biggest street art festivals in Ireland, and attracts artists from across Europe. 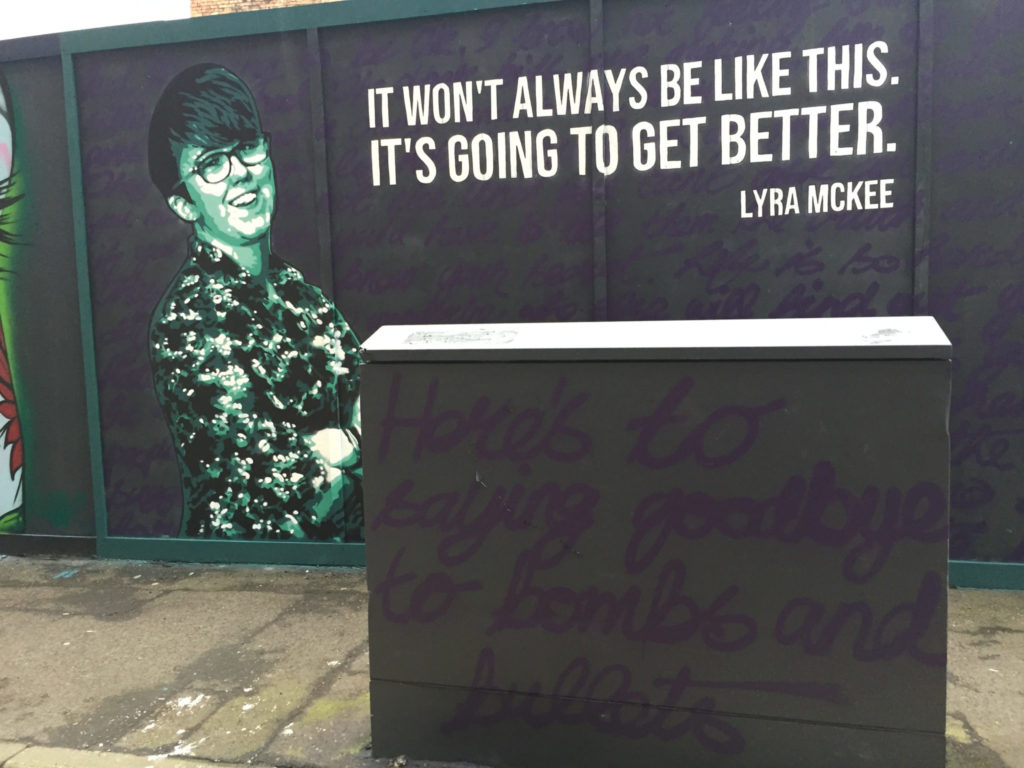 The mural features an image of Ms McKee alongside the words: "It won't always be like this. It's going to get better".

This phrase was taken from a letter that the journalist wrote to her 14-year-old self.

The letter touched on her struggles as a gay teenager in Northern Ireland.

Festival curator Adam Turkington told the Belfast Telegraph the location of the mural had been specially chosen, because it faces an existing artwork produced by artist Emic - where Lyra had once posed for a photograph.

"That photograph of Lyra went all around the world after her death," he said.

"I think it's really important for people. It keeps her legacy going."

The site is also close to St Anne's Cathedral, where her funeral was held on April 24th.