Recent studies on coronavirus reinfection are 'raising tiny alarm bells' among scientists, accord...

The leading immunologist said the research is still very much a work in progress, but that some recent findings mean the idea of herd immunity is 'being questioned severely'.

A first case of confirmed COVID-19 reinfection was confirmed in Hong Kong earlier this year, when a 33-year-old man tested positive with a slightly different strain of the virus.

Professor O'Neill told The Pat Kenny Show that further studies have since shown that reinfection is a reality, even if the full extent or risk isn't known yet.

He explained: "24 people have been studied very closely... it's tricky to do, because you've got to have a sample from them now and a sample from when they were infected the first time.

"Remember, this virus can change in a tiny way - not in a way that affects how infectious or damaging it is... but one change out of a million [in the viral RNA] can be spotted."

However, he said significant problems can arise as even those with mild disease may still be infectious.

He told Pat: "This whole notion of herd immunity is being questioned severely - because if a reasonable percentage of people can get reinfected, [the virus] can still burn in the community.

"There was one study in India where someone got reinfected, and they had quite severe disease - [but] there was loads of antibody in their system. Their own antibodies didn't protect them.

"That's a single person, but it was a very reputable study."

Professor O'Neill stressed that there's a lot more science needed around the reinfection question, but the studies so far are "raising tiny alarm bells among immunologists".

Professor O'Neill also spoke about why Ireland needs to closely watch the situation that's been unfolding in the French city of Marseille. 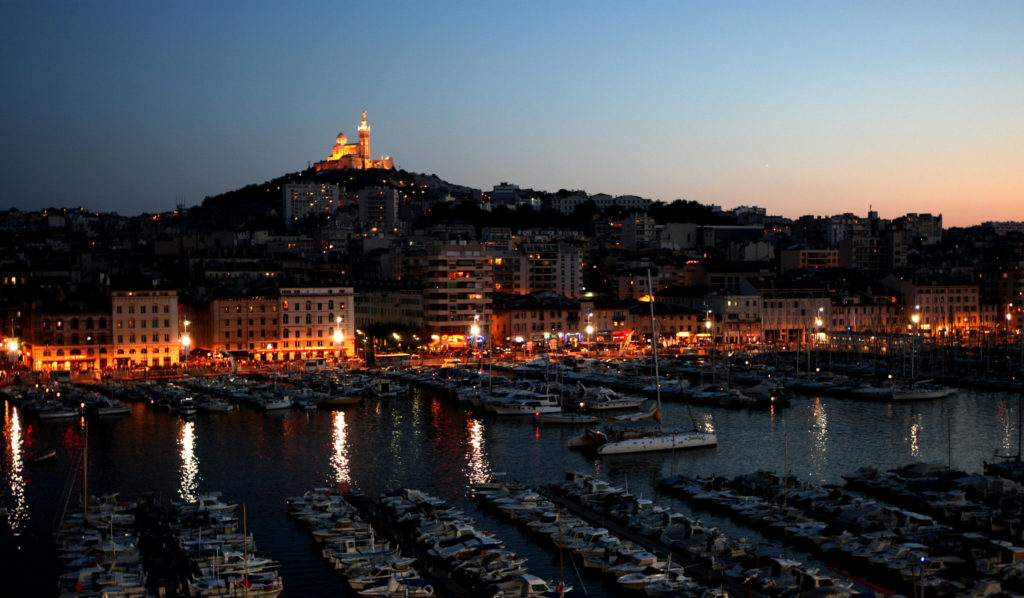 Dusk over the Vieux Port in the French Mediterranean city of Marseilles. Picture by: David Jones/PA Archive/PA Images

After COVID-19 rates in Marseille rose to a rate of over 300 per 100,000 people, the health service has become "saturated" - with available ICU and dedicated COVID beds quickly filling up.

Professor O'Neill explained: "Their health service is better than ours, by the way, but 129 of 155 COVID beds are now occupied - and they're now projecting that's going to get overwhelmed.

"The medical system there is now straining, and it looks as if this might happen all over Europe.

"Marseille wouldn't be that different to us, in a way - they had measures in place, the were wearing masks, but the virus began to creep up."

Professor O'Neill said we need to watch what's happening with our European neighbours.

He observed: "It's almost as if France and Spain are a few weeks ahead of us - we need to watch them closely them and see what's going to happen."

France is implementing a number of measures in response to rising coronavirus rates, such as a strict curfew on restaurants and a ban on all student parties in 'high alert' areas.

Bars in Paris are also closing for two weeks in response to rising virus rates in the French capital.

You can listen back to today's podcast with Luke O'Neill below: