A man in London has lived 18 months after stopping HIV treatment, without sign of the virus retu...

A man in London has lived 18 months after stopping HIV treatment, without sign of the virus returning.

He is thought to be only the second person in the world to have been cleared of the virus.

The breakthrough followed a stem-cell transplant.

Until now, Timothy Ray Brown from the US was the only person thought to have been cured after undergoing a transplant in Berlin 12 years ago.

The unidentified man in the UK, who is being called "the London patient", received bone marrow stem cells from a donor with a rare genetic mutation that resists HIV infection.

Almost three years on, and more than 18 months after coming off antiretroviral drugs, highly sensitive tests show no signs of the man's previous HIV infection.

"There is no virus there that we can measure. We can't detect anything," said Ravindra Gupta, a professor and HIV biologist who treated the man, Reuters reports.

He said that despite the patient appearing "functionally cured," it is "too early to say he's cured".

The London patient was diagnosed with HIV in 2003 but did not start to take drugs to control the infection until 2012.

He developed Hodgkin lymphoma in later 2012 and agreed to a stem cell transplant to treat the cancer in 2016.

His doctors believed that with the right kind of donor, he could find an HIV cure as well as cancer treatment.

Doctors found a donor with a gene mutation that confers natural resistance to HIV. 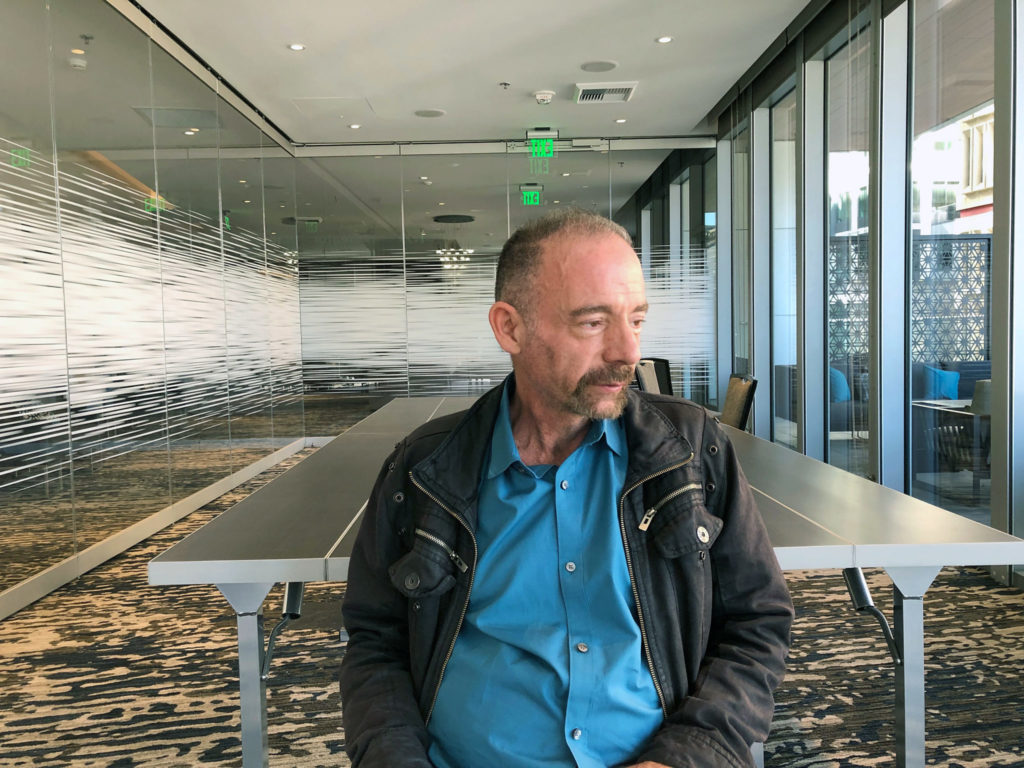 Timothy Ray Brown, also known as the "Berlin patient," was the first person to be cured of HIV infection more than a decade ago. He is pictured Monday, March 4th 2019 in Seattle | Image: Manuel Valdes/AP/Press Association Images

Around 1% of people descended from northern Europeans have inherited the mutation from both parents and are immune to most HIV.

The donor had this double copy of the mutation, which Dr Gupta described as "an improbable event".

"That's why this has not been observed more frequently," he added.

The transplant changed the man's immune system, giving him the donor's mutation and HIV resistance.

He then voluntarily stopped taking HIV drugs to see if the virus would come back.

HIV patients rely on life-long daily medication to suppress the virus, and when the drugs are stopped, the virus usually comes back within two to three weeks.

However the virus did not return in the London patient's case and there is still no trace of the virus after 18 months off the drugs.

Dr Gero Hutter, the German doctor who treated the first cured patient Mr Brown, who is still free of the virus, described the latest case as "great news" and "one piece in the HIV cure puzzle".

According to UNAIDS, 36.9 million people globally were living with HIV in 2017.

Some 21.7 million people were accessing antiretroviral therapy that same year.

While 1.8 million people became newly infected with HIV in 2017.

The United Nations has said 35.4 million people have died from AIDS-related illnesses since the start of the epidemic.