Tánaiste Simon Coveney says the start of the latest round of talks to resolve the Northern Irela...

Tánaiste Simon Coveney says the start of the latest round of talks to resolve the Northern Ireland political impasse have been "constructive and positive".

It has been more than two years since the collapse of the Stormont executive amid a scandal over a botched renewable heating initiative.

Talks to restore the institutions have previously broken down over issues such as the Irish language and marriage equality.

In the wake of the killing of journalist Lyra McKee during riots in Derry last month, Taoiseach Leo Varadkar and British Prime Minister Theresa May agreed to begin a new process of talks involving all the major political parties.

Both governments say they're aiming for 'rapid progress', and Mr Varadkar and Mrs May will review the situation at the end of the month.

Outstanding issues will be discussed in series of working groups, while a 'leader-level' roundtable will meet at least weekly during the process to consider progress made.

Speaking this evening, Simon Coveney said: "I think everybody recognises that there's work to do to accommodate each other.

"But certainly I think today was as constructive and as positive a start as we could have hoped for." 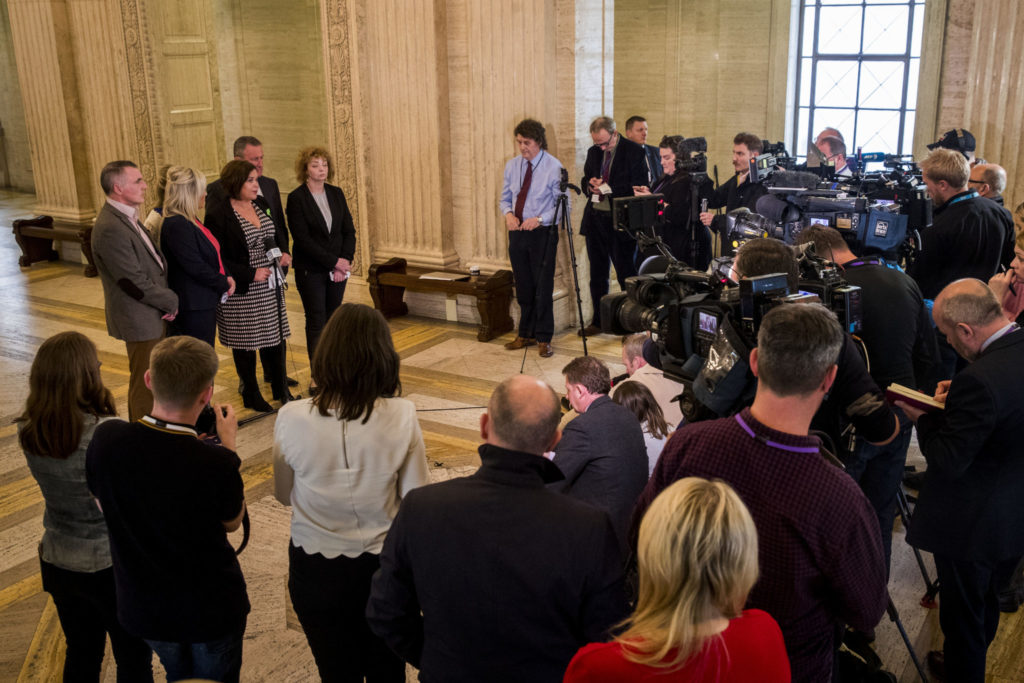 "It has to be about reaching resolution"

She observed: "This can't just be all about process - it can't be about talking ourselves around in circles. It has to be about reaching resolution.

"We believe each of [the issues] is resolvable. We believe there is now an... appetite and demand right across society for people's rights to be recognised and to be protected."

She said her party is entering the talks progress to find a way forward.

Mrs Foster added: "It has to be, of course, a balanced way forward and one that everyone in Northern Ireland is comfortable with - whether they're unionist, nationalist, or indeed other."