There has been a drop in support for Fine Gael and a surge in Sinn Féin's popularity, according ...

There has been a drop in support for Fine Gael and a surge in Sinn Féin's popularity, according to the latest opinion poll.

The Business Post/Red C poll suggests Fianna Fáil is up by two points to 26%.

This puts the party ahead of Fine Gael which is on 23%, a drop seven points.

Sinn Féin has gained eight points and is now on 19%.

Independents are being squeezed by the rise in Sinn Féin support, with their support down two to 14%.

Green Party support has risen by just one to 8%, while Labour has fallen by two points to 4%. 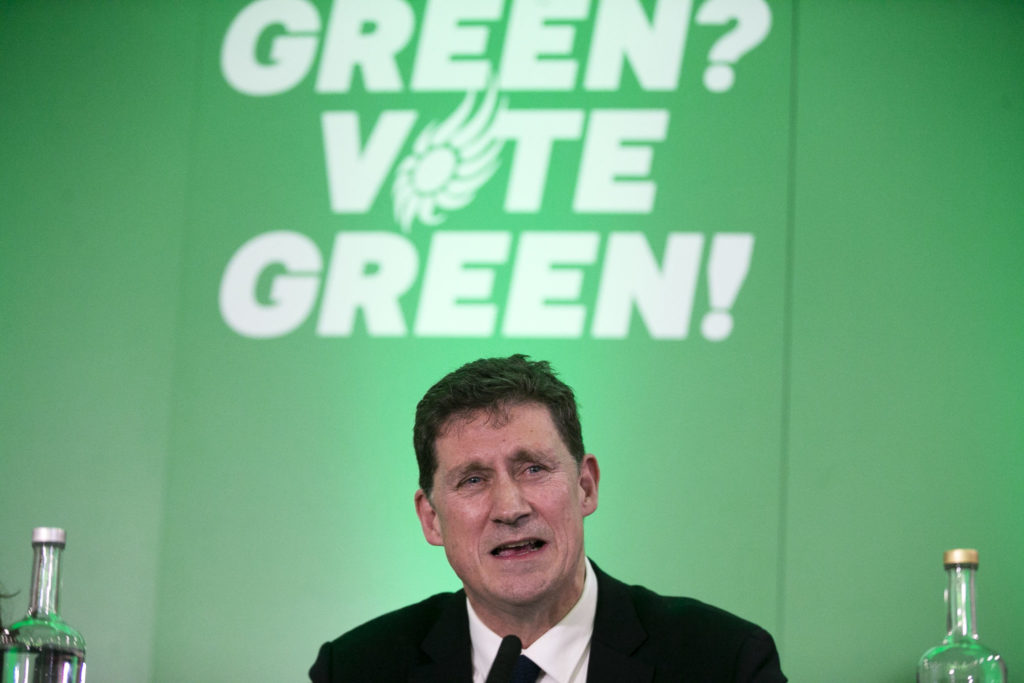 Green Party leader Eamon Ryan speaking to the media in Dublin at the launch of the party manifesto | Image: Sam Boal/Rollingnews.ie

The Social Democrats are up one to 3%, Solidarity/People Before Profit is unchanged on 2% as is Aontú on 1%.

The telephone poll of 1,000 voters was conducted between January 16th and 22nd.

Michael Brennan is political editor with the Business Post.

He told Newstalk Breakfast this poll has seen a shift for Fine Gael.

"It's a pretty bad poll for Fine Gael - they're down seven points on our last poll, which was just in November.

"They have been leading, Fine Gael, in our polls for pretty much the last two and a half years since Taoiseach Leo Varadkar became leader.

"But now, all of a sudden, Fianna Fáil has overtaken Fine Gael... so that will cause worry in Fine Gael."

He said the issue of trust of the parties was also a big part of it.

"We specifically got RedC to poll on four key issues in this general election campaign: health, housing, the economy and Brexit.

"They are the most trusted party on managing the economy and on Brexit - but when so much of the debate is about 10,000 people in emergency accommodation and a shortage of houses and what we're going to do about hospital trolleys, and our ageing population which needs more healthcare those are two big problems for Fine Gael".

"I think it's fair to say there's a surge for Sinn Féin in this poll - they're up eight points to 19% - that's their best rating in well over two and a half years."