The Hard Shoulder host Kieran Cuddihy has taken a coronavirus antigen test on-air, while finding out about the potential benefits and limitations of the rapid test.

Some people have turned to antigen tests as an affordable and rapid alternative to the more common and accurate PCR test.

A pub in Co Mayo, for example, has introduced mandatory antigen testing before someone can enter the bar.

As Christmas approaches, some families have indicated they'll use the tests to check for the virus when meeting up together over the festive period.

However, health officials have cautioned to not wholly rely on the rapid tests - saying the PCR lab test remains a 'gold standard' for coronavirus testing. 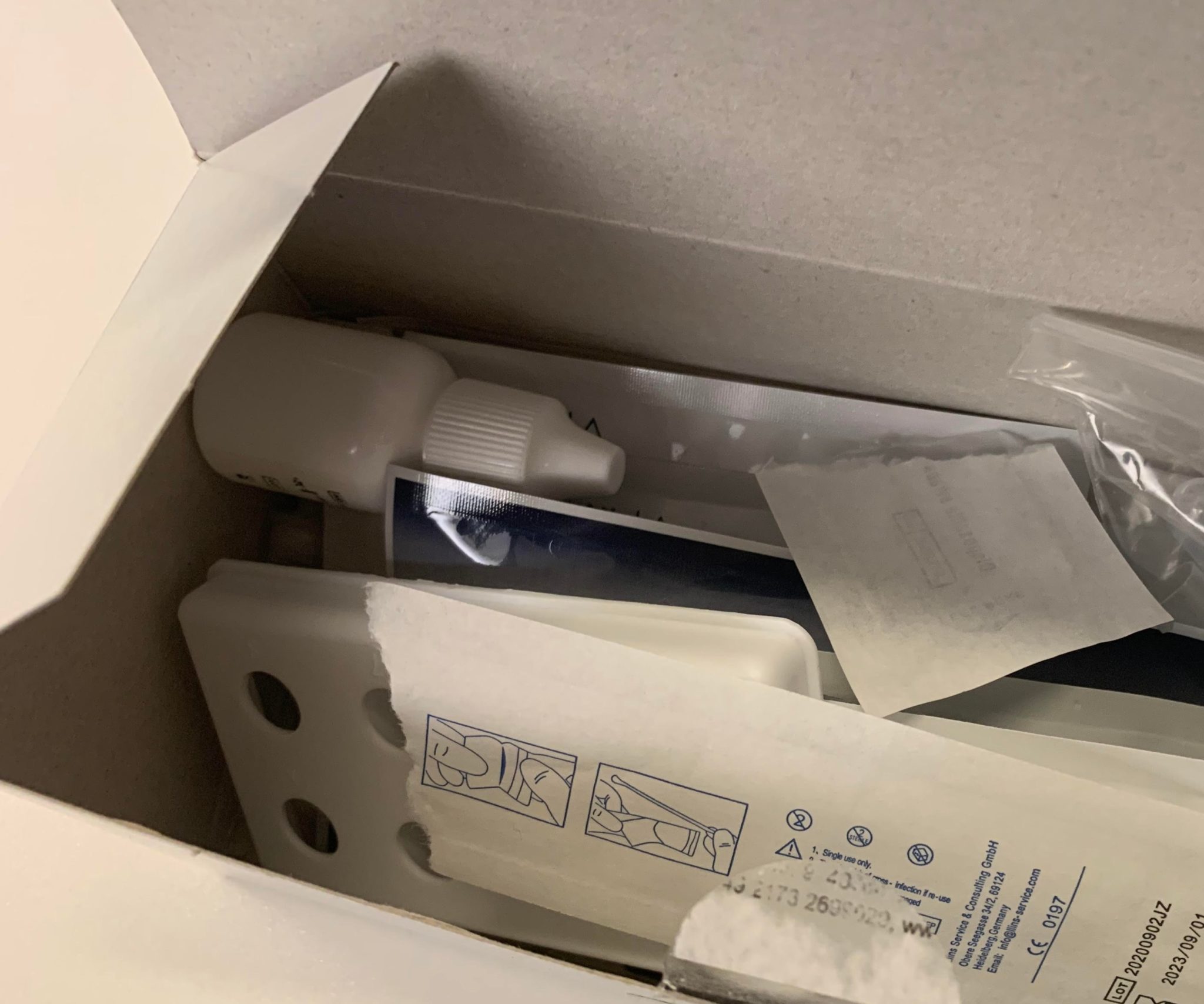 Kieran today took the test on-air, while speaking to Professor Paul Moynagh about the benefits and limitations of it.

While taking the test, Kieran explained: "You get this long cotton swab - you know like the cotton buds you have at home.

"I've got to stick this up my nose... I'm really not looking forward to it.

"To people who say this is the future and say to take one of these before you leave your house every morning... I wouldn't fancy doing that."

The swab is then placed into a buffer solution, which works to detect a protein present in the virus.

You then put several drops of the solution onto  a test cartridge, which looks similar to a home pregnancy test.

15 minutes later, the test shows whether it detects COVID-19.

Kieran's test showed up negative, although he cautioned that comes with all the necessary caveats about the test's effectiveness.

Paul Moynagh, Professor of Immunology and Director of the Kathleen Lonsdale Institute for Human Health research at Maynooth University, walked Kieran through the science behind the antigen tests.

He said: "If you're initially infected with SARS-CoV-2, the virus infects... the cells that line the respiratory tract.

"The thing about [the virus] is it replicates to quite high levels in the upper respiratory tract - especially at the back of the nose. That's why it's such a good sample to take."

Professor Moynagh told Kieran that the antigen tests are are "very convenient" and "certainly much faster" than the PCR tests.

However, he said for the antigen test needs "a higher amount of virus" to be able to pick it up - whereas the PCR is much more sensitive.

He said: "Even though it misses a number of cases that would be picked up by the PCR, when you're at your most infectious and you've got a high viral load... this is probably where these rapid antigen tests would be at their most useful.

"If you think if you're infected today, for one or two days you'll probably record as negative for the first couple of days... then the virus really ramps up.

"One of the advantages in terms of the rapid speed of the antigen test is [when] it's done frequently... If they're done repeatedly, they certainly have a use."

Prof Moynagh advised that not every antigen test is of the same quality, and some which have been analysed have been show to have very poor sensitivity.

He also suggested it's typically recommended for the test to be carried out under clinical care and guidance, rather than doing it yourself at home.

He stressed: "If you are recorded negative, that doesn't mean you're not infected.

"It doesn't mean you can throw out all of the other considerations."

However, he does believe that they do have a place where PCR testing isn't possible - such as when doing mass testing of the entire population.