A Garda investigation into the incident in Kenmare is now underway.

Locals in Kerry are “shocked and outraged” after a church in Kenmare was vandalised over the weekend, a local councillor says.

Parishioners arriving for Sunday mass at Holy Cross Church discovered a pentagram-type symbol spray-painted onto the front of the church’s limestone wall.

A message was also sprayed, but one word was not legible. 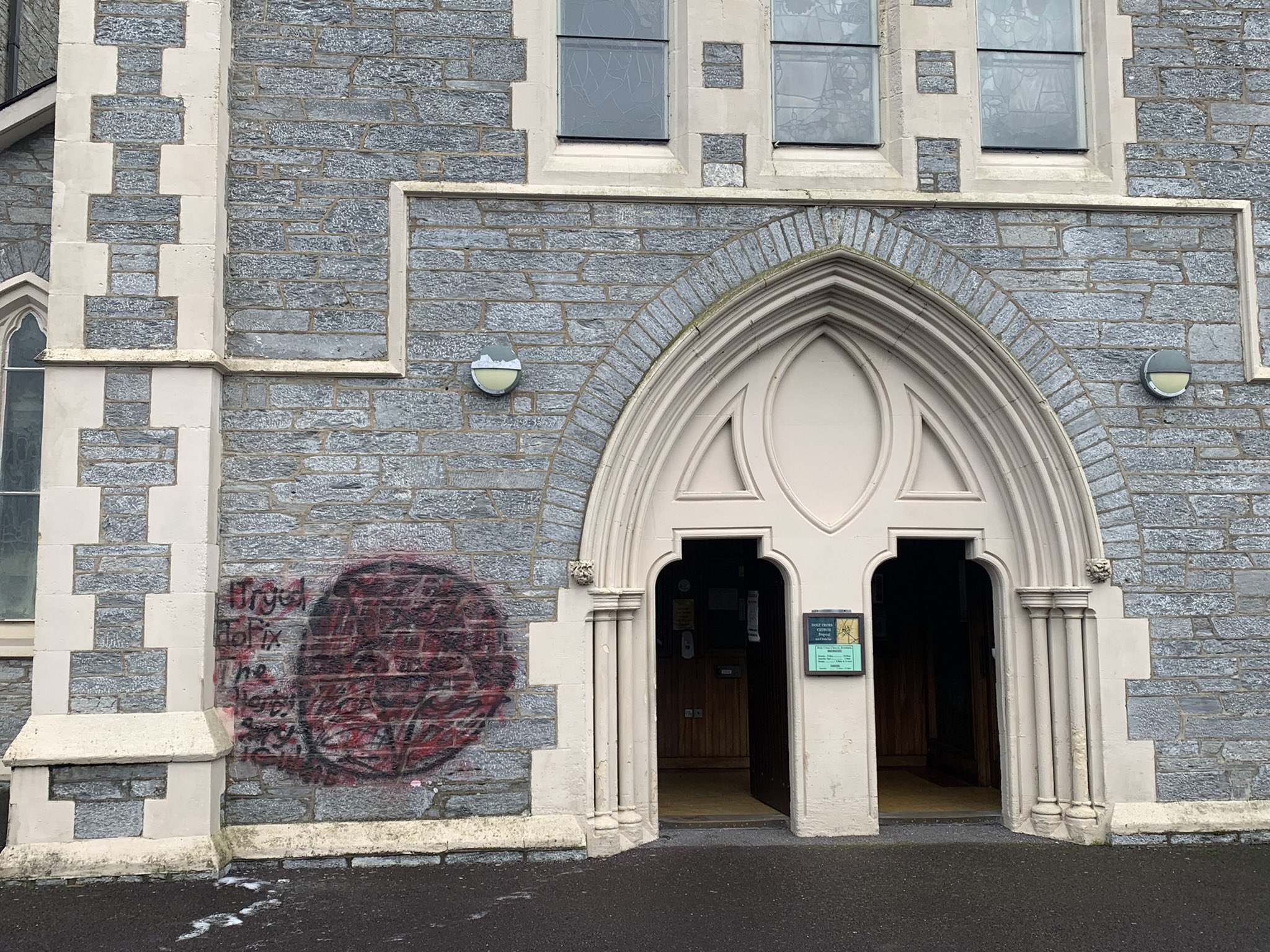 The symbol and message painted outside the Holy Cross Church in Kenmare. Image: Patrick O'Connor-Scarteen

A criminal investigation into the incident is now ongoing.

He said: “They couldn’t believe such a vile act could be done on our holy ground and our lovely church.

“People are just very upset and angry over it. It was quite a large symbol… I believe it’s known as a satanic inverted pentagram.”

Cllr Connor-Scarteen said the church was built after the famine, and it’s a “stunning structure built with the best of materials”.

He said Kenmare is a beautiful place and the church is often seen in photographs and art of the area.

He observed: “There’s very little crime or anti-social behaviour [here]. I truly believe this is an isolated incident.

“At the moment, there’s a criminal investigation going on… we just hope the perpetrator is brought to justice.”