Ireland rugby star Keith Earls has said his childhood in Moyross, County Limerick shaped him into...

Ireland rugby star Keith Earls has said his childhood in Moyross, County Limerick shaped him into the man he is today.

The 34-year-old Munster legend was speaking to Off the Ball on the release of his new autobiography, ‘Fight or Flight; My Life My Choices.’

He said the chapter about his early life in Moyross at the height of Limerick’s struggle with drugs and organised crime was the hardest to write.

“It was a delicate chapter for me to write obviously because I am proud of where I am from and I didn’t want to annoy anybody from Moyross because I still like driving through there heading out to my parents,” he said.

The book includes one story where a young Keith witnesses a gunman wearing a balaclava firing at people running down the street.

“I think my struggles at the time - the height of the troubles in Limerick - I would have got a lot of anxiety from it,” he said.

“That scenario you describe with yer man with the balaclava and the gunshots … it was hard not to have any bit of anxiety or any bit of worry.

“You try and numb it out but it’s tough. A lot of the stuff we saw, you see it on films.

“But as I said it wasn’t all the time. I have had a great childhood growing up in Moyross and Moyross has definitely shaped me into the man I am today and 95% of the time it was a great community to live in.

“We were well looked after – our neighbours looked after us, I had great friends and we had a lot of facilities. The community centre, you know, we had handball alleys, we had soccer pitches so there was plenty to keep us busy as well and thankfully I had the sport to keep me busy because you know, a lot of fellas I did know went down the wrong route." 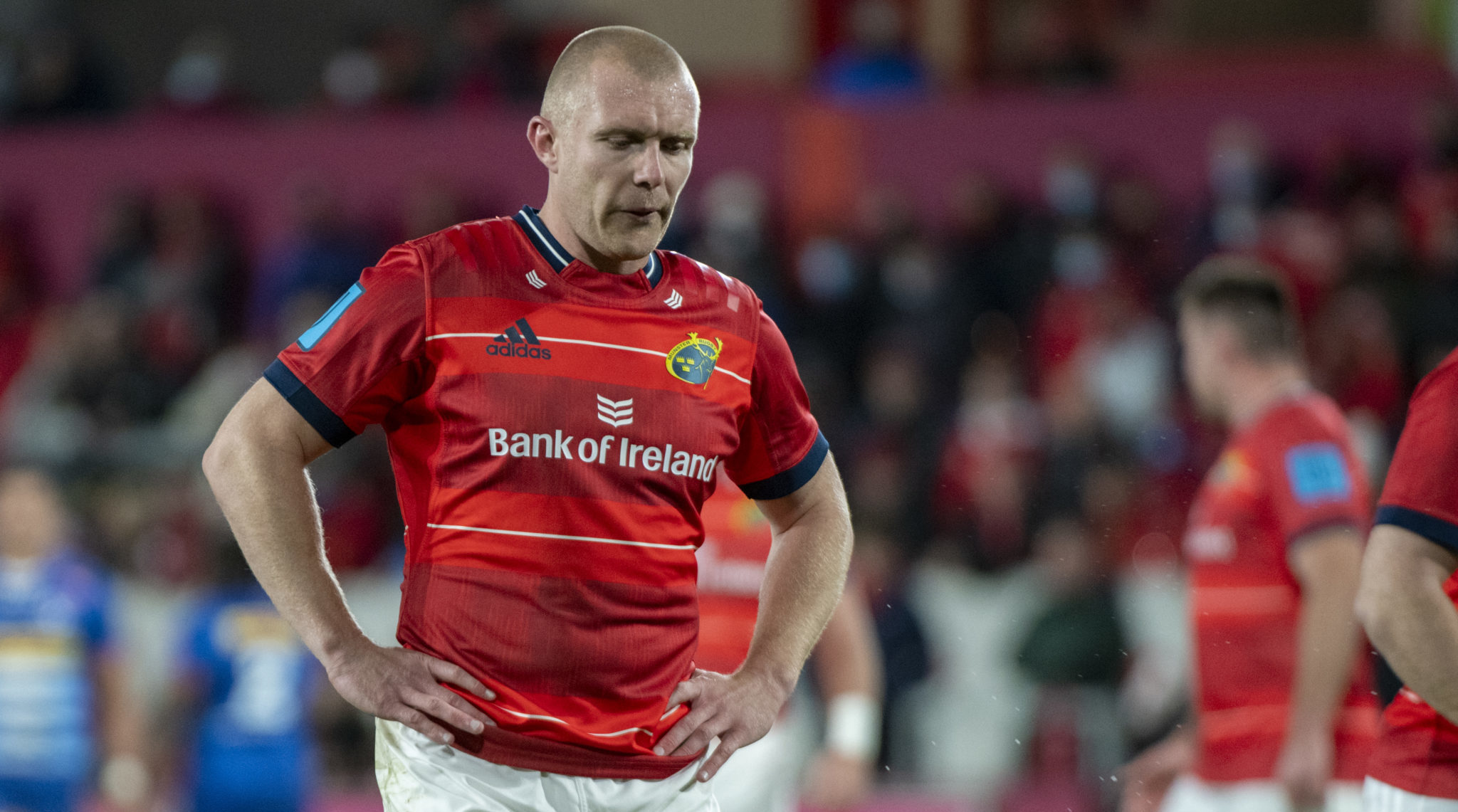 Keith EARLS of Munster during the United Rugby Championship Round 2 match between Munster Rugby and DHL Stormers at Thomond Park in Limerick, Ireland on October 2, 2021 (Photo by Andrew SURMA/ SIPA USA).

He said his parents became extremely protective through his childhood and some of their fears may have rubbed off on him.

“It got to a stage, when I got into my teens, when my father got extremely paranoid and he was on high alert constantly and I could feel that fear off him,” he said. “He was very worried and the same with my mother as well. “

“I say in the book, he often drove up – I would be up meeting Edel [McGee –now Keith’s wife] or my buddies or I would be playing soccer – and he often drove up to make me change my clothes because he might have seen a certain person wearing the same hoodie as me or something.

“He was just unbelievably paranoid about it and rightly so.

“The other story about me being chased home, that was quite worrying as well so yeah, I could feel the fear off him. We didn’t really speak about it; he would just tell me to be careful, but I could feel it off my parents how much fear they had about it.”

On Lunchtime Live this afternoon, Dublin GAA star Philly McMahon said it was very interesting to hear the similarities between growing up in Moyross and his native Ballymun.

He said the struggles in both areas fostered a strong sense of community among the people living there.

“In communities like Ballymun and Moyross you kind of get left to fend for yourself and you had to be able to come together as a tribe and that is the sense of community you would have got from the area of Ballymun and still get today,” he said.

Also on the show, Senator Janice Boylan who grew up in Dublin’s O’Devaney Gardens said the sense of community in the flats was “absolutely fantastic”.

“We were downplaying in the blocks form three and four years of age and everybody looked out for everybody else,” she said.

“That was the sense of community we had. We had high levels of unemployment obviously across the 80s in particular, but we never knew.

“If you asked anyone growing up in the flats - up to a certain age, just before the teenage years I suppose – was there any difference between you and those that live in the houses, all we would say was, well they have stairs.

They have stairs in their houses, but we have stairs on our blocks. It was never pointed out to us that we were different or were we treated as different in our own community.

“The sense of community was absolutely brilliant.”