One-in-eight people who are KBC and Ulster Bank customers have yet to decide on a new bank.

That is according to the Competition and Consumer Protection Commission (CCPC), which has published new research on current account switching.

The research found 52% of consumers who have their main account with Ulster Bank or KBC have opened a new account.

Almost two-thirds of Ulster Bank customers who plan on switching expect to have done so within the next month.

The CCPC found that one-in-eight have yet to decide on a new provider, compared to one-in-four in July.

Almost one-in-four are prepared to consider an online-only banking provider without branch services, but 73% would not consider it.

Some 60% of consumers reported challenges switching, with transferring direct debits and payments (29%) continuing to be the most significant issue. 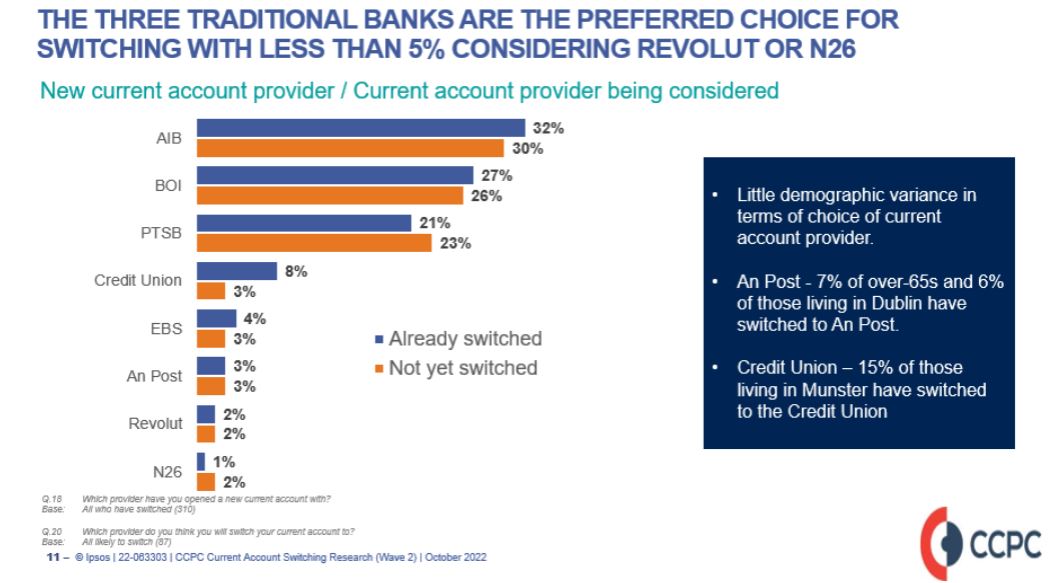 Of consumers who had already switched, 28% said a local bank branch was the main reason for choosing their new provider - particularly for those over-65.

Having a previous or existing relationship with their bank (26%) was also an important factor. 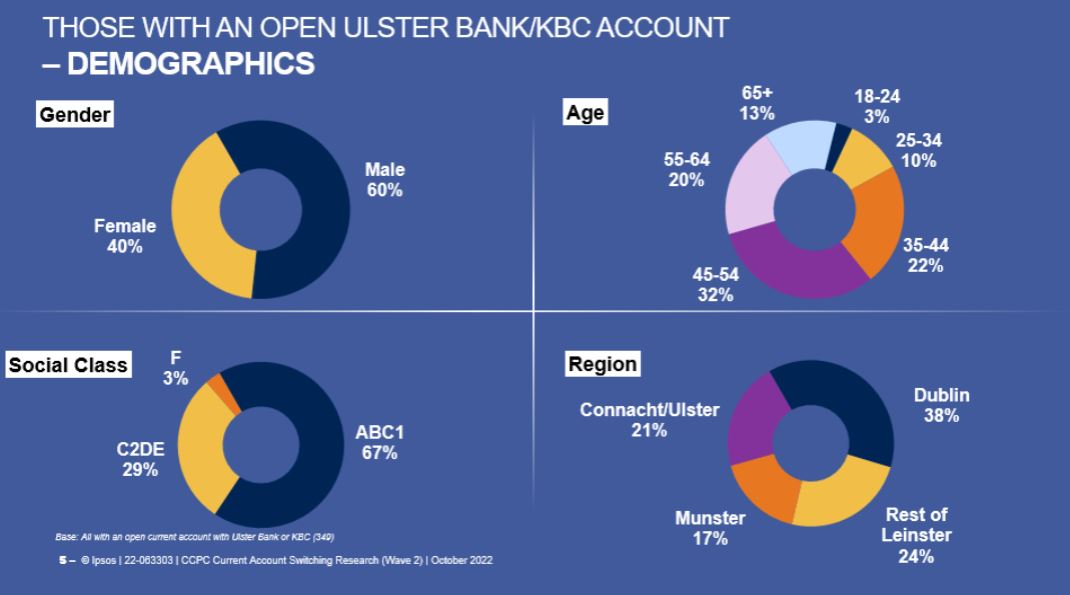 "We're very glad to see that most consumers have taken some action towards moving their current account," he said.

"However we would strongly encourage consumers to try and complete the process as soon as possible so they don't experience any banking issues over the Christmas period.

"Ulster Bank have indicated they will start freezing certain accounts in the coming weeks so consumers could lose access to their money if they haven't completed their switch," he added.