Weddings can welcome up to 100 guests from August 5th, the Government has confirmed. Cabinet sign...

Weddings can welcome up to 100 guests from August 5th, the Government has confirmed.

Cabinet signed off on the change this morning.

The Tánaiste Leo Varadkar last week told Newstalk that couples should not expect any change to the current limit of 50 guests this summer.

However, the three coalition party leaders last night agreed on the increase.

Baptism ceremonies will also be allowed to take place in August.

Confirmed: The number of people at weddings can increase from 50 to 100 from the 5th of August

Speaking after Cabinet, the Taoiseach Micheál Martin said no further restrictions will be eased for a number of weeks.

“So, after the indoor dining and after the one or two decisions today, I am saying we will take stock then over the coming weeks in terms of how the Delta variant behaves and the Government will keep this under review during August.

“There will be a number of COVID Cabinet sub-committee meetings throughout August to continue to monitor the course of the virus.” 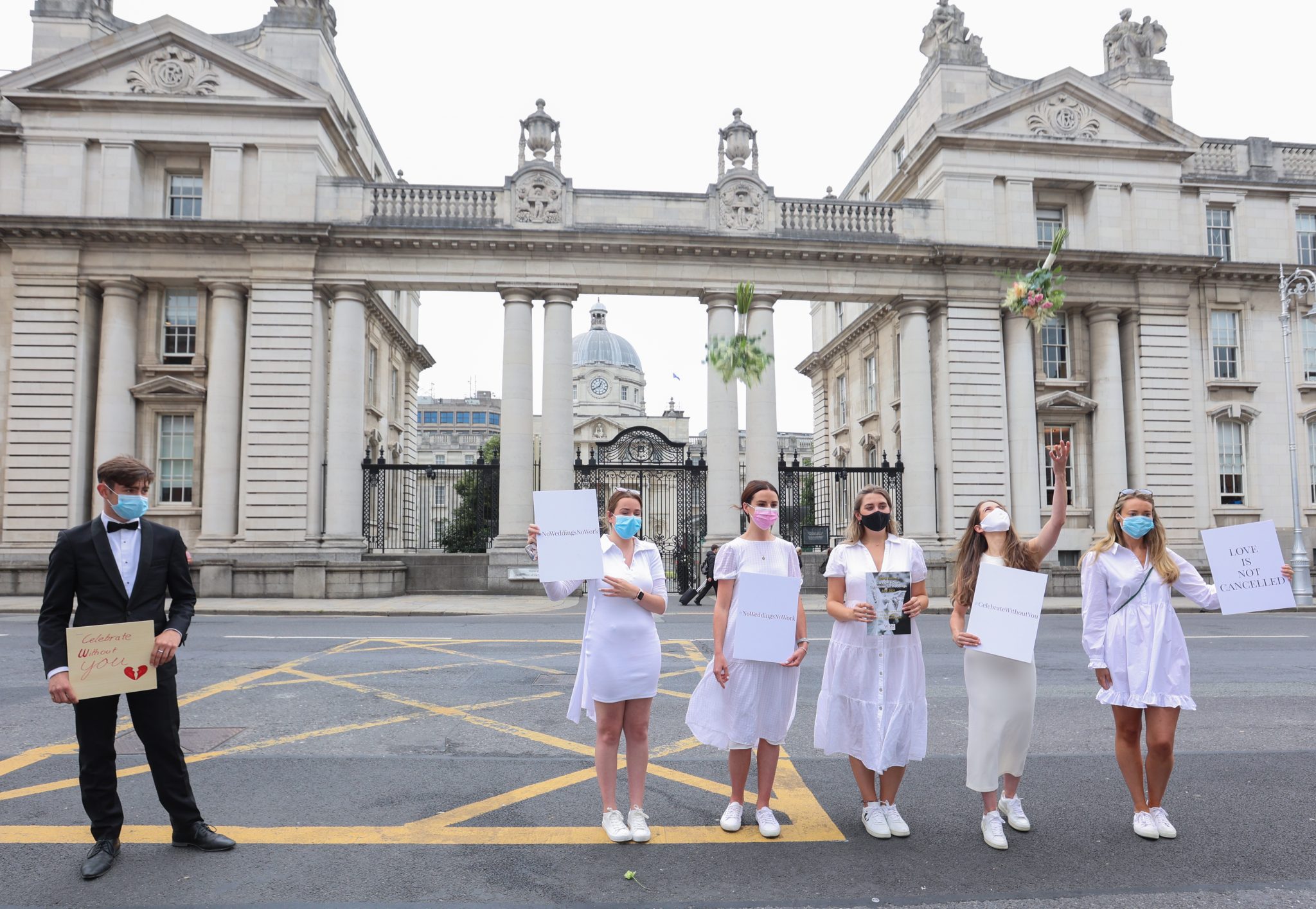 Earlier, the Health Minister Stephen Donnelly said there would be “good news on weddings” after the Cabinet meeting.

“It’s a relatively small number of people, but for all those brides out there and dare I say some grooms out there it is an important day,” he said.

On Newstalk Breakfast, Tara Fay - President of the Wedding International Professionals Association said the decision was not just about individual weddings but an entire industry.

"We employ thousands of people and feed into local economies," she said.

"I don’t think there’s a single county that doesn’t benefit from a wedding industry."

This afternoon, a number of couples gathered outside the Department of Health to protest the 50-person limit.

Anna Killeen and her fiancé Dave are thrilled they can have more guests at their upcoming wedding.

“It is fantastic news,” said Dave. “I think Anna’s dad is just hoping it doesn’t get any higher than the 100.”

The changes will come into force on August 5th.