The UK Prime Minister has labelled the Brexit border backstop a “bridge to nowhere” and calle...

The UK Prime Minister has labelled the Brexit border backstop a “bridge to nowhere” and called on the EU to enter “rapid negotiations” on a new deal.

In a letter to the European Commission President Jean-Claude Juncker today, Boris Johnson noted that there is now “very little time” left to negotiate a new agreement.

He insisted that his Government wants to get a deal over the line before the October 31st deadline, and said failure to do so would be a “failure of statecraft for which we would all be responsible.”

Downing Street published the letter alongside the UK’s proposals for replacing the backstop this afternoon.

The plan would see Northern Ireland remaining in the EU’s regulatory market for at least four years but leave the customs union with Britain.

Today PM @BorisJohnson has set out a fair and reasonable compromise for replacing the backstop so we can get Brexit done by 31 October.

Read the PM’s letter to the EU ⬇️ pic.twitter.com/JgFLpoNjUx

The plan would create an all-island regulatory zone on the island of Ireland for a minimum of four years – eliminating the need for regulatory checks on goods travelling over the border.

The Northern Ireland institutions at Stormont would be given the opportunity to decide whether it wanted to remain under this arrangement after a set time period.

The plan calls for the institutions to be asked to hold this vote every four years.

Under the rules of the Northern Ireland institutions however, the DUP would be able to veto any decision the executive took – regardless of how much support there was for maintaining alignment with the EU.

The proposals would also keep the North in the UK customs territory, meaning there would need to be customs checks on goods travelling over the border.

Mr Johnson has insisted these checks would not have to be carried out at the border itself and has called for a form of max-facilitation that would limit the number of checks necessary.

He said his plan should be coupled with a “firm commitment” from both side never to conduct checks at the border in the future. 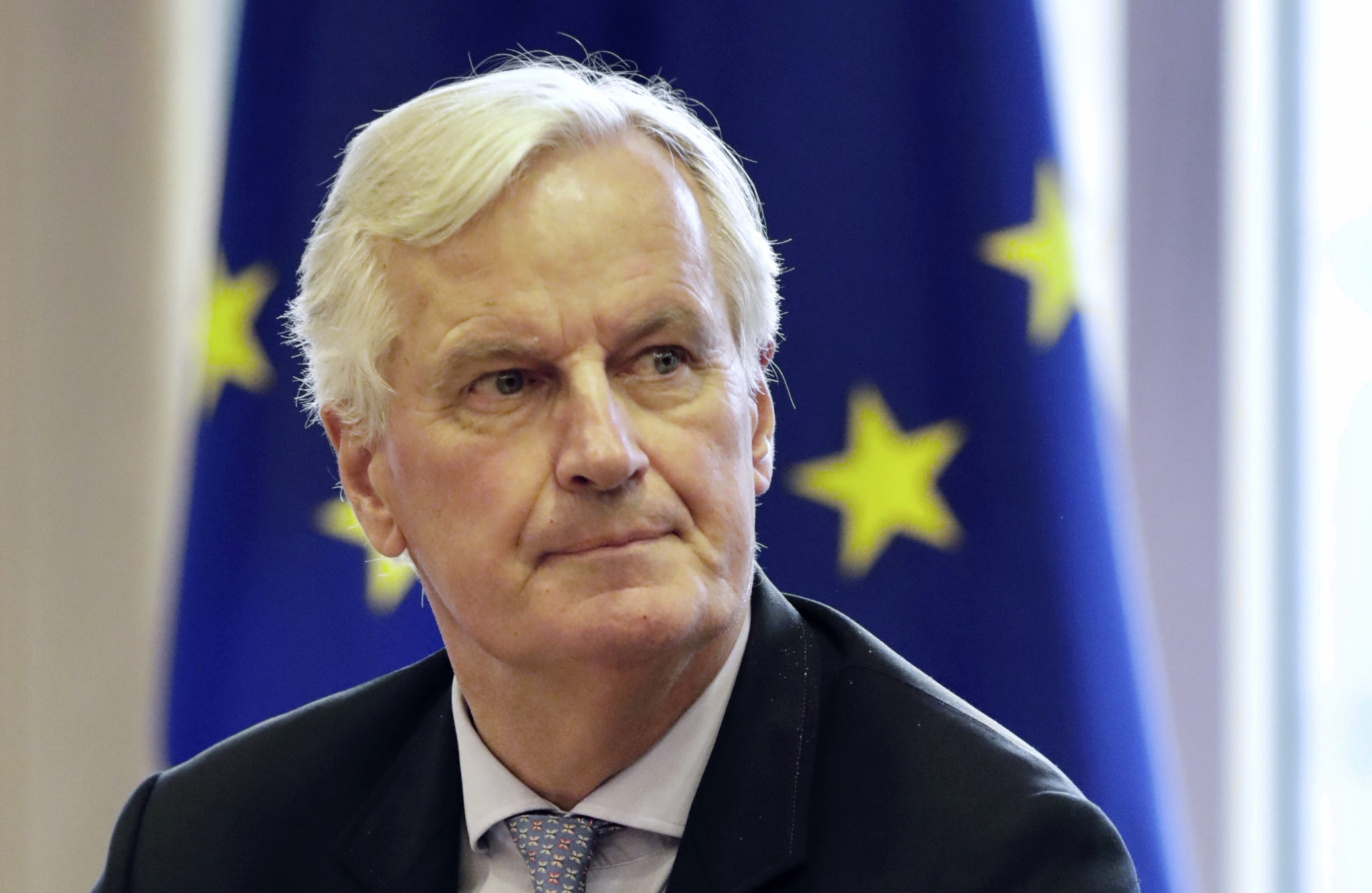 'Lots of work to be done'

Speaking on his way into a meeting of the EU Brexit Steering Group this evening, chief negotiator Michel Barnier said any border solution must meet the three objectives of the backstop.

“My team met the British team today and we received legal proposals,” he said.

“There is progress but to be frank, lots of work still needs to be done to fulfil the three objectives of the backstop – no border, [protecting] the all-island economy and protecting the single market.

“That means protecting the consumer, the citizens and the businesses inside the single market of 27 member states.

“So now we will continue to work to reach a deal.

“No-deal will never be the choice of the EU – never – so we will continue to reach a deal and to work with the UK team.

“But [we need] a deal which respects and fulfils the three commitments, the three proposals, of the backstop in a legal and operative manner.”

The EU has long warned that any alternative to the backstop must achieve the same objectives as it does – meaning no physical border infrastructure on the island of Ireland and no related checks or controls.

Mr Johnson’s plan falls far short of this objective and has received a cold reception in Ireland and Brussels since details of what it entails started emerging this week. 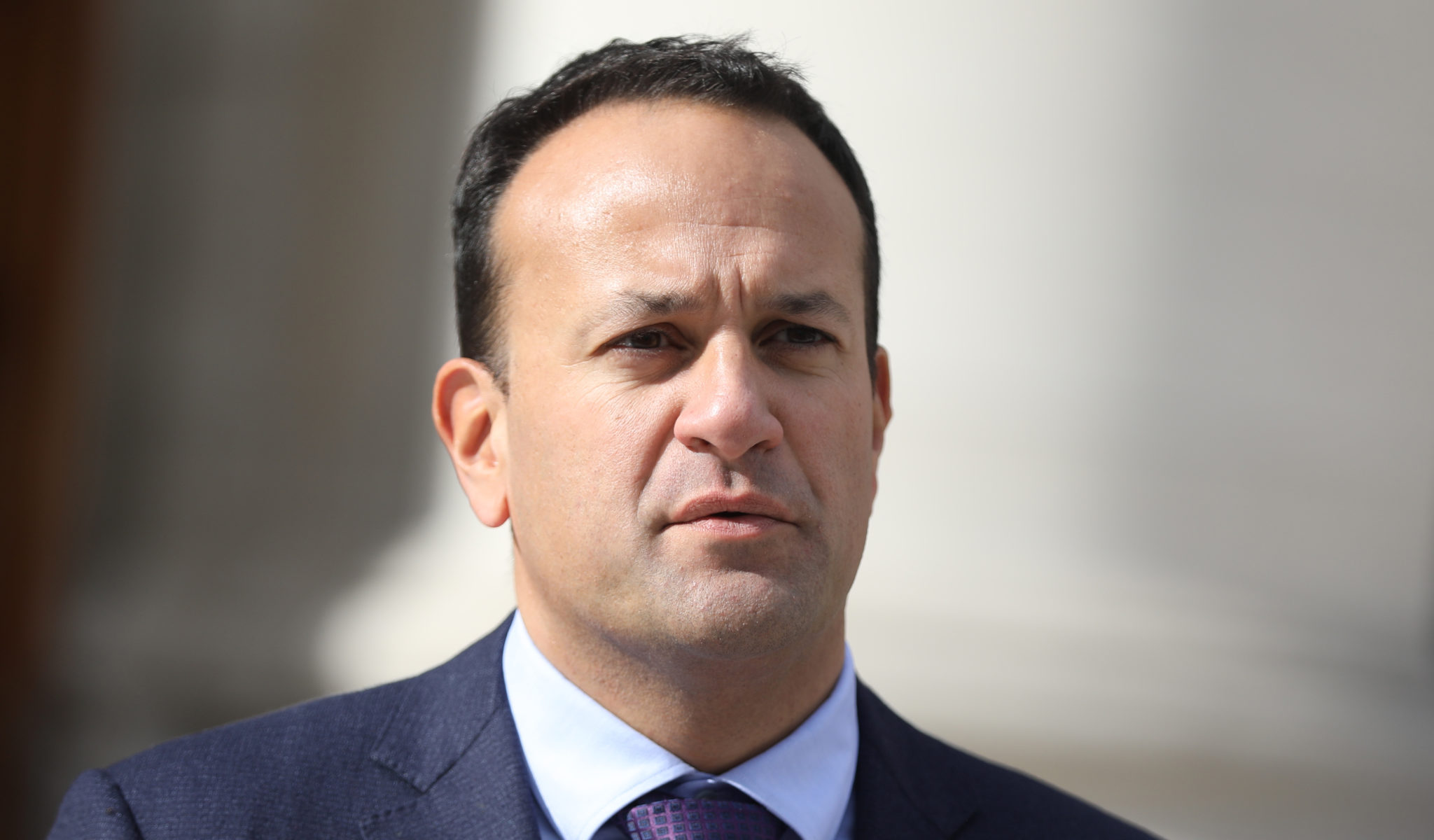 The Taoiseach Leo Varadkar talking to the media at Government Buildings in Dublin, 02-10-2019. Image: Leah Farrell/RollingNews

Speaking yesterday, after some of the details of the plan were leaked, the Tánaiste Simon Coveney warned: “If the reports we are reading this evening are true, it doesn’t look like it is the basis for an agreement that's for sure.”

Speaking this afternoon, the Taoiseach said there will need to be checks after Brexit; however, he said: “We have always argued that the best place to have those checks is at ports and airports – not along the 500km border between Northern Ireland and Ireland.”

“We negotiated an agreement with Prime Minister May that enabled exactly that, that is our position and that is the thing that makes sense to us.

“Why would any British Government want to force that on Irish people north and south who don’t want that.”

He said the impasse is “much more than a technical issue.”

“It is deeply political; it is legal and the technical aspects are only a small part of it.”

In his letter, Mr Johnson insisted he is working to try and reach a compromise.

“This Government wants to get a deal, as I am sure we all do,” he wrote.

“If we cannot reach one, it would represent a failure of statecraft for which we would all be responsible.

“Our predecessors have tackled harder problems: we can surely solve this one.”

He notes that there is “now very little time” to reach a deal by the October deadline and claimed both sides need to show “sufficient willingness to compromise.”

He said he views his plan as a “reasonable compromise: the broad landing zone in which I believe a deal can begin to take shape.”

He admitted that the plan would mean a change to the relationship between Northern Ireland and Ireland – but insists any physical checks could be carried out away from the border.

He insisted his plan is aimed at ensuring as “little day-to-day disruption as possible” to the current situation in Ireland.

He said he hopes the plan can “provide the basis for rapid negotiations towards a solution” so that the two sides can focus on the “positive future relationship that I believe is in all of our interests.”