Ireland’s cocaine problem has ‘gone mad’ and reached ‘epidemic levels’ – with the drug now commonplace in every community in Ireland.

On Lunchtime Live this morning, taxi drivers, HR experts and former Limerick All-Star Ciaran Carey spoke of their experiences with the drug in their communities.

It comes after a new Health Research Board (HRB) report warned that the number of young people entering treatment for cocaine use soared 171% between 2011 and 2019.

Meanwhile, there was an 83% increase in hospitalisations related to cocaine between 2015 and 2019.

Taxi driver Michael Connor Ryan told Andrea he deals with the fallout of the drug almost every night.

“It’s gone mad,” he said. “The amount of times you’re picking up young people - and not so young people even - and they pay you with a tenner that’s all rolled up.

“You open it out to put it in your pocket and there’s all white powder falling off it. You know, you’re trying to wash your hands then, trying not to have it in the car and so on.

He said passengers have asked him if they can take the drug in his taxi several times recently.

“In taxis, you’re running here and there picking up people,” he said. 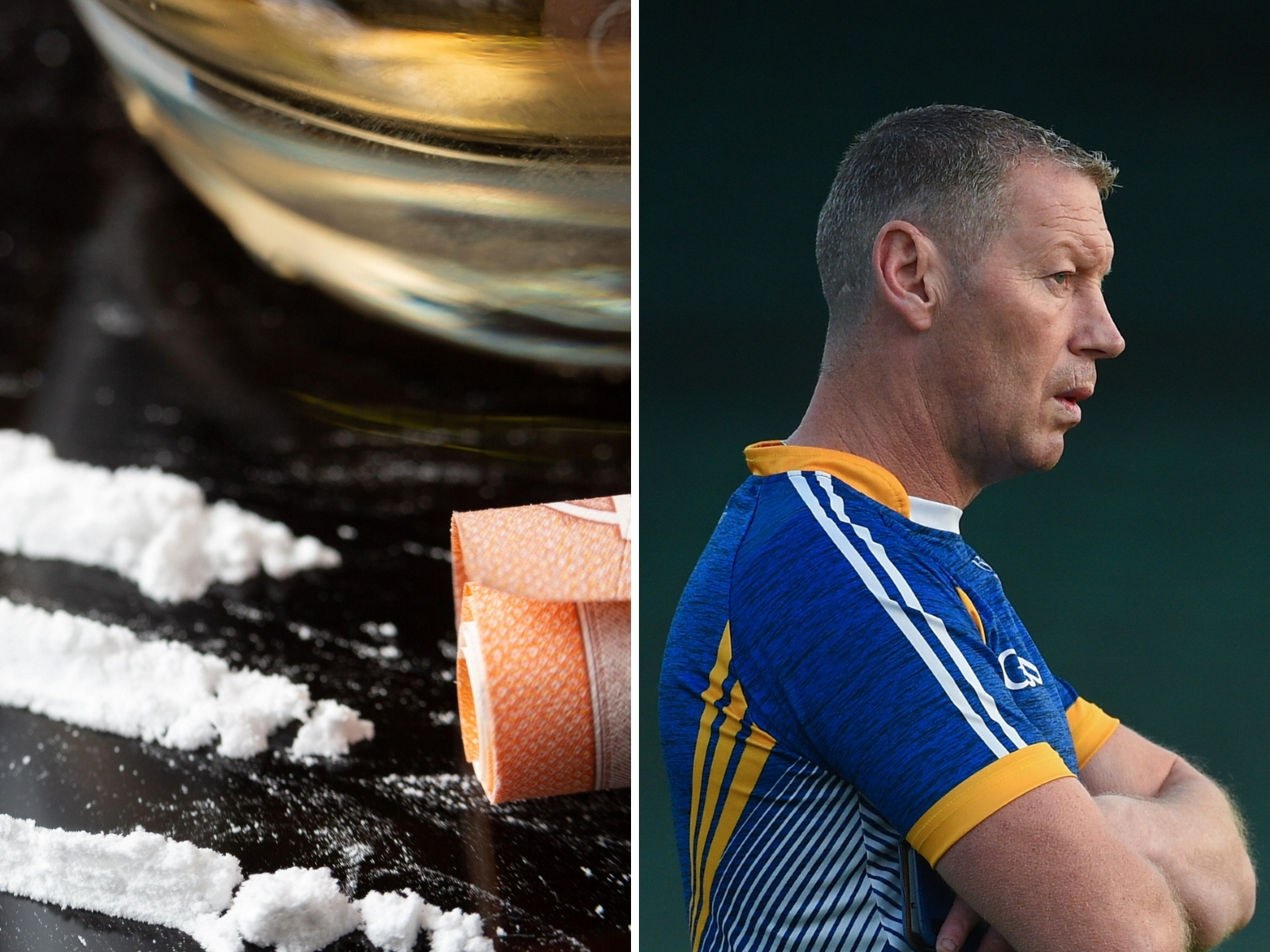 Limerick hurling star Ciarán Carey and a file photo of cocaine and alcohol.

Also on the show, former Limerick All-Star hurler Ciarán Carey said the HRB figures only scratch the surface of the problem.

“Looking at the figures, the 171% increase, I would suggest the problem is far greater when you take into consideration the people who are still in active addiction and don’t realise it,” he said.

“So, I would that 171% figure is probably a lot higher in reality.”

He said the problem is not limited to younger people – insisting the figures would be similar with older age groups.

“Cocaine, in reality, at the moment, is decorated in every community in this country,” he said.

Carey has previously spoken about how Cocaine is “alive and well” at every GAA club in the country.

The psychotherapist and addiction specialist said he has been working in the field for about 14 years – and noticed the increase in cocaine use from 2015 onwards.

“Everybody has to take a bit of responsibility around this because addiction doesn’t take bank holidays and it doesn’t go away,” he said.

“We all have to be proactive. Whether it’s holding workshops or educating people, everybody needs to kind of tug the wheel here and support everybody in it because it ain’t going away. It’s going to be around for a while.”