An Irishman will try and climb Mount Everest without oxygen next week.

After months of training, an Irishman attempting to climb Mount Everest without oxygen is ready to “go and have a crack at the summit”.

Tipperary man James McManus will become the first Irishman to climb the world’s highest mountain without supplemental oxygen if he makes the summit next week.

While thousands of people have reached the world’s peak, fewer than 200 have done so unaided and the Roscrea native has been training for months in preparation.

On Newstalk Breakfast this morning, he said he is only likely to get one shot at it – with Everest climbing season coming to a close at the end of the month.

He said climbing without oxygen is a “totally different sport” – noting that he spent the last 47 days doing acclimatisation rotations that bring him slightly higher each time.

His last rotation brought him to 7,950m - 898m below the summit - and he is now back down below Base Camp waiting for the right weather window to head for the peak.

He said climbing without oxygen is a “totally different sport”.

Most people trek to Base Camp, do one acclimatisation rotation on the mountain, wait for a weather window and go up,” he said.

“They go up on bottled oxygen and they use oxygen all the way to the summit which, compared to what I am doing, it’s a completely different sport. It is much, much easier to do that.

“I have to do more acclimatisation rotations and then, on the mountain, I’m going to be much slower. It’s really, really difficult.

“I was talking to some people last week who climbed Everest with Oxygen and at one point they had to change their tanks. They were two minutes off oxygen and they felt like they were going to die. So, it’s a different sport.” 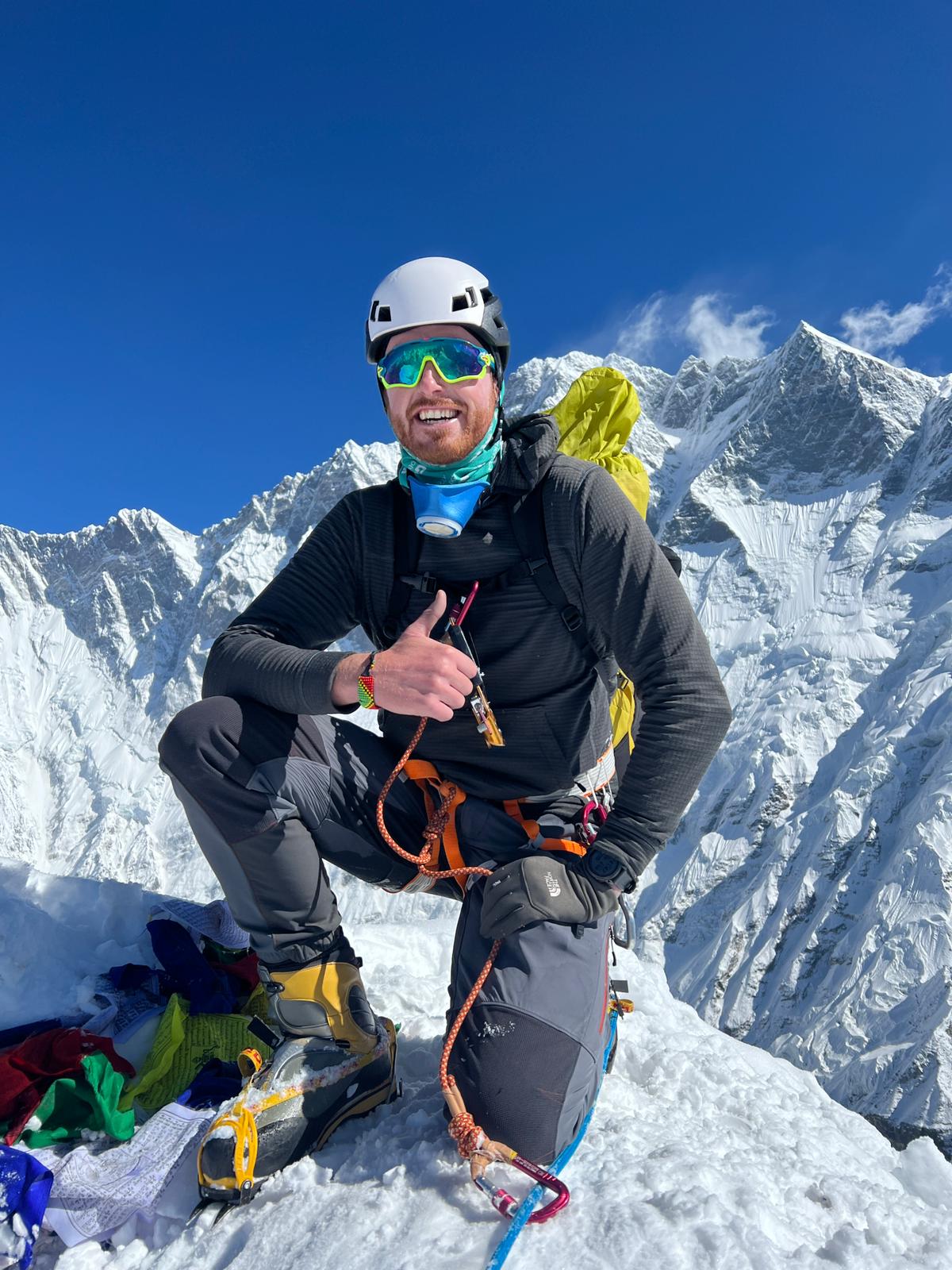 James said he is confident he done everything in his power to prepare for the challenge and with just days to go it’s now or never.

“I’m in a really good headspace that I have the ability to go and do it now,” he said.

“All my training and preparation in the last two months in particular has paid off, so it’s just waiting for a really good weather window now and I’ll go and have a crack at it.”

He said it now looks like he will be attempting his summit next Friday 27th – and he must be back down again within two days.

“The Icefall, which is just outside of Base Camp is the most dangerous part of the mountain,” he said. “You’re going through a heavily crevassed area.”

“That’s maintained by a group of Sherpa called the Ice Doctors and they’re closing that on the 29th so I need to go for summit by the 27th and then race down and get down through that before they close.

“If they close it before I get there it’ll be a major, major problem for me to get off the mountain.”