The Love/Hate star says the book is about its 16 characters, ahead of the stories

The star of Love/Hate and The Umbrella Academy has written a collection of short stories, 'Disappearing Act'.

Informed by his life, the book reflects on the absurdity of human behaviour and delves deep into characters' streams of self-talk and self-imposed delusions.

He told Sean Moncrieff he eventually found the right voice.

"There was sort of a thing that I tried to write, and it'd come out like a shit textbook from 1992 - excuse my French.

"And then sort of tried to write it anecdotally, started to write down the words as though I was speaking them to you Sean Moncrieff.

"And that got me a little bit closer to, I suppose, a voice that felt nice." 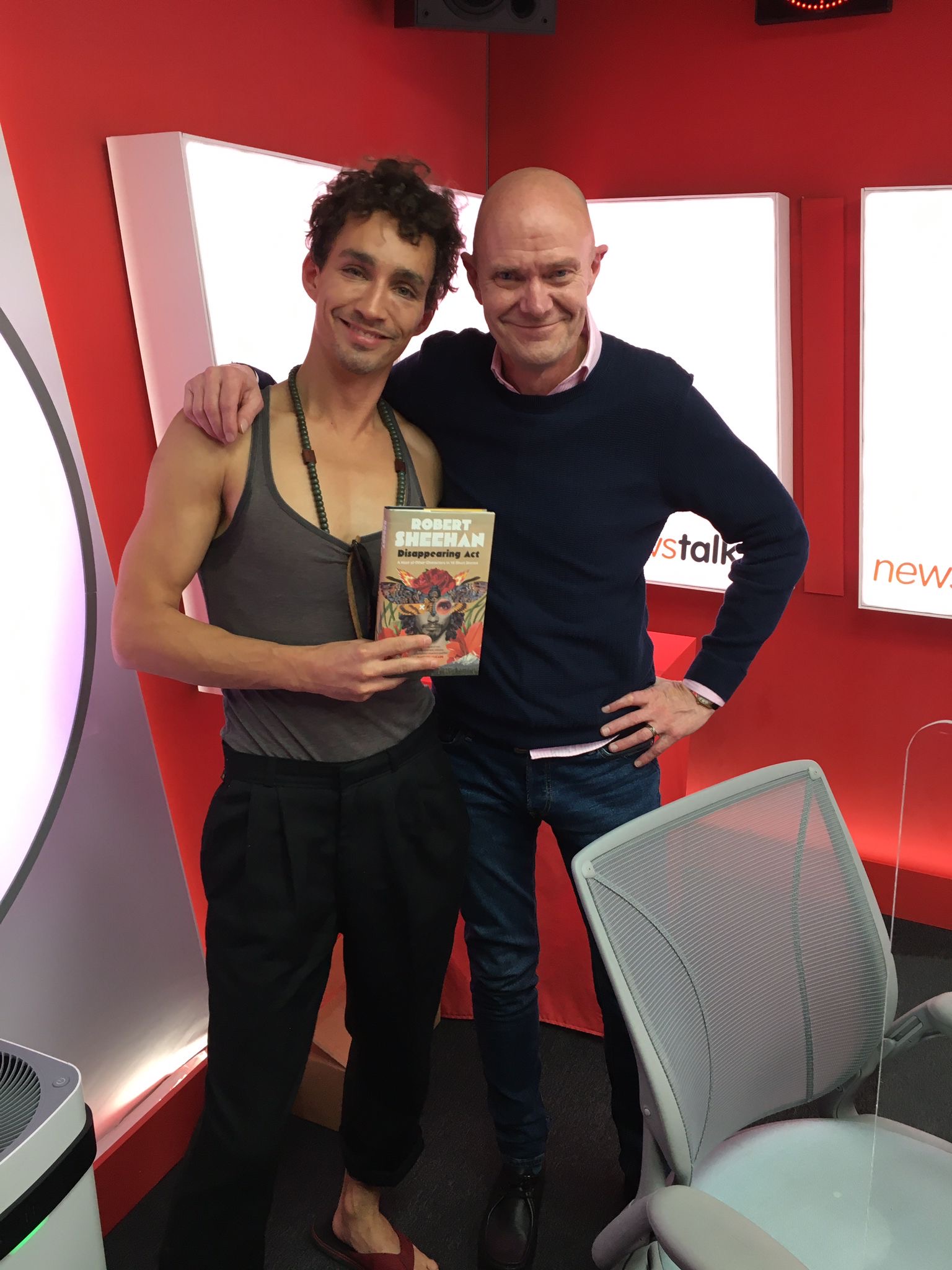 Robert says his approach changed between 2015 and now.

"The book is 16 characters, really, before stories because you're sort of clacking around in their heads a lot and that stuff sort of dictates the external.

"So the plot is somewhat secondary, I'd say."

He says while he tried to take a relaxed approach to it, the clock was ticking.

"I tried to not put any regiment on when I would write stuff, but then obviously when it came to editing it was a bit of a ticking clock situation.

"So I had to get through it, but to be honest with you I was still editing the stories - conceptually, not proof-wise - well beyond the point when I was supposed to be.

"So they were getting quite antsy at the publishers."

But he says he found his own style through the process.

"The edit, I think, was where I learned that because I wrote lots of crap - and then would sort of leave it alone and go back after a week.

"And pick it up and go 'Oh wow, this is terrible'; so that was probably the best learning process to figure out the Robert Sheehaness or the stuff I liked the most.

"In fairness, Gill Books just gave us complete breath, complete space and they were like 'Go off, write it, do your best' and kind of steered me".

And Robert says while the settings are in different places, it circles back again.

"I thought 'kick off the book with something that feels very Irish, and then drift off into the galactic wherever'.

"And then kind of drift, like a salmon, bring it back to Ireland at the end.

"So the last two are also quite Irish".

And one piece is also based on a woman his father knew: "That was a story my dad told me in the pub, and I recorded him on the sly", he says.

Main image: Robert Sheehan arriving at the premiere of The Mortal Instruments: City of Bones in Toronto, Canada in 2013. Picture by: EXImages/Alamy Live News