A Russian time capsule that washed up in Donegal 'doesn't look good' for global warming, accordin...

A Russian time capsule that washed up in Donegal 'doesn't look good' for global warming, according to the man who found it.

Conor McClory discovered the capsule while walking along the shore in Gweedore with his friend Sophie Curran.

The capsule was originally planted in the North Pole by a ship in 2018, and took just two years to get to Ireland.

Conor told Newstalk Breakfast they were not sure what it was at first. 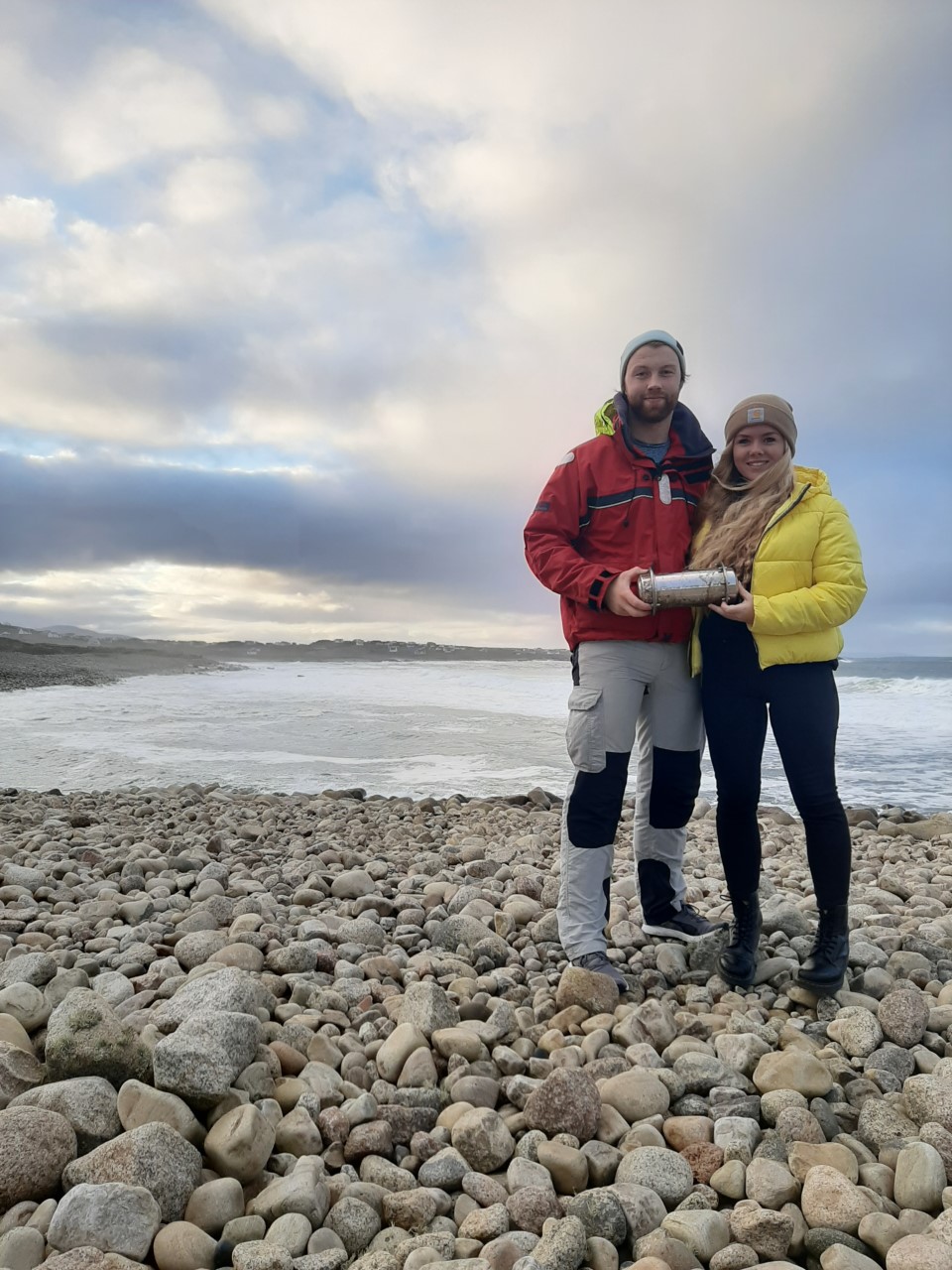 "We were walking down Bloody Foreland there, it's a local surf spot, and me and my friend Sophie came on this stainless steel time capsule.

"We were a bit weary at the start because it quite looks like a bomb - so we didn't go too close too quick.

"But then we just wandered over and picked it up.

"We actually seen that there's a Russian inscription on it - and Sophie's brother has a friend in Russia.

"He translated it and let us know it was a time capsule [and] to get it open". 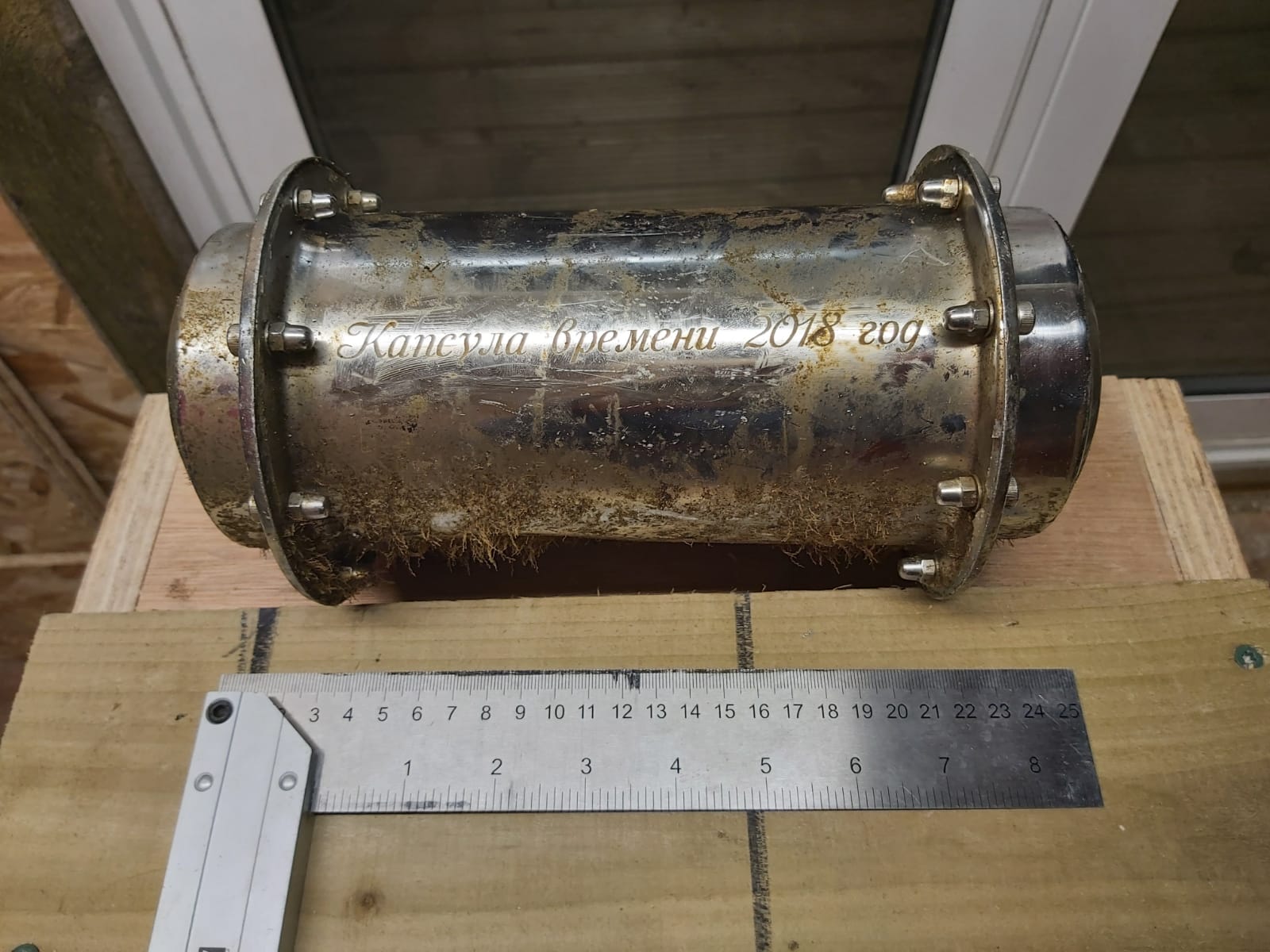 Inside the capsule was an array of pictures of the crew and the ship, letters from the crew onboard, itineraries and a military badge.

Two of the letters were in English, and one was from Sveta  - a Russian Instagram blogger from St Petersburg.

There were contact details for Sveta, so Conor called her up.

She told him the capsule was released from a North Pole expedition on a vessel called '50 Years of Victory', and that it was actually placed into the ice in 2018.

This means the ice melted and travelled some 4000km within the short time period of just over two years. 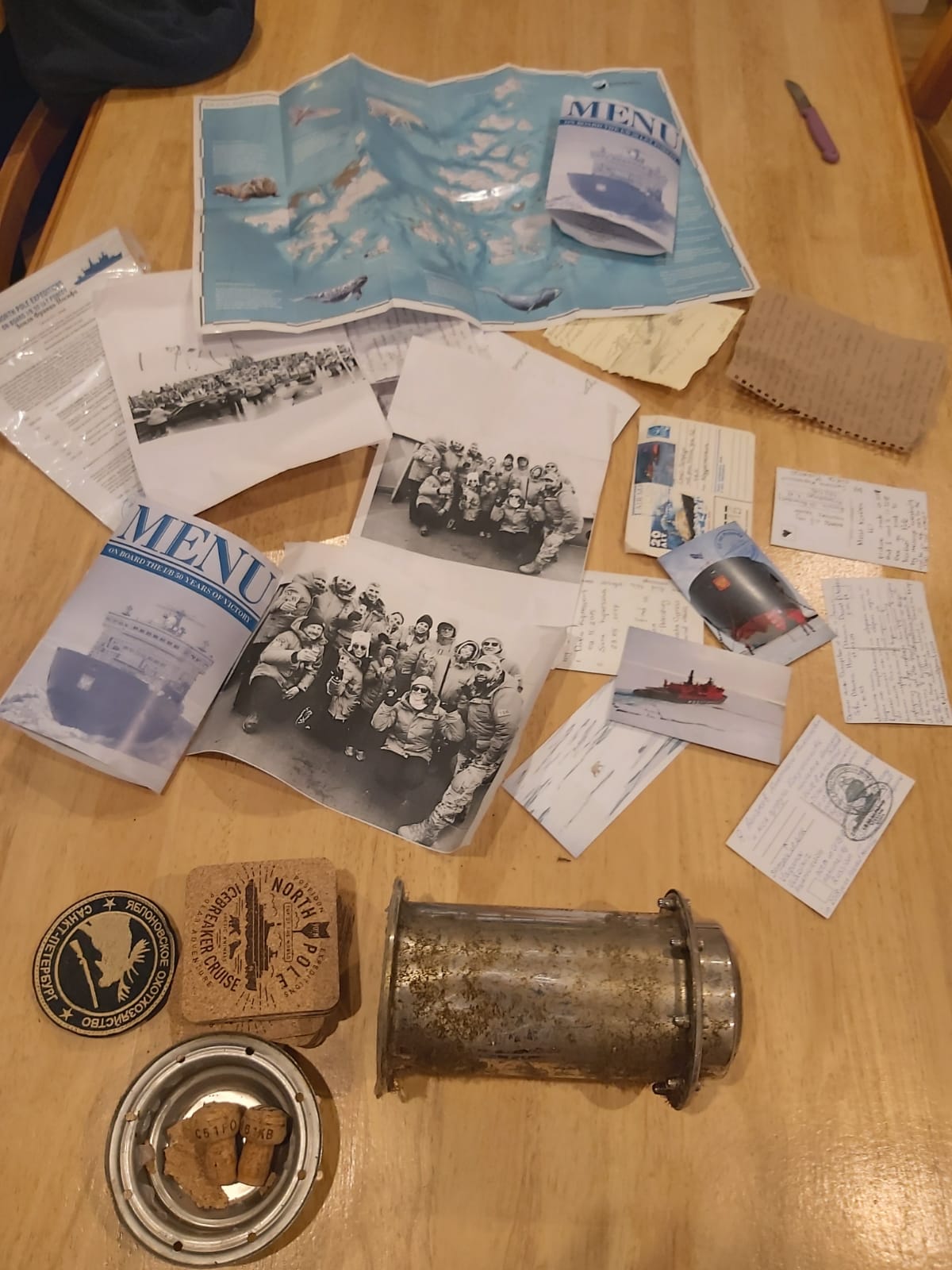 Conor said the Russian crew were amazed the capsule had got to Ireland at all, as they thought it would have taken 30 to 50 years to be found.

"We actually got in contact with one of the crew from the ship, and they let us know they put it in the ice in the North Pole.

"It was a Russian nuclear ice-breaker ship that takes tourists to the North Pole".

He said it does not bode well for the planet.

"When we got in contact with one of the crew, they were astonished that we even found it and that it's down in Ireland already". 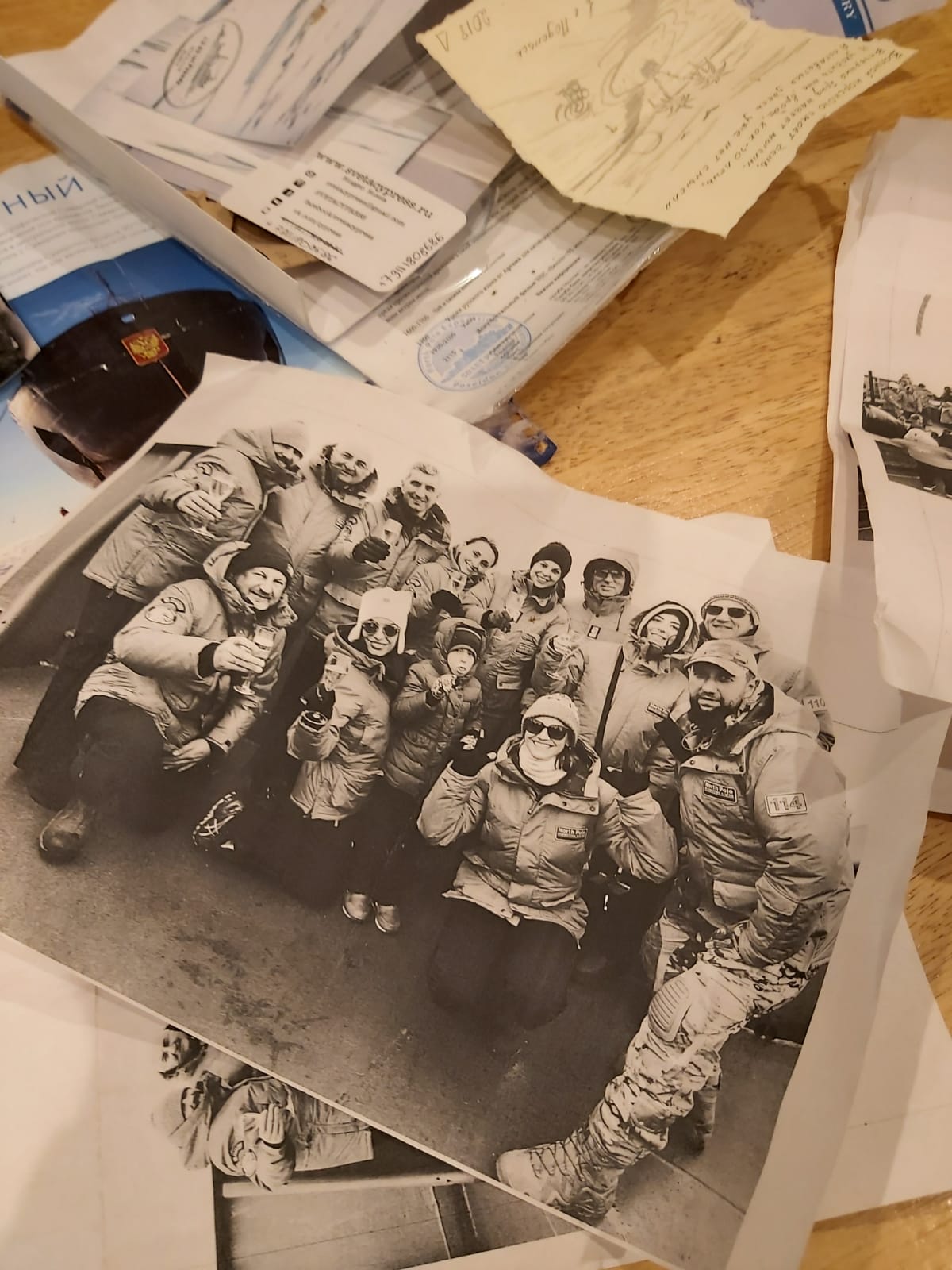 But what does the future hold for this time capsule?

Conor explained: "We have no plans yet - there was about 20 letters there so we're waiting to get [them] translated, and then just to find out as much as we can about it.

"We're thinking of putting it in a nice display cabinet somewhere local that they could actually see it".

He added that they are in still in contact with Sveta, who is a fellow surfer, and she hopes her next destination will be Ireland.