Irish people travelling to Italy are being advised to contact their airline or travel agent if th...

Irish people travelling to Italy are being advised to contact their airline or travel agent if they've concerns over coronavirus.

The Department of Foreign Affairs is advising people not to travel to a dozen towns and cities that have been placed on lockdown by the Italian Government.

Seven people have now died from COVID-19 in the country, with over 200 confirmed cases – the largest outbreak of the virus outside of Asia.

The Irish Travel Agents Association chief executive Pat Dawson said anyone booked to travel should talk to their airline or travel agent if they are worried about the situation.

“Well, if they are booked with a travel agent, certainly talk to them, speak to them and if they have booked off their own bat, they would have to make direct contact with the airline and whatever accommodation provider they have booked in,” he said.

The National Public Health Emergency Team is meeting this afternoon to discuss the situation.

The meeting will focus on Ireland’s preparedness after the European Centre for Disease Prevention said there is a “moderate to high” risk of clusters similar to those in Italy occurring elsewhere in the EU. 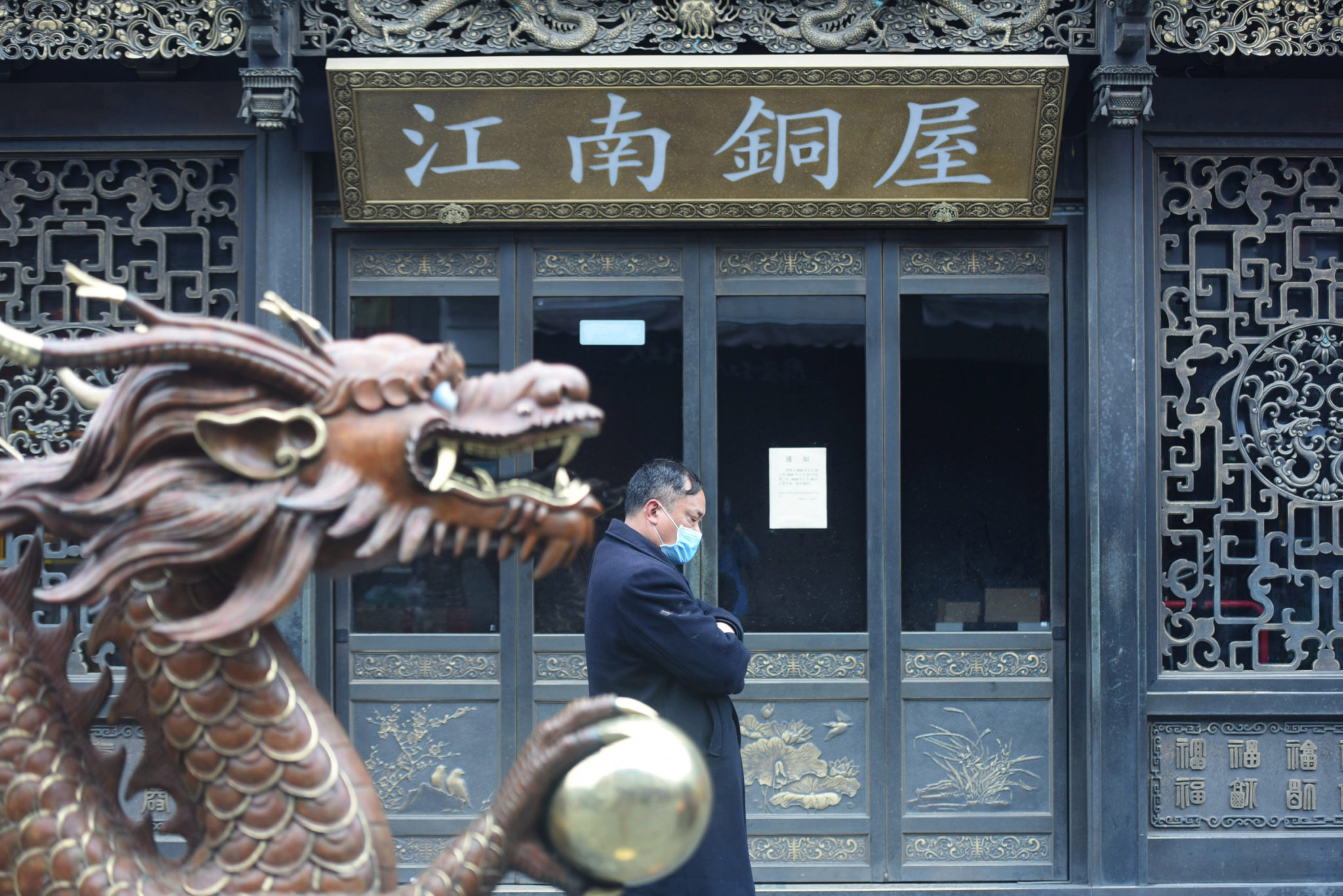 A masked man walks by a tourism attraction shut down for the plague control in Hangzhou in east China's Zhejiang province Monday, 27-01-2020. Image: Long Wei/Utuku/Ropi via ZUMA Press

A Department of Health spokesperson said Ireland has been preparing since January adding that the country remains in a containment phase with no confirmed cases.

Meanwhile, Ireland’s international rugby game against Italy is due to go ahead in Dublin on Saturday, March 7th despite concerns over the spread of the virus.

The IRFU said all scheduled games are currently planned to go ahead at this point.

Ulster’s PRO14 fixture against Benetton in Italy, originally scheduled for next weekend, was postponed yesterday. 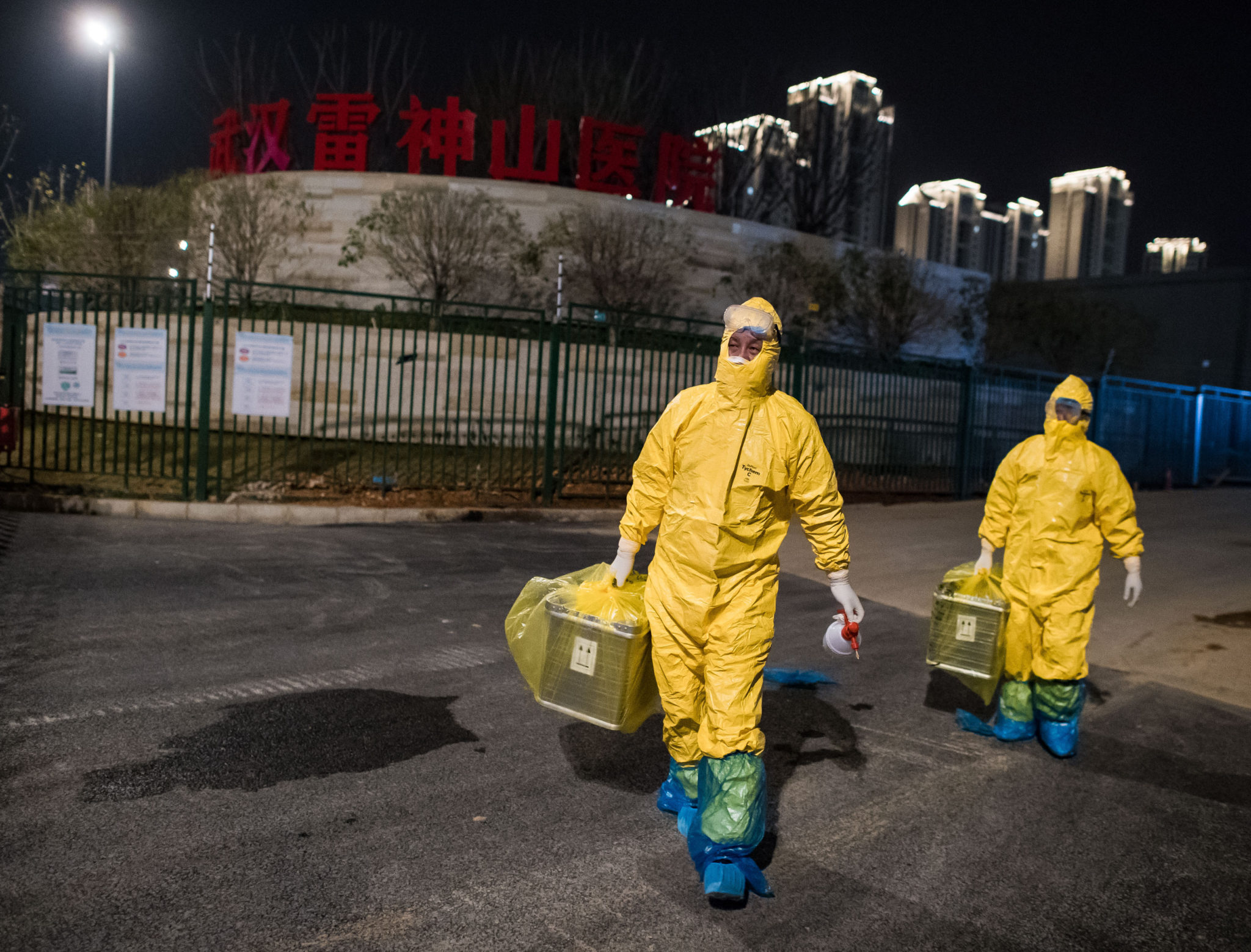 It comes as countries around the world step up efforts to prevent the virus becoming a pandemic.

South Korea has announced plans to test more than 200,000 members of a church at the centre of a surge in cases of the virus.

About 60% of the country’s cases have been linked to members Shincheonji Church of Jesus.

Meanwhile, the US has pledged some $2.5bn to fight the disease.

The World Health Organisation has said it is too early to call it a pandemic but warned countries to be “in a phase of preparedness” in case it becomes one.

WHO Director-General Dr Tedros Adhanom Ghebreyesus said the virus is not a pandemic because it is not “uncontained.”

“Using the word pandemic doesn't fit the facts,” he said.

“We must focus on containment while preparing for a potential pandemic.

“Does this virus have pandemic potential? Absolutely, yes – but for the moment we're not witnessing the uncontained global spread of this virus.”

However, WHO adviser Professor Marion Koopmans has warned that the virus may be the feared ‘Disease X’ that experts have warned about.

The WHO revealed two years ago that it was preparing for an unknown international epidemic called “Disease X.”

More than 79,000 suspected and confirmed cases of COVID-19 have been identified, mostly in China where it originated, with more than 2,600 deaths recorded.

There are fears of a global pandemic after a sharp rise in cases in countries including Italy and South Korea, as authorities race to contain the spread of the disease.

It has now been confirmed that Iran's deputy health minister Iraj Harirchi has tested positive for the virus.

People in the country are being told to stay indoors because of clusters of the virus.

Bahrain's King has banned the country's citizens from travelling there.