The Irish Heart Foundation is warning that banning e-cigarettes could lead to an increase in toba...

The Irish Heart Foundation is warning that banning e-cigarettes could lead to an increase in tobacco-related deaths.

It comes after San Francisco became the first city in the US to ban the sale of the devices.

The city’s board said the “temporary moratorium” would apply to any products that have not been approved by federal regulators.

The US Food and Drug Administration (FDA) has yet to approve any of the products and recently set a new deadline of 2021 for e-cigarette companies to submit their products for approval.

San Francisco’s mayor has indicated that she will sign off on the new law, which will come into force seven months after she does.

While it bans the sale of unregulated e-cigarettes, it does not ban their use by people over the age of 21. 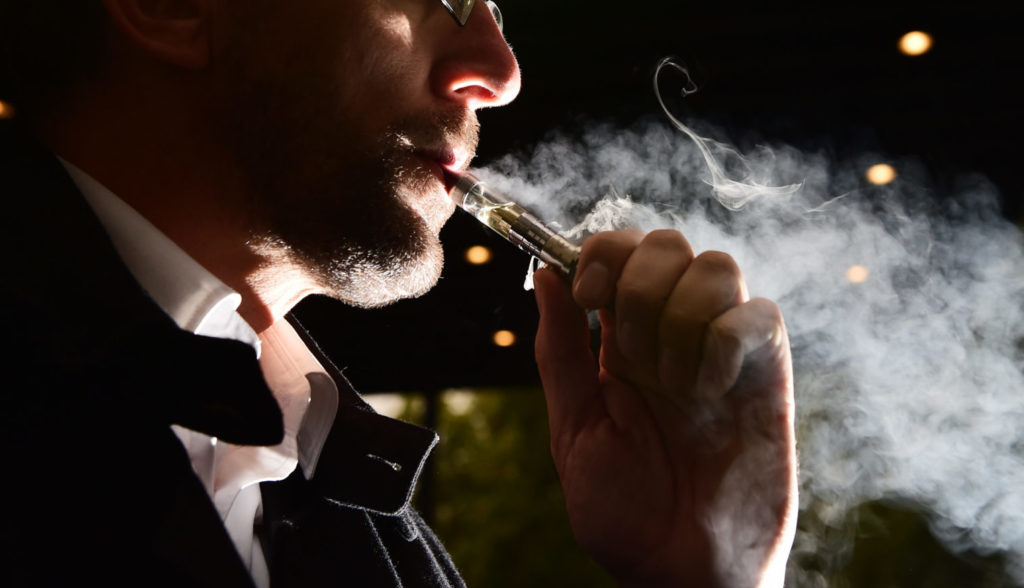 A man smoking an electronic cigarette

This afternoon, Chris Macey, Head of Advocacy at the Irish Heart Foundation told Newstalk that banning the products is not the way to go.

“Banning e-cigarettes could drive people who have gone off cigarettes back on to them,” he said.

“That is obviously not a good thing.

“If they are less harmful – and all the indications are that they are much less harmful – let’s use them effectively but regulate them to make sure that children are not becoming addicted to nicotine through them.”

San Francisco lawmakers said they were taking steps to crack-down on the use of e-cigarettes among young people.

The legislation suggests the products are "frequently marketed in a variety of flavours with obvious appeal to youth, such as gummy bear, cotton candy, and fruit punch."

According to a study by the US Centres for Disease Control and Prevention, there was big rise in e-cigarette use among young people in the country.

The study found that 3.6 million young people between the ages of 11 and 18-years-old were using e-cigarettes in 2018 – a 1.5 million rise on the year before.

Mr Macey said more research is needed into the long-term effects of vaping.

“We wouldn’t advocate a ban ourselves as it is generally accepted that e-cigarettes are considerably less harmful than regular cigarettes and therefore they have an important harm-reduction role and a potential to save many lives among long-term adult smokers.

“Having said that, we are urging caution in relation to use of e-cigarettes, as there just isn’t enough evidence on their long-term health impact.”

While San Francisco is the first major US city to ban the sale of e-cigarettes, a number of other countries - including Brazil and Singapore - have banned the products.