Irish citizens in Peru appeal for help to get home

A number of Irish citizens who are in Peru have appealed to the Irish Government to help get them...

Irish citizens in Peru appeal for help to get home

A number of Irish citizens who are in Peru have appealed to the Irish Government to help get them home.

It is believed approximately 60 Irish people are stuck in the South American country, after it was put into lock down over the coronavirus pandemic.

The Department of Foreign Affairs is working to help those stuck in other countries get home.

However, restrictions on movement and airline cancellations are hampering efforts.

It has been reported that the Peruvian government will block all flights from Sunday onwards.

A lock down came into effect at midnight on March  16th which saw its land and air borders shut.

Tourists have been advised to stay in their hotels or hostels.

A curfew is also in effect between 8.00pm and 5.00am, with police patrolling the streets.

Lorna Moore in a vet from Co Offaly who is in the country with her boyfriend, who is from Co Derry.

The pair had been backpacking around central and South America for the past month and a half. 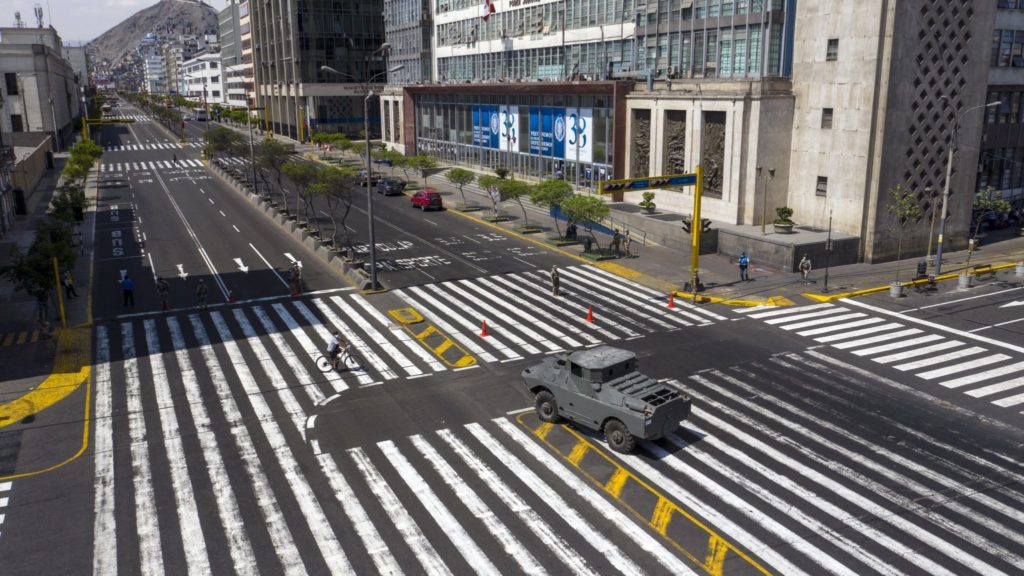 Lorna explained: "We are supposed to be half way through our trip but we are now in lock down in Peru.

"At 11.00pm Sunday night Peru time we read online that an hour earlier the Peruvian prime minister had announced total lock down of all borders.

"There was no mention of what time this was to start at.

"Luckily we were staying in a recommended hostel of the tour group and downstairs drinking at the bar was one of our guides.

"We went to ask him what we were to do and he informed us that we had until 11.00pm the following night to get out of the country."

They were told their travel company was going to organise a bus the following day to Lima Airport to try and get a flight out - but they were not told what time this bus would be at or when they would know.

"We were in a tiny village in the desert at this stage, five hours from Lima - another hour from the airport.

"No taxi would take us. Without knowing bus times we couldn't book a flight online for the next day.

"The next morning it was 8.00am when the guides were back at our hostel and they still didn't know when a bus was coming.

"At this stage flights out of Lima were either booked up or costing €5,000 - and only going to other country's in South America about to go into a similar lock down."

Lorna said they spoke to the Irish embassy which "told us to get out."

"They didn't seem to understand that we couldn't get out."

"We were advised to fly to Chile as they weren't due to close their borders for another two days.

"Unfortunately the only available flights from Chile to Ireland were via Sao Paulo which has in excess of 1,500 cases of COVID-19 and from there to Madrid, which is in complete lock down"

"We had decided to go to the airport and see what the story is.

"On the bus we were informed by the tour company that the airport had closed its doors. Only people with tickets bought online could get in."

"We again contacted the embassy and were instructed to get accommodation in Lima for the minimum 15 day lock down and wait it out.

"We followed instructions, got an Airbnb, got in food and have been in strict lock down since." 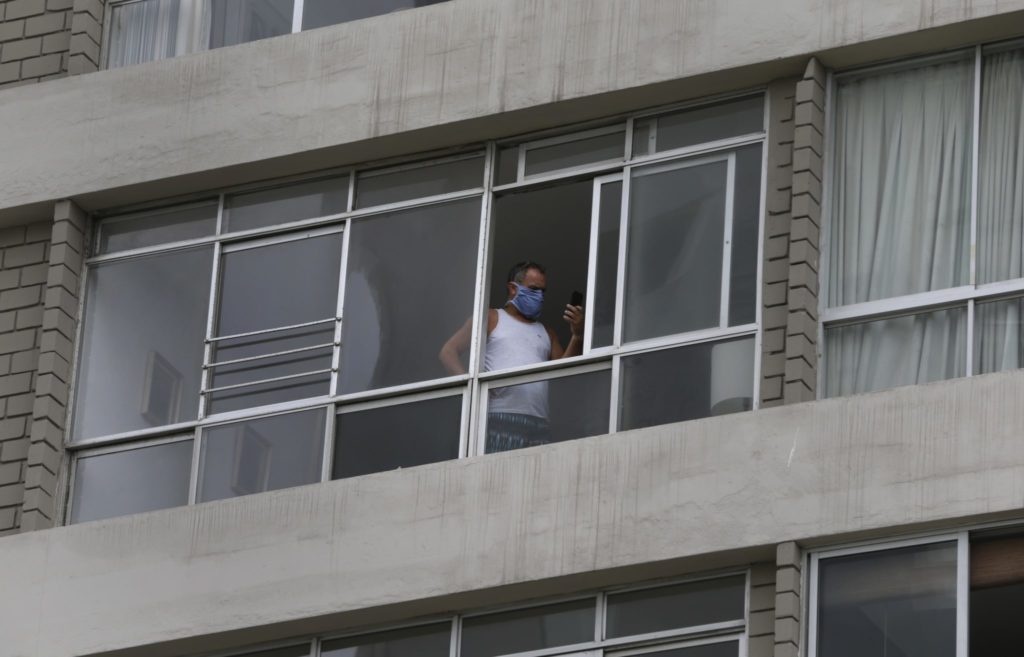 A man looking at his mobile phone stands on the same floor where a coronavirus victim's body was removed from an apartment building in Lima, Peru | Image: Martin Mejia/AP/Press Association Images

She said on Tuesday they were told of the possibility of an emergency humanitarian flight.

On Wednesday, the couple got another e-mail about a possible flight this weekend to London with carrier Avianca.

Lorna adds: "They say we have to pay US$3,000 to $3,5000 per person for this flight one way... This is the last mention of flights home we have got from the Irish embassy.

"We have asked daily and just keep being told they are in negotiations."

"We are feeling neglected by Irish Government. Everyday the lock down is getting more severe.

"The local people here are blaming us for bringing COVID-19 to their country and tensions are rising.

"We feel like the embassy is waiting around for another European country to repatriate their citizens and hoping they will allow us onto their planes.

"We feel like they are advertising to us overpriced airlines that have no guarantee to actually getting us home safely.

"We could be stranded in Peru for months and are very anxious."

They are communicating with other Irish people in Peru through a WhatsApp group.

Another Irish citizen in Peru, Niamh Brennan, spoke to Pat Kenny on Friday.