Ireland has moved up in a global reputations survey, which puts it back in the top ten. The annua...

Ireland has moved up in a global reputations survey, which puts it back in the top ten.

The annual Country RepTrak study examines perceptions by the public in the former G8 nations of Canada, France, Germany, Italy, Japan, Russia, the UK and US.

It sees Sweden retain the top spot out of 55 countries.

Sweden is ranked number one as it is perceived to be a safe place with an effective government and progressive social and economic policies.

While the United Kingdom, United States and Russia all receive weak reputation ratings.

Six of the top 10 are European countries.

"Since the Brexit referendum of 2016, the UK's country reputation has polarized", it says.

"Its external reputation among the G8 has declined sharply, dropping from strong to average in 2019, while its self-reputation continues to be in the strong range."

The study was carried out by The Reputations Agency and Reputation Institute.

It measures reputation based on the evaluation of 17 attributes, grouped into three dimensions: appealing environment, effective government and advanced economy.

The authors say Ireland's re-entry to the top 10 reflects a "steady improvement in rankings" over the last number of years.

This year Ireland was ranked 10th for appealing environment with an 'Excellent' score.

Niamh Boyle is managing director at The Reputations Agency: "As a small country, Ireland's strong performance in this study is excellent news in an uncertain political international climate, particularly as we look to showcase our country to international visitors and investors.

"Ireland proved to have both a strong reputation and a strong awareness level amongst the former G8 countries".

"Being welcoming, safe, beautiful and highly principled continues to drive a country's reputation.

"These drivers alone account for more than half of a country's reputation.

"Just like the most reputable companies and CEOs in the world, the countries with the strongest reputations are proactive when it comes to managing public perception." 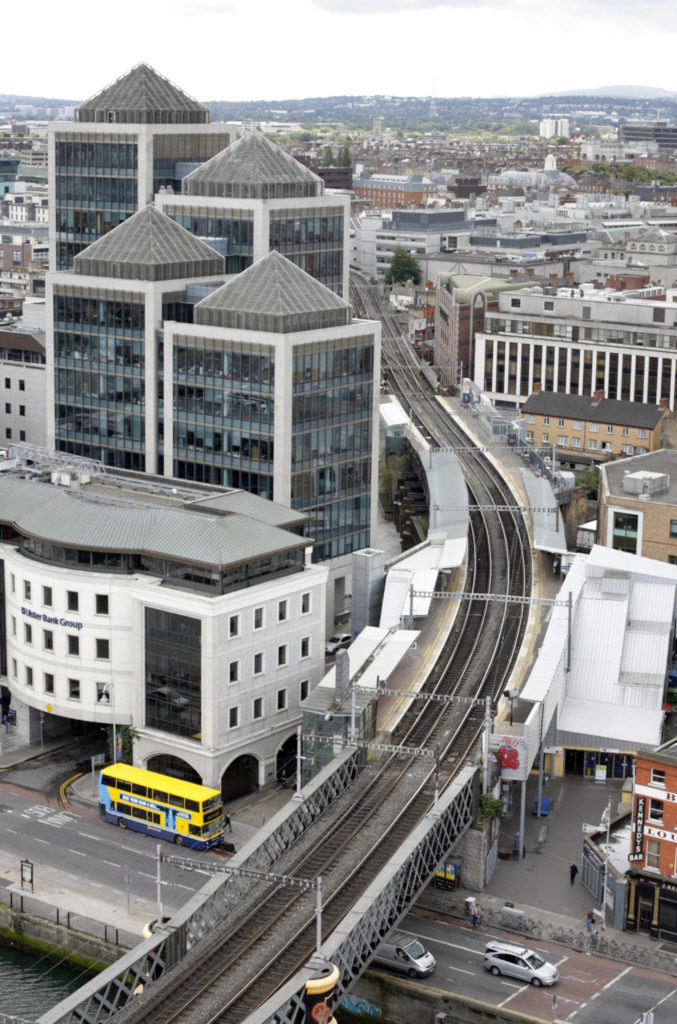 Part of the Dublin skyline and Tara Street DART station as seen from the top of Liberty Hall | Image: Mark Stedman/RollingNews.ie

The top 10 most reputable countries all received 'strong' scores for being ethical, with high transparency and low corruption.

While the world's superpowers - including the US, China and Russia - all received overall country reputation ratings in the 'weak' range.

The study, which took place in March and April 2019, consists of more than 58,000 ratings by former G8 citizens.