MEP Billy Kelleher says he and Senator Timmy Dooley travelled there at the invitation of political colleagues.

He says they saw first hand the "appalling suffering of people trying to get to European Union."

They will now ask political parties at European level to request more support for Ukrainian refugees.

Mr Kelleher is now back in Poland, but told The Pat Kenny Show what they saw.

"We crossed over from the Polish side to the Ukrainian side yesterday - we saw kilometres of queues of cars, people trying to cross the border from the Ukraine into Poland.

"We saw probably a four to five kilometre human queue of people just standing on the footpath, on the side of the road - mainly elderly people or young families.

"Many people in wheelchairs [with] disabilities.

"It was catastrophic to see it being truthful in terms of just the sheer misery, and the slowness in terms of processing the people to allow them to cross the border."

He says people who are already exhausted then have to queue for days.

"The difficulty is that they are coming from very far east and they're travelling on trains.

"Then they may have to get off the trains, they're walking to the last part of the border - and then they maybe standing there for two days to get across".

He says they went across the border to highlight this issue.

"We do need to speed up the processing of people coming across the border from Ukraine into Poland.

"And that's why we were there, being truthful, was to just try and highlight this - to see if we can get the Commission and member states across the European Union to respond more quickly and effectively". 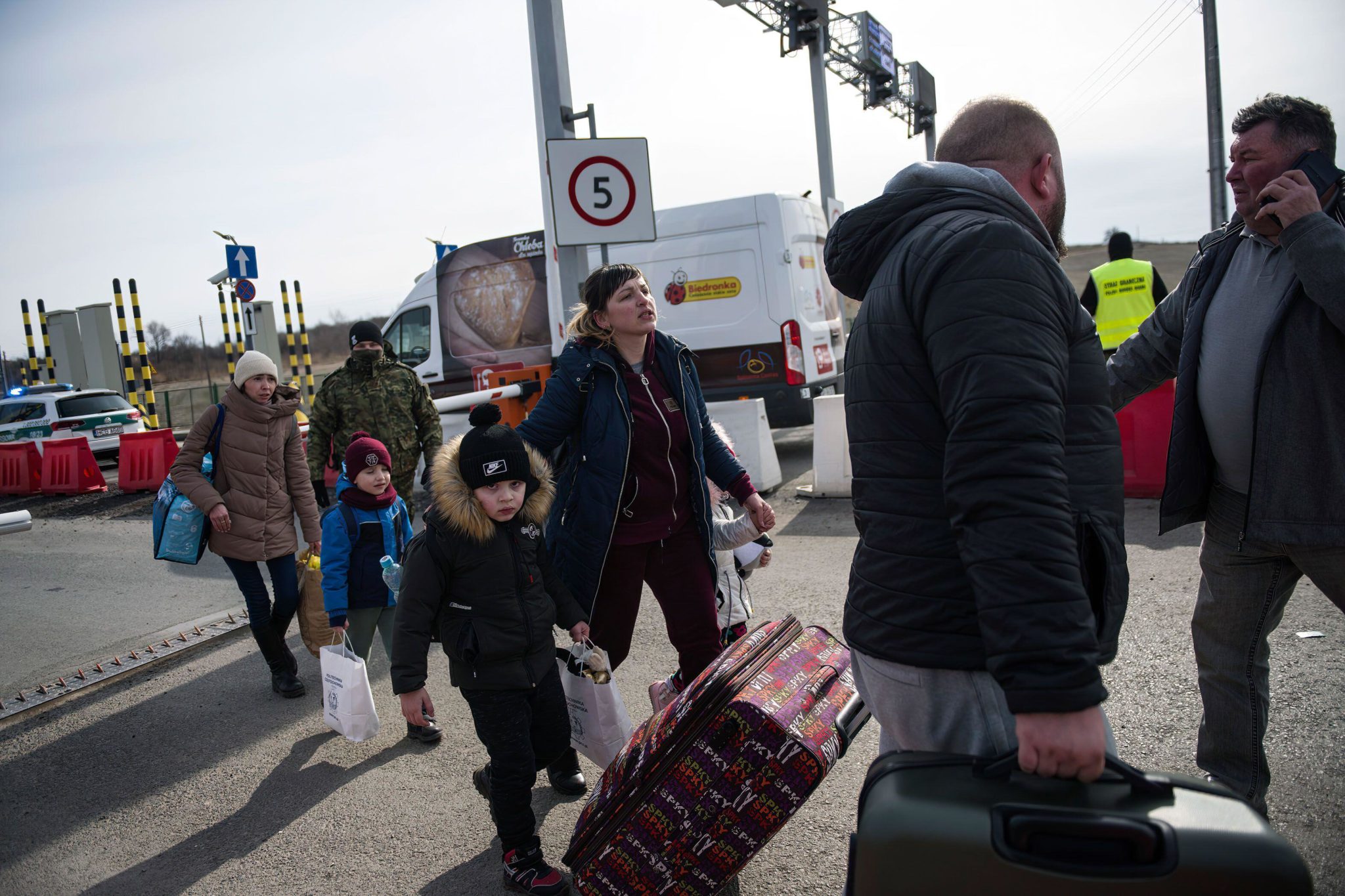 He believes it is a question of logistics around the numbers of people arriving.

"There's six border crossings from Ukraine into Poland, and I believe that they will just have to open up more or extend the capacity to allow people to move seamlessly.

"They're anxious, they're concerned when they're on the Ukrainian side because they're hearing stories of the bombardment, they may have lost loved ones already, they're fleeing from Russian artillery".

And he believes facilities should see people being assessed on the EU side of the border.

"What we need to do is open up so they can come across the border into containment areas where they can be assessed on the European Union side of the border.

"So at least the anxiousness and the concern of standing on a road in Ukraine is [not] the issue".

Irish MEP calls for 'complete review' of all COVID restrictions