It doesn't matter who you are, there is something surreal about standing in the White House for the first time.

It doesn't matter who you are, there is something surreal about standing in the White House for the first time.

Micheál Martin has been there before with Joe Biden specifically pointing out this week the last time he was there Martin was Foreign Affairs Minister and Biden was the Vice-President.

"Now I'm the President and you're Taoiseach, what the hell are we going to do?"

Unfortunately for Micheál Martin that meeting will now have to take place through a laptop screen after he tested positive for Covid-19 the night before the Shamrock Ceremony. 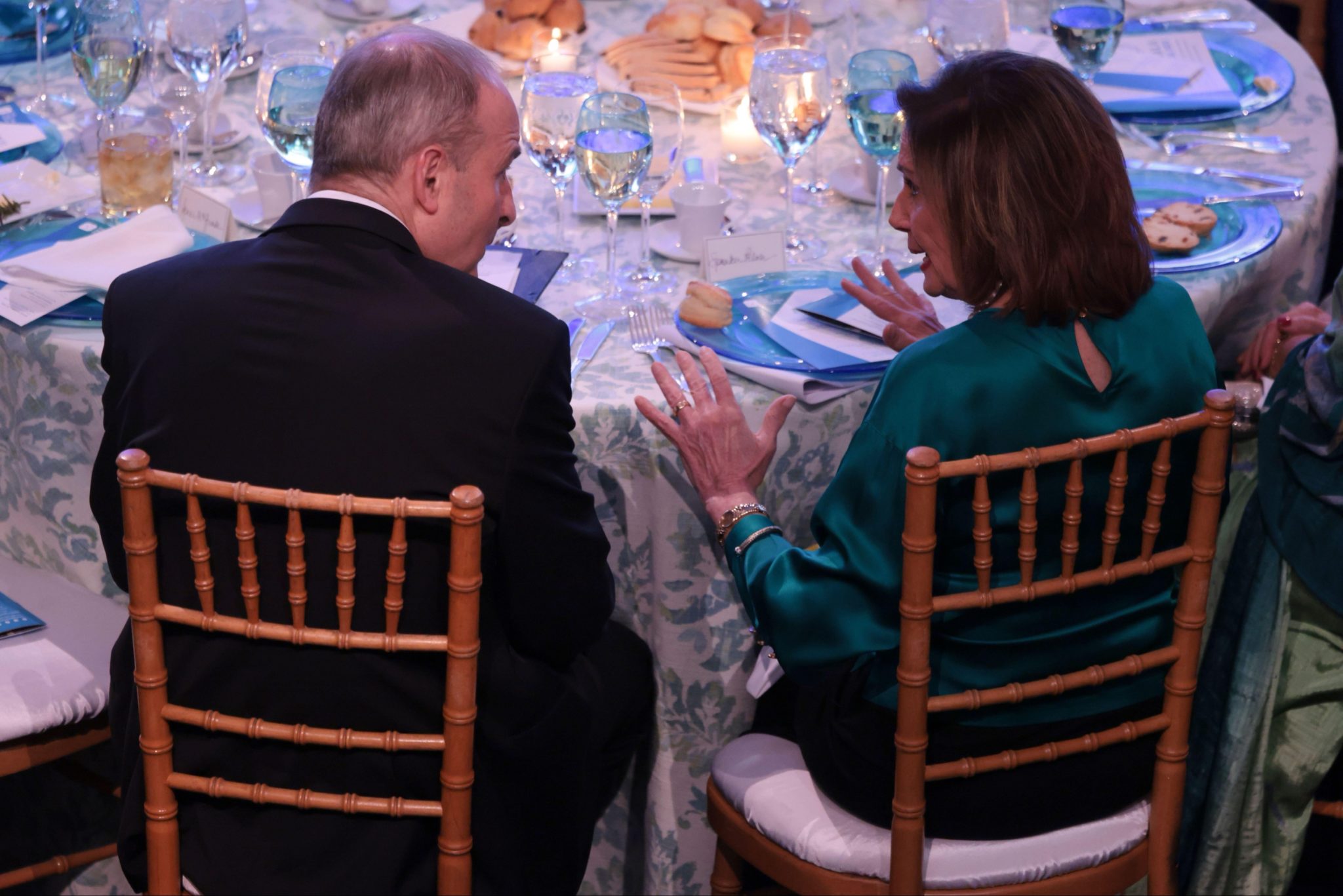 Micheál Martin and Nancy Pelosi at dinner together ahead of St Patrick's Day in Washington DC.

The two will still discuss Ukraine, Irish-American relations and the undocumented but it loses some of the heat when the leaders can't be in the same room.

We've been speaking with some of the people who've been in those discussions in the past to find out just what it's like when you share a room with the US President.

"You have to come to terms with your surroundings first of all but remind yourself it's an audience with the most powerful person in the world" says former Government Press Secretary Mandy Johnson who attended five of those meetings with Bertie Ahern.

Her first trip came in 2003 "just days before the commencement of the Iraq war".

She describes sitting across from George W Bush, Condoleezza Rice and Colin Powell as Ahern had to tell them about 100,000 people marching in Dublin to protest against any war and the use of Shannon as a US military stopover. 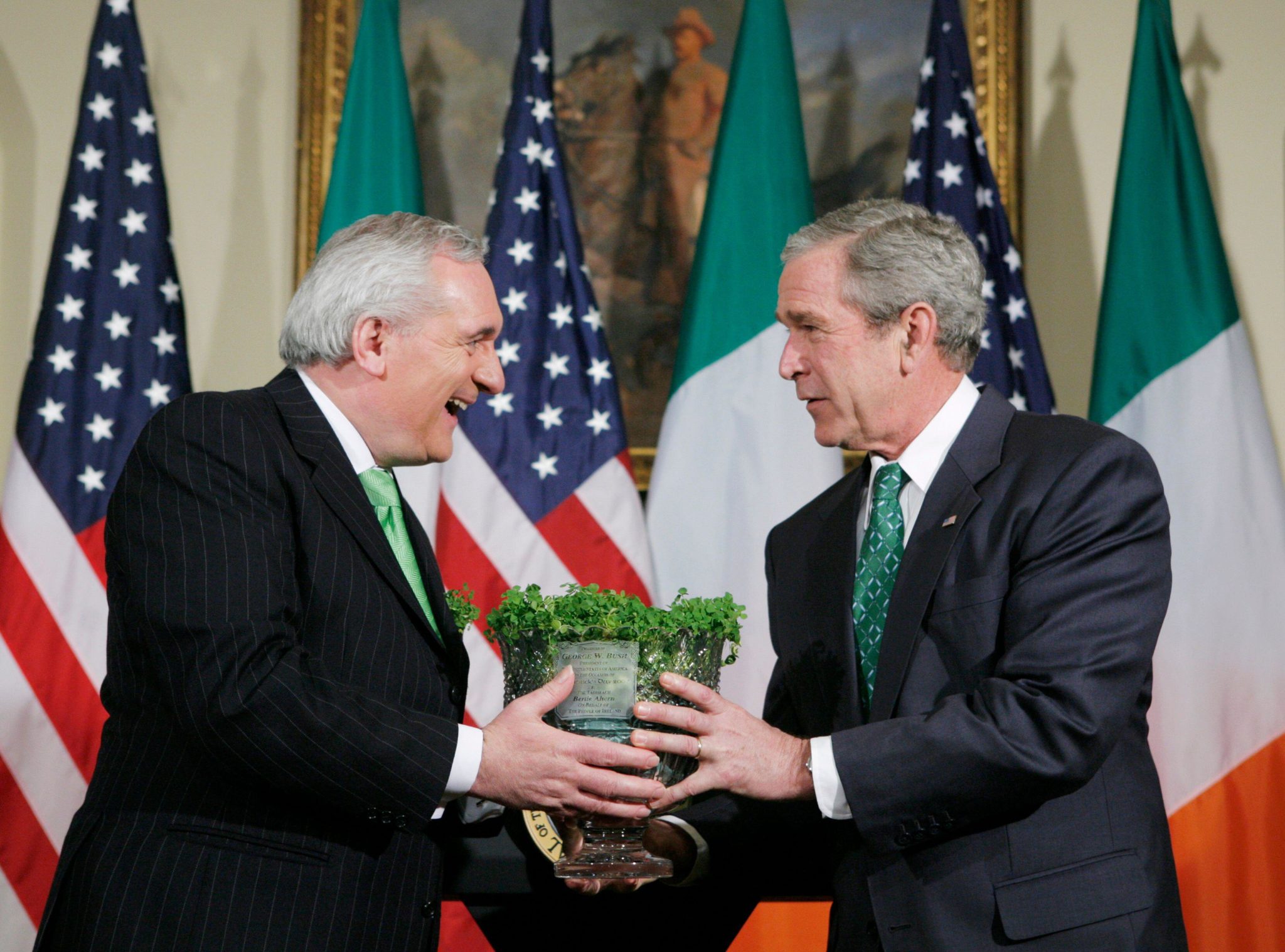 "Just a couple of days later we flew to an EU Council meeting and I remember sticking on Sky TV and the shock and awe campaign and the invasion had started."

This year's visit equally comes at a time of war and one in which Ireland is much more politically involved.

Different Presidents have handled those meetings in different ways.

Donald Trump wanted to meet Leo Varadkar one-to-one for ten minutes or so without anyone else in the room before letting officials in.

"Literally anything was on the table" said one source. 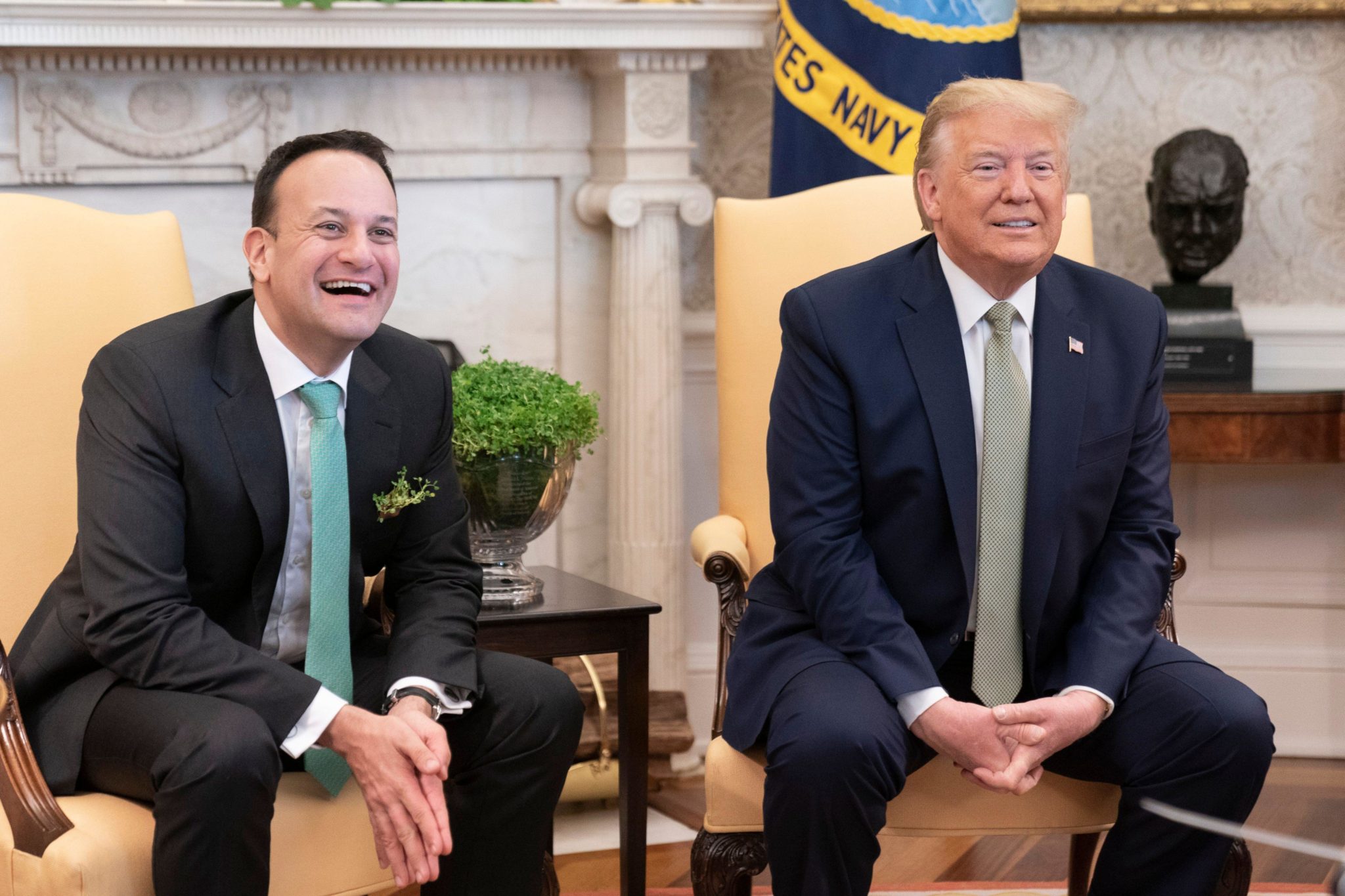 Others like Bush and Barack Obama had officials in the discussion the whole way through.

It's more common than not for bilateral meetings between world leaders to be filled with close aids so one side can't come out and say things happened in the room that never actually happened.

Micheál Martin's team will have wargamed how to approach Joe Biden on a number of key issues.

Feargal Purcell, former Government Press Secretary for Enda Kenny, says you need to have a plan going in.

"That is always a bone of contention before you go, what are we going hard on here?

"You only ever have a finite amount of political capital to cash in even if you are Irish, even if it is Paddy's Day, so you better know how to cash it in".

Purcell was with Kenny when he met both Barack Obama and Donald Trump.

"Yes, you approach those two individuals very differently" he says when asked about preparing for the discussions.

But sources who were in the room for some of the meetings with Donald Trump say he was surprisingly businesslike. 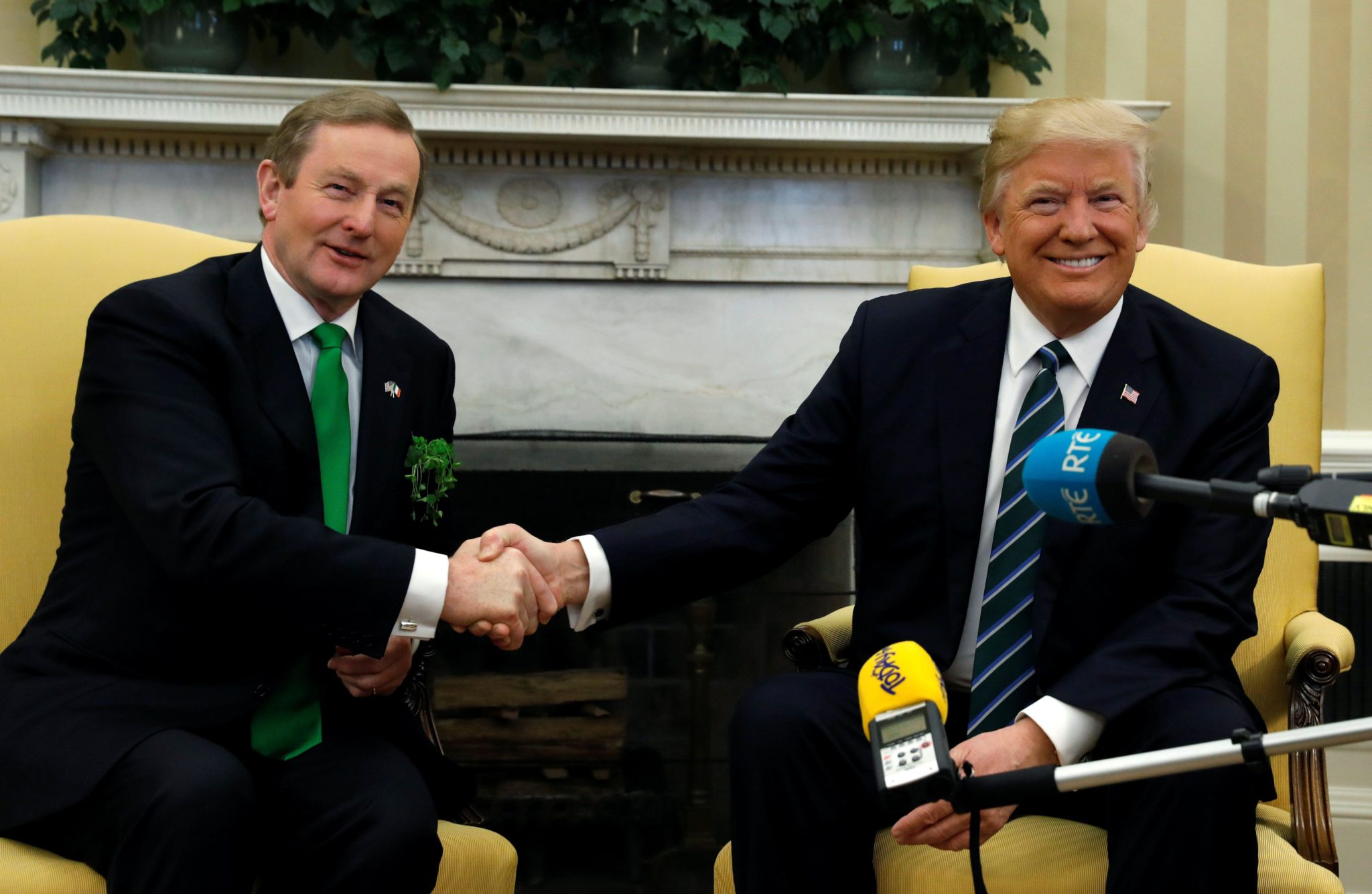 "He wanted to do a deal" said one on Trump's approach to the undocumented Irish. "It very nearly got done."

That's in stark contrast to the general impression that Trump's anti-immigrant stance has scotched any chance of the undocumented Irish getting a path to citizenship.

Sources said he was well briefed on the detail, even if there was a lot of golf talk in the meetings.

Many people question whether anything is achieved from the St Patrick's Day meetings or if it's all just a pat on the head day full of good feelings and little substance.

Every person I spoke to who has been involved pushed back on that.

The jealousy from other countries about the access Ireland gets is very real. 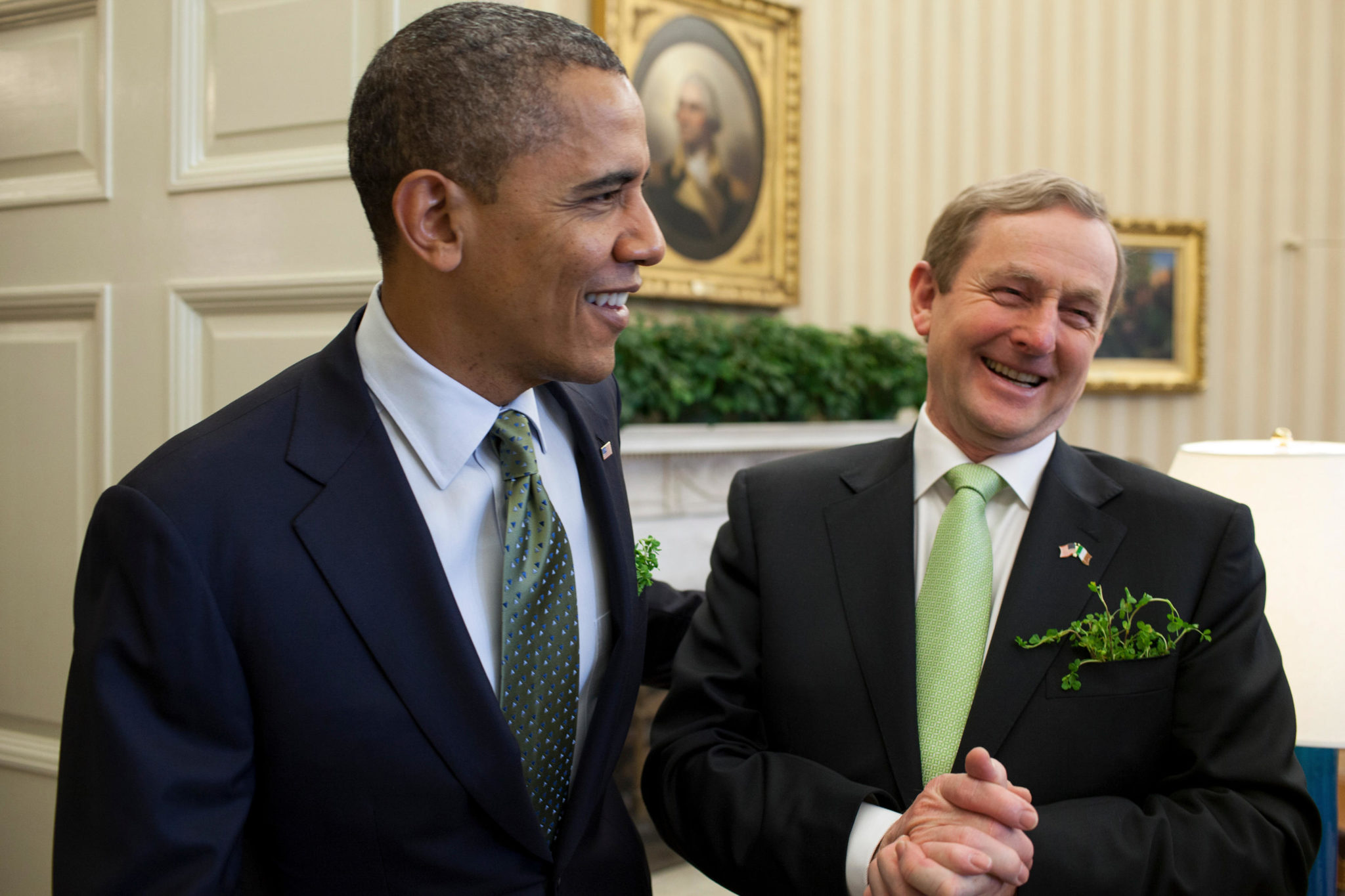 One source said during Brexit the British Government had been heavily briefing and "spinning" Washington in advance of the St Patrick's Day trip knowing the access the Irish Government would have.

"It was our chance to counter that".

Others complain about truth never being spoken to power and will point out even though Bertie Ahern raised the issue of Shannon in 2003 it hasn't stopped it being used.

Kenny drew international praise for his speech in the teeth of Trump's anti immigrant rhetoric.

"It’s fitting that we gather here each year to celebrate St. Patrick and his legacy. He too of course was an immigrant. And though he is, of course, the patron saint of Ireland, for many people around the globe he’s also a symbol of — indeed the patron of — immigrants" said Kenny.

"There was an energy in the room" says Purcell, "a real electricity. They were caught between admiration and fear"

He denies that it made the relations a bit colder that week. "He put the ball squarely in their court".

Between the Ireland Funds dinner, the actual bilateral meeting, the Capitol Hill lunch and the shamrock ceremony Joe Biden is taking more than a full day out of his schedule to spend with some of the Irish delegation at a time of war and domestic pressure fuelled by gas price increases.

That can't be taken for granted and opens a new door for the Irish - American relationship.

It's just Micheál Martin's consistent bad luck, and that most pervasive of viruses, which will mean he can't build on that in person.