Publicans and restaurateurs have voiced concerns about possible backlash from the public when ind...

Publicans and restaurateurs have voiced concerns about possible backlash from the public when indoor hospitality reopens on Monday.

The final regulations to allow indoor service are expected to be signed off today by Government after draft guidelines were issued by Fáilte Ireland.

Only guests who are fully vaccinated against COVID-19 or those who have recovered from the virus, as well as their children, will be allowed to access venues inside.

Adults must have proof of immunity, such as an EU Digital COVID Cert, and photo ID, while closing time will be 11.30pm and there will be no counter service.

Padraig Cribben from the Vintners' Federation of Ireland is appealing to the public to follow the rules from Monday.

"Publicans over many years have been used to dealing with tricky situations but we would ask the public to make life as easy as possible for those who are trying to get back into business again."

It comes as up to 2,000 people took to the streets of Dublin yesterday protesting about COVID certificates, vaccines and ongoing restrictions. 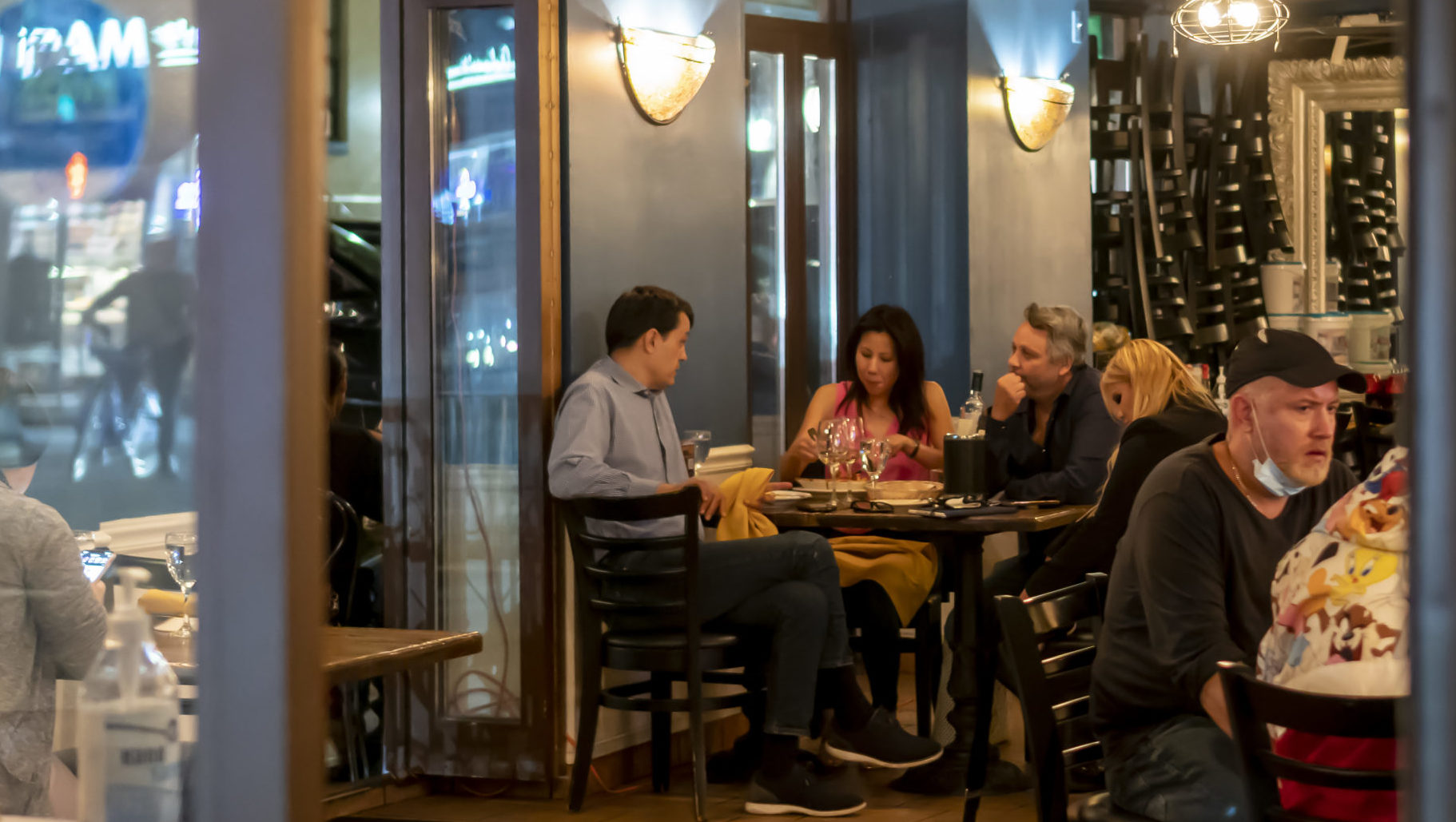 Indoor dining begins at a restaurant in Chelsea in New York: Photo by Richard B. Levine

Questions have also been raised over whether the rules on indoor dining could lead to a raft of legal issues.

Stuart Gilhooly, a solicitor and former President of the Law Society, told The Pat Kenny Show on Friday that a number of issues may need to be examined by the Attorney General.

"The sort of things that will be worrying to him is the global issue around equality, vaccinated versus unvaccinated, whether a person who is unvaccinated through no fault of their own, particularly, can't dine indoors at a pub or restaurant and then you'll have vaccinated people who are allowed to do so," he said.

"That will be one big issue and that's not going to be solved by regulations.

"In the case of vaccination, there are simply many cases where you can't get vaccinated as you haven't been called yet, lots of people in their 20s and 30s and some people even older still haven't got full vaccination.

"Of course there are people who are also refused entry to pubs but...there is definitely an equality argument, especially where people who want to be vaccinated aren't vaccinated at the present time.

"The argument would probably be trumped by health concerns and the Constitution, the right to bodily integrity and good health will probably trump that right to equality, but it is a case.

Mr Gilhooly believes that one of the biggest issues surrounding the new rules is that unvaccinated workers will be serving customers when they themselves are not allowed to access indoor hospitality.

"I think that's probably the biggest concern that they have, we're saying that's it not OK for unvaccinated customers to come in but we are saying it's perfectly OK to have the same age people unvaccinated as staff," he stated.

"The one difference is, they'll be wearing masks, and that is some protection, but we all know that masks don't offer full protection.

Under the guidelines, staff will also have to police COVID certificate checks as there must be "a defined, managed and supervised entrance point with an appropriate queue management system within the business or at point of entry to seating areas, that is controlled by personnel who have been instructed in the process". 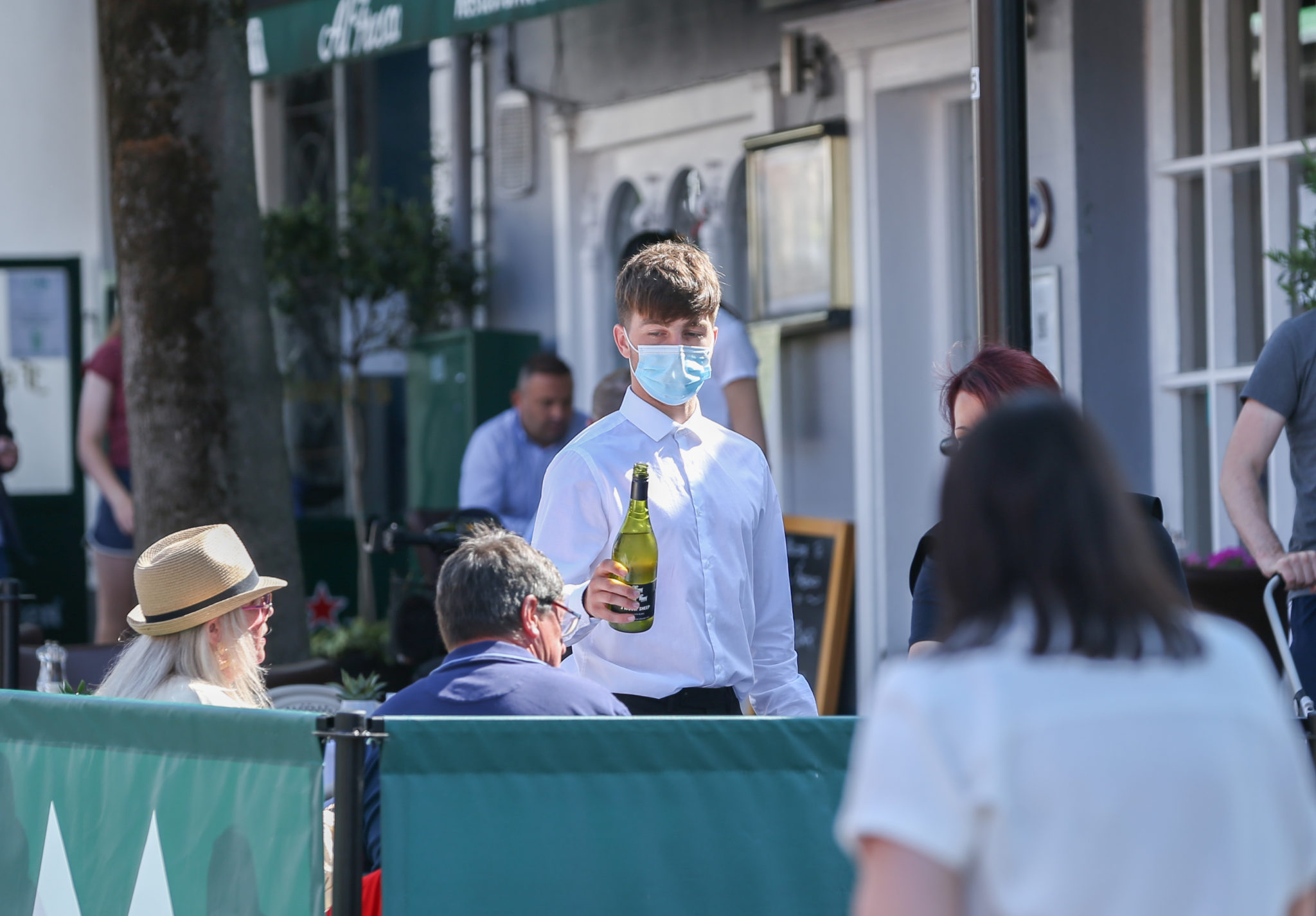 This is going to be "a real problem" in practical terms for staff, according to Mr Gilhooly.

"Let's not kid ourselves, there are people who are going to transfer their QR code to other people and they're just going to be flashed at a pub or restaurant owner or staff and say, 'That's mine'."

He added that the consequences of a false QR code not being identified could create a "minefield" of issues for pubs and restaurants.

"What happens if they're wrong on these spot checks, are they going to be carried out by compliance officers? Are they going to find the restaurant or the pub liable for this?" he questioned.

"There are quite draconian results for people who are found to have done this, they could have cessation orders for pub and restaurant owners who don't comply with the rules.

"If they do their spot checks and they do find there are unvaccinated people in there, are they going to punish them for not picking up the false QR codes?