It is estimated there are 9,400 vacant homes and 1,448 derelict units in Cork County

A tax on vacant homes needs to have 'teeth', according to Cork TD Holly Cairns.

She and other members of the Social Democrats are embarking on a journey of the county on Saturday to highlight the issue.

She told Lunchtime Live some of the vacant and derelict units there are becoming a public health risk.

"Our aim is to raise awareness around vacancy and dereliction, and really to highlight that it's such a national issue," she said.

"We're at a stage where houses are being left rotting when we're in a housing crisis, but to the extent that they've actually become a public health risk. 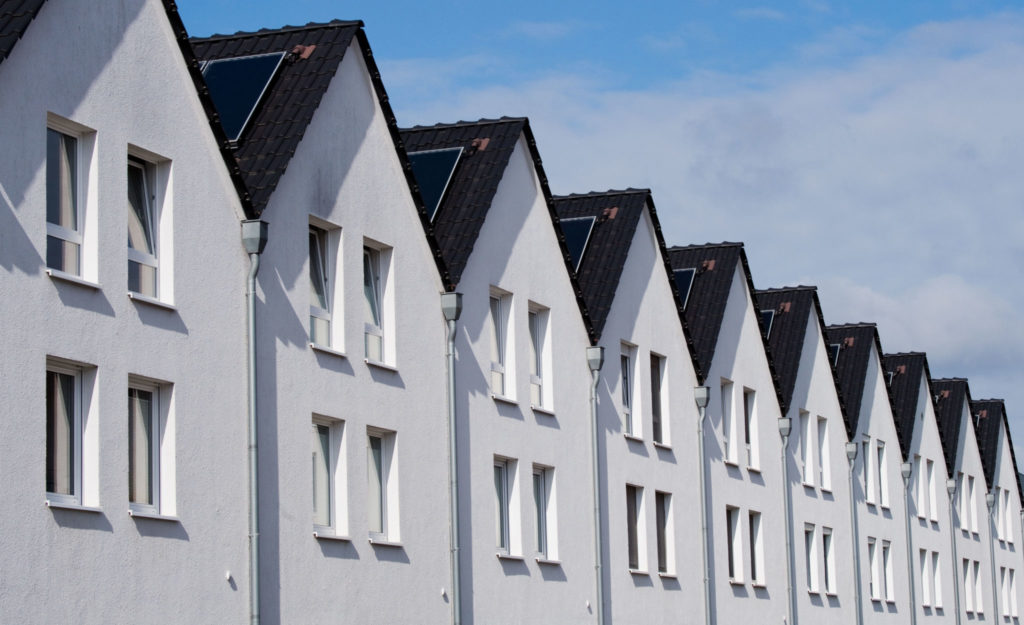 Terraced houses in a new development in May 2019. Picture by: Julian Stratenschulte/dpa

"Looking at Cork as an example, we know Frank O'Connor has done incredible work around the travesty of Cork in and of itself.

"Yet less than 200 properties have been repurposed by Cork City and County Councils in the last four years through Government schemes."

She said the Vacant Homes Tax, announced in Budget 2023, does not go far enough.

"In the budget they introduced a 0.3% tax on vacant and derelict homes," she said.

"This is just such a blatantly lame attempt... that's like saying to people who are sitting on these properties 'Here's a little nudge into selling this or turning it into housing accommodation.'

"That is not what we need when the housing crisis is at this scale, we need a tax with teeth."

'From crisis to disaster'

Deputy Cairns said the number of homeless is rising as properties lie vacant.

"The housing crisis in and of itself has gone from crisis to disaster, and at this stage it's immoral to sit on empty homes when we know that there's been a 47% increase in child homelessness in the last year alone.

"In total a record 10,805 people who are homeless across the State, that's up 32% in the last year, and we know that these figures are an under-estimate.

"They don't include people who are still forced to live at home, people on the streets, people who are couch-surfing, people trapped in direct provision and people who live in refuges," she added.