A male survivor of breast cancer has urged people to inform themselves about how to check themsel...

A male survivor of breast cancer has urged people to inform themselves about how to check themselves for signs of cancer.

Every year, more than 3,500 people in Ireland are diagnosed with breast cancer. Of that number, on average 37 of the patients are men and one of them was Dara McDonough.

Like many men in Ireland, Dara had no idea men could get breast cancer and he is out on a mission to change that:

“I was in the shower, just washing myself, and I came across this lump,” Dara recalled.

“I thought nothing of it - well I thought it was unusual and shouldn’t be there - but I did not think men could get breast cancer.

“So cancer was not on my radar at all.”

The lump was just to the right of Dara’s right nipple and at first he thought it was completely benign:

“It was about two and a half centimeters. It was a significant lump; hard and no pain whatsoever.

“It didn’t protrude from the skin, it was inside.”

Dara towelled himself off and went about his day. However, when he hopped back in the shower the next morning, he noticed the lump was still there, nestled beside his nipple:

“And there it was again and I left it for about three or four days. You know your own body and I thought, ‘That shouldn’t be there.’

“And thank God I went to my doctor.” 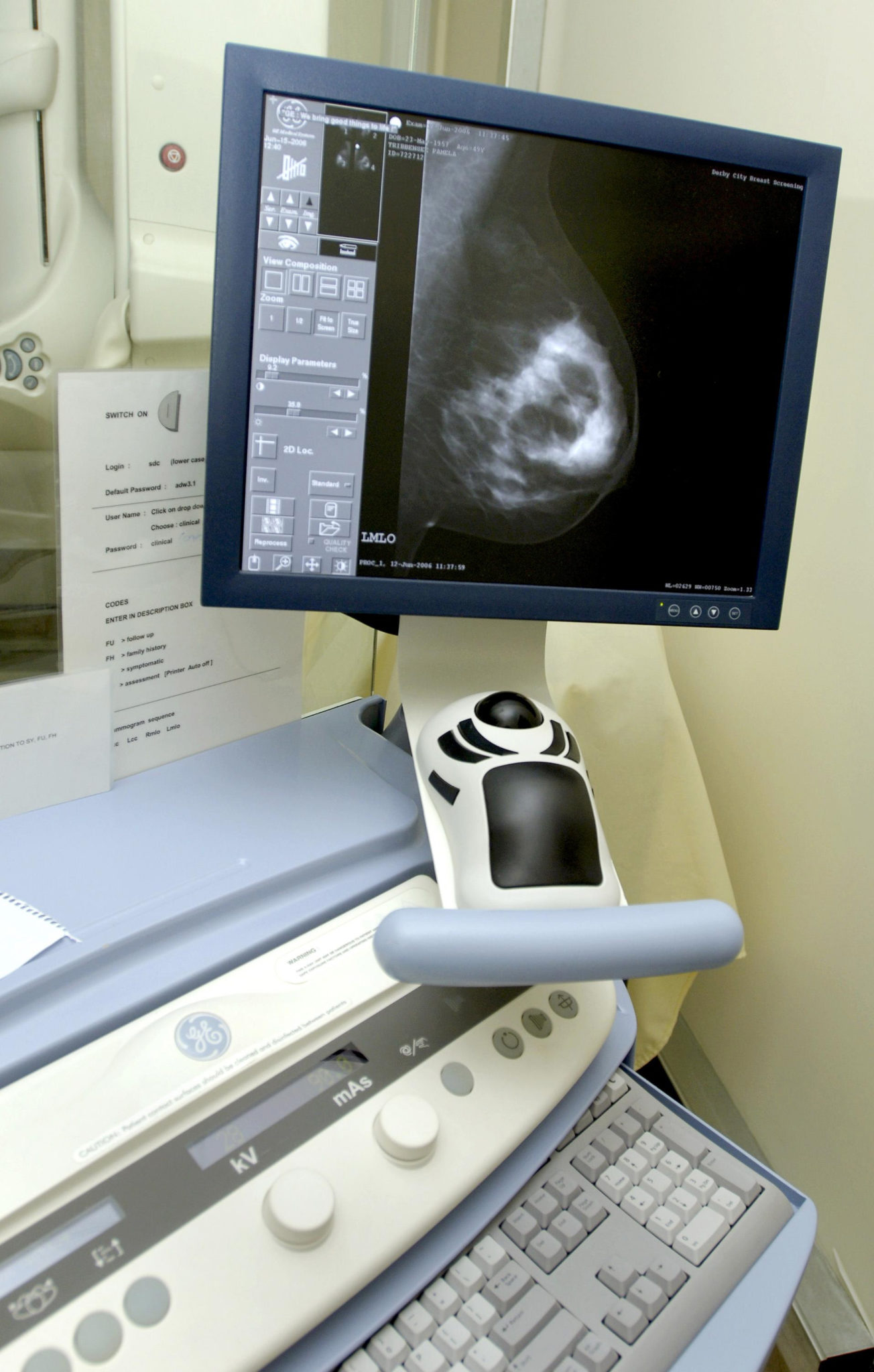 A mammogram showing a woman's breast being screened for breast cancer at Derby City Hospital.

Dara went to see his GP who was at first unsure whether it might be a harmless cyst. A scan was taken and a week later Dara received a call, asking him to take a trip to Dublin for a mammogram:

“Blessed was I amongst women!” Dara recalled.

“I was the only man there. It was very uncomfortable at times… They [the women] were looking at me but they wouldn’t look in my eyes. They wouldn’t sit beside me.

“I’m sure, with the benefit of hindsight, they were thinking, ‘Why doesn’t he wait outside in the car with his partner?’

“Because I had no idea that men could have breast cancer. I would say the vast majority of those women didn’t realise men could get breast cancer either.”

A week later Dara's doctor called him in to tell him that he had breast cancer and he was given a mastectomy the following Thursday in the Mater Hospital.

Dara is currently in remission and has since become an Ambassador for Breast Cancer Ireland. He says if people take away anything from his story, it is that they should regularly check their breasts for lumps:

“Vast majority of people have a shower in the morning,” he said.

“Check. You check under your armpit, you’d be looking for a lump and looking to feel if the tissue is swollen.

“Bring your hands across your nipple then with your fingers, you can feel around and feel if there is a lump.”

Breast Cancer Ireland has a handy guide to all the symptoms of breast cancer, if you want to learn how to check yourself, you can click the link here.

Dara’s experience has given him a new passion in life and that is to educate people, whether men or women, on how to check themselves for cancer:

“Although when we think of breast cancer, we think of a breast, we’ve all got breast tissue,” Dara concluded.

BreastCheck: Around 120,000 women have not been screened due to pandemic