The CEO of the HSE Paul Reid has said the health service's COVID-19 vaccination portal has been s...

The CEO of the HSE Paul Reid has said the health service's COVID-19 vaccination portal has been strengthened to prevent people from abusing it.

His comments follow reports that cleaners, kitchen staff and administration workers at a charity in Limerick have been vaccinated against the virus.

The Irish Mail on Sunday reports almost 70 employees at the Northside Family Resource Centre falsely represented themselves as frontline healthcare workers on the HSE's vaccination portal.

The paper says they were instructed to do by the CEO of the centre, who warned them not to speak of their inoculation.

Paul Reid told On The Record with Gavan Reilly that immunisation programmes must be underpinned by trust in order to operate effectively.

"The whole programme of vaccinations in this country, and indeed in any country, is based on a high level of trust," he said.

"It's certainly geared towards, in the first instance, protecting those that are most vulnerable or most liable of risk of hospitalisation, severe disease, ICU and mortality.

"It is very frustrating, it's annoying and it breaches the basic tenet of what the programme is all about when incidents like that happen or other incidents that are high profile which we know have happened."

He added that in the specific case of the Limerick charity, some of those workers may have been entitled to the vaccine anyway depending on their situation.

The HSE boss has previously said he was "extremely annoyed and frustrated" after the Beacon Hospital gave vaccines to private school teachers.

Meanwhile, a report found last week that a consultant doctor at the Coombe Hospital in Dublin vaccinated two family members with a vial they took home with them from the clinic.

Today's report follows the news this week that Health Minister Stephen Donnelly was understood to have been told that people were exploiting the HSE’s online portal for staff vaccines in order to jump the queue ten days before it was taken down.

Meanwhile, there were around 500 "no shows" at a COVID-19 vaccination centre in Dublin last week after duplicate appointments were given out.

The Citywest facility had over 1,300 healthcare workers scheduled to receive their jab, but only around 750 turned up.

According to the Dublin Midlands Hospital Group, it may be a result of whether someone is marked as being vaccinated on an online portal. 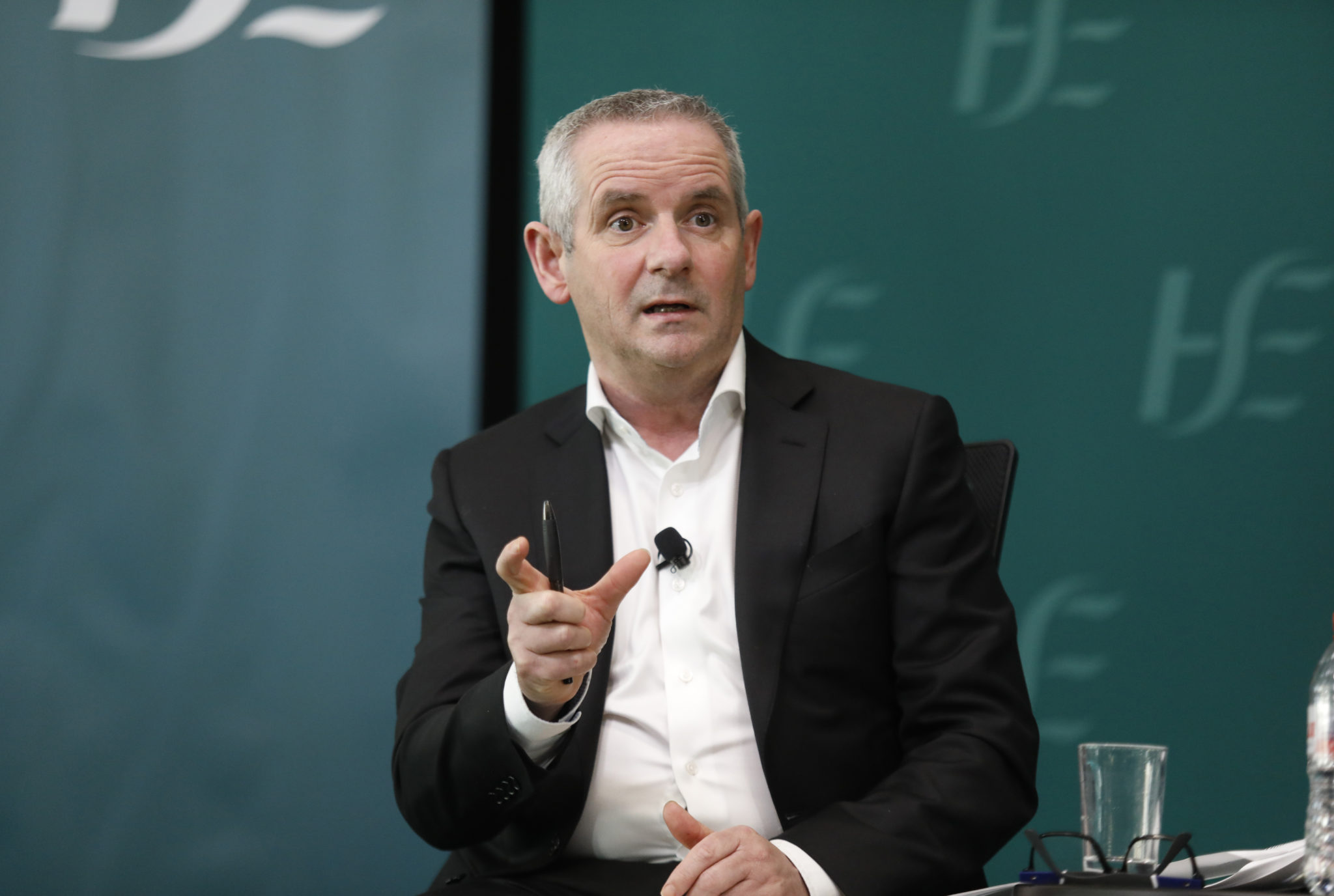 Mr Reid said recent issues with the vaccination portal cannot be attributed to the system itself, but rather an abuse of trust.

"Certainly what we've had to do is strengthen the validation portal and make sure when the person is coming to receive their vaccine that they're well-validated, that they are who they are."

Where breaches of the portal have been highlighted, they are being treated "seriously", he added.

Portal for the public

He sought to reassure people that as the portal goes public for the general population, there will be a different process.

The Taoiseach announced last week that he expects the public system to be available from the middle of this month.

People will be required to register their biographical details, such as age, date of birth and PPS number, Mr Reid added.

When it comes to getting the vaccine, they will be assigned a certain place and time and be required to show ID on arrival.

"It's a completely different process as we reach out to the public," he said.

Mr Reid said that the programme has worked so far, with huge benefits from the doses that have been administered to date.

Ireland's millionth dose of the vaccine against COVID-19 will be given in a matter of days and by tonight, the HSE expects hospitals and mass vaccination clinics to have administered between 900,000 and 950,000 doses.