Ever go into a shop and spend more than you meant to? You're not alone, and supermarkets have act...

Ever go into a shop and spend more than you meant to?

You're not alone, and supermarkets have actually designed it that way to get you to buy more.

Conor Pope is pricewatch editor for the Irish Times. He told The Hard Shoulder there is a science behind it.

And there are even one or two ways to cheat the system.

"Everybody knows the old cliché about the supermarket's wafting the smell of freshly baked bread through the ventilation system - and that's to create these hunger pangs.

"But there's a whole lot more going on when you first walk into a supermarket.

"When you walk into a supermarket the first thing you'll see is the fruit, vegetables, the flowers and the bread.

"There's a couple of reasons for that: the bright colours of the flowers, and fruit and veg, stimulate the brain and they make you feel slightly more exhilarated.

"And when you're slightly more exhilarated, you're more inclined to spend money".

And he says convincing people they're 'doing good' by buying fruit and veg also has a psychological effect.

"You put the fruit and veg in your basket and you feel good about yourself.

"Because 'Look at me I'm buying lots of kale and lettuce, and cabbage and apples - amn't I amazing?'

"So that means by the time you get to the junk aisles further down the shopping journey, you feel like you've earned this".

And Conor says even the trolley itself is affecting our shopping habits.

"There's another interesting thing that's happened with trolleys over recent years - shopping trolleys have got much bigger.

"The behavioural economists and the researchers worked out that the bigger the trolley, the more we put in the trolley.

"So they made the trolleys bigger... and they've actually done the maths on it.

"So they reckon if you double the size of a trolley, people spend 20% more." 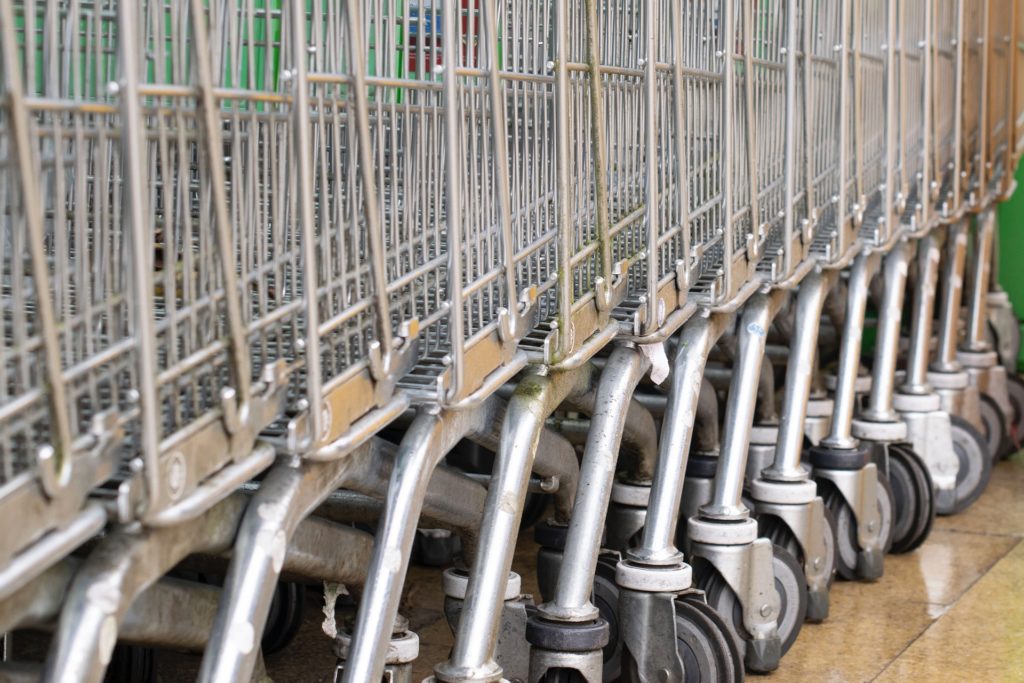 Image by Kevin Campbell from Pixabay

While another trick used is down to the floor tiles, as Conor explains.

"If you're ever pushing your trolley up and down the supermarket, every now then you hit a little ridge.

"That's not because they employed a dodgy tradesperson when they were getting the tiling done.

"That's because if they put the little ridges in along our shopping journey, it slows us down.

"Supermarket speed bumps - they don't want us whooshing up and down the aisles... They want us to be slow, methodical and steady."

And Conor says a lot of supermarkets lacking windows is by design.

"They don't want you to realize that 'Jesus I went in here when it was bright, and now it's dark'.

"So they got rid of all the windows.

"They also deliberately move all the staples into different corners of the shop.

"I mean the bread, the eggs, the milk, the flour, the cereals - the things that everybody buys on every single supermarket journey.

"And the reason why they're in all four corners of the shop - they know that if we need the five things that everybody buys in the shop, and they're all in very different parts of the shop, we've got to walk the whole bloody shop to get to all five of them". 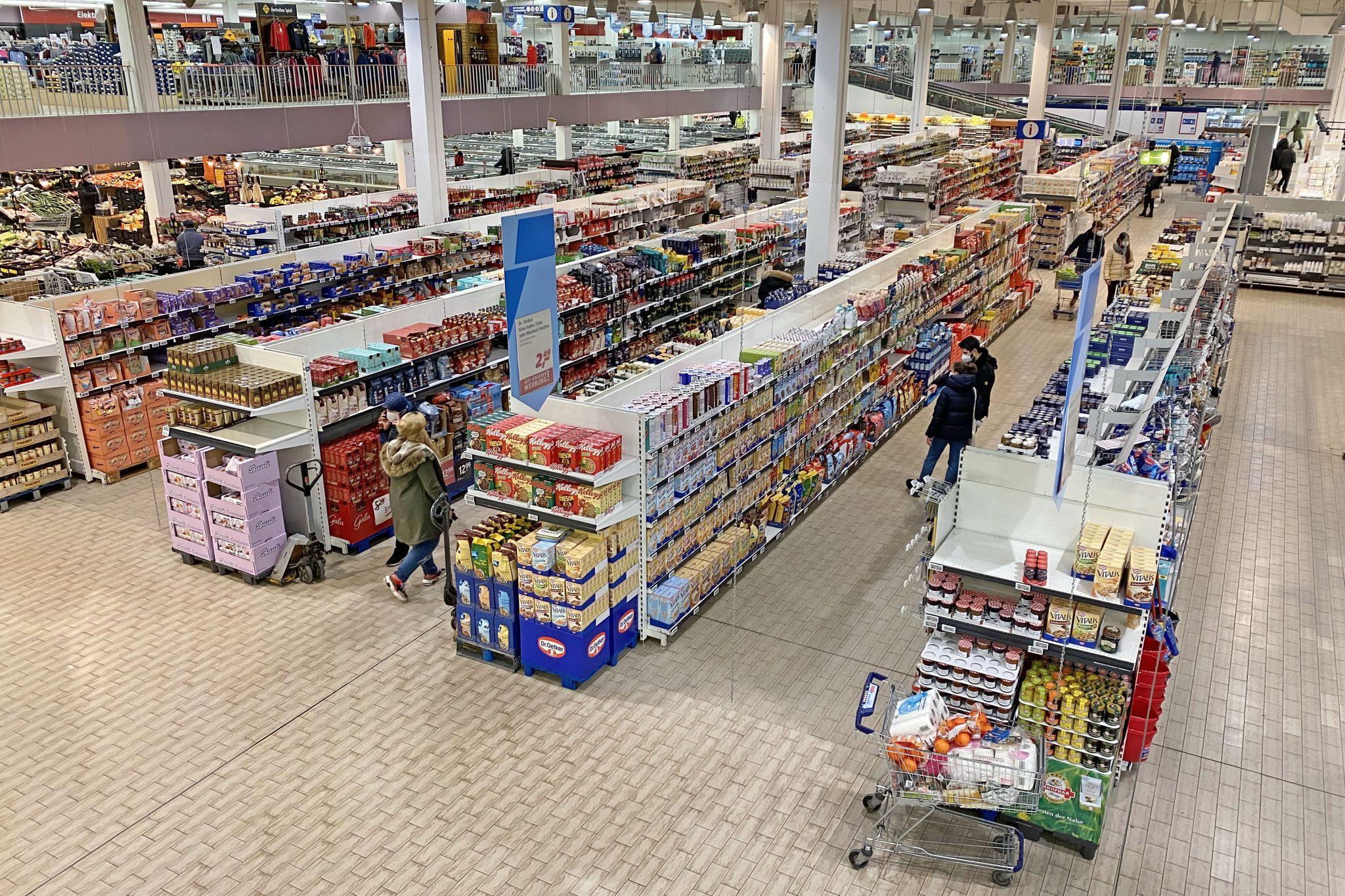 Aerial view of a supermarket in Munich, Germany in February 2021. Picture by: FrankHoemann/SVEN SIMON/DPA/PA Images

And he says destination products - such as milk and cream - will always be far from the door.

"By putting the destination product - the milk and the cream - at the back of the shop, they know that if I just want milk I have to walk all the way through the shop to get to the milk".

Conor says one way to try and beat the system is to make, and stick to, a list.

"You just put [it] on your phone and you put all the stuff that you need in your list, and you delete it as you go."

While Conor's second tip is to simply do your shop in reverse.

"Next time you're in the supermarket doing your big shop... you go into the shop, and you go the wrong way.

"So you have to deliberately and willfully push your trolley down to the booze and the off-licence... and you go the wrong way around the supermarket.

"And it'd be just interesting to see if your shop is any different".

But perhaps the old tricks aren't working as well as before.

The latest figures from Kantar show the Irish grocery market declined by 3.9% during the past 12 weeks.

Sales of tea and coffee both fell by 8% year-on-year, as people ventured back to offices and coffee shops.

While shoppers spent €7.7m more on soft drinks, €664,000 more on savoury snacks and €579,000 extra on chilled burgers and grilling meats as they stayed close to home.

Conor Pope: Calling me bald 'is a fact, not sexual harassment'

Conor Pope: You don't have the rights you think to return unwanted gifts

Conor Pope: People will be hit with higher energy prices in 2022