How do you explain to your child that you are leaving to fight in a war? It sounds like somethin...

How do you explain to your child that you are leaving to fight in a war?

It sounds like something you might read in history books about the Second World War but for Ukrainian Andriy Parkhomenko it is an experience that is all too real.

Although Andriy lives in Dublin, he is a Ukrainian military reservist and has had to tell his nine-year-old daughter that he will soon be returning to fight for their homeland:

“She will be nine on 28th March,” Andriy told The Anton Savage Show.

“Unfortunately, it looks like this year she will celebrate without me.”

“Of course, we tried to protect her from all this madness and she’s not one-year-old, right? She hears what we talk about. She hears what news is broadcast. As a kid, she’s trying to take it as a kind of joke, not to cry.

“She tries to smile and laugh like it’s a kind of game. But yesterday when she realised…” Andriy said, pausing while his voice choked with emotion.

“Last night when she saw me, she was crying - which is difficult.”

While the decision to leave was heart-breaking, Andriy feels strongly that he had no choice. Ukraine is his home and, at the hour of her greatest peril, he had to return and do his bit:

“It was my obligation as a citizen of Ukraine and a military reservist,” Andriy Parkhomenko said.

“And by moral, I have to. It’s my home country.

“Ireland’s a great country, I want to say that we really appreciate the huge support from Irish people but it’s not my homeland.

“I work here, I didn’t plan to live here forever. I intended to go back to my home. I have everything there. I have my parents there, I have graves of my relatives there. It’s my homeland.”

“We will fight until the end. We don’t want to die. I’m a civilian, I didn’t have any military experience at all until 2015 when I was first conscripted”. 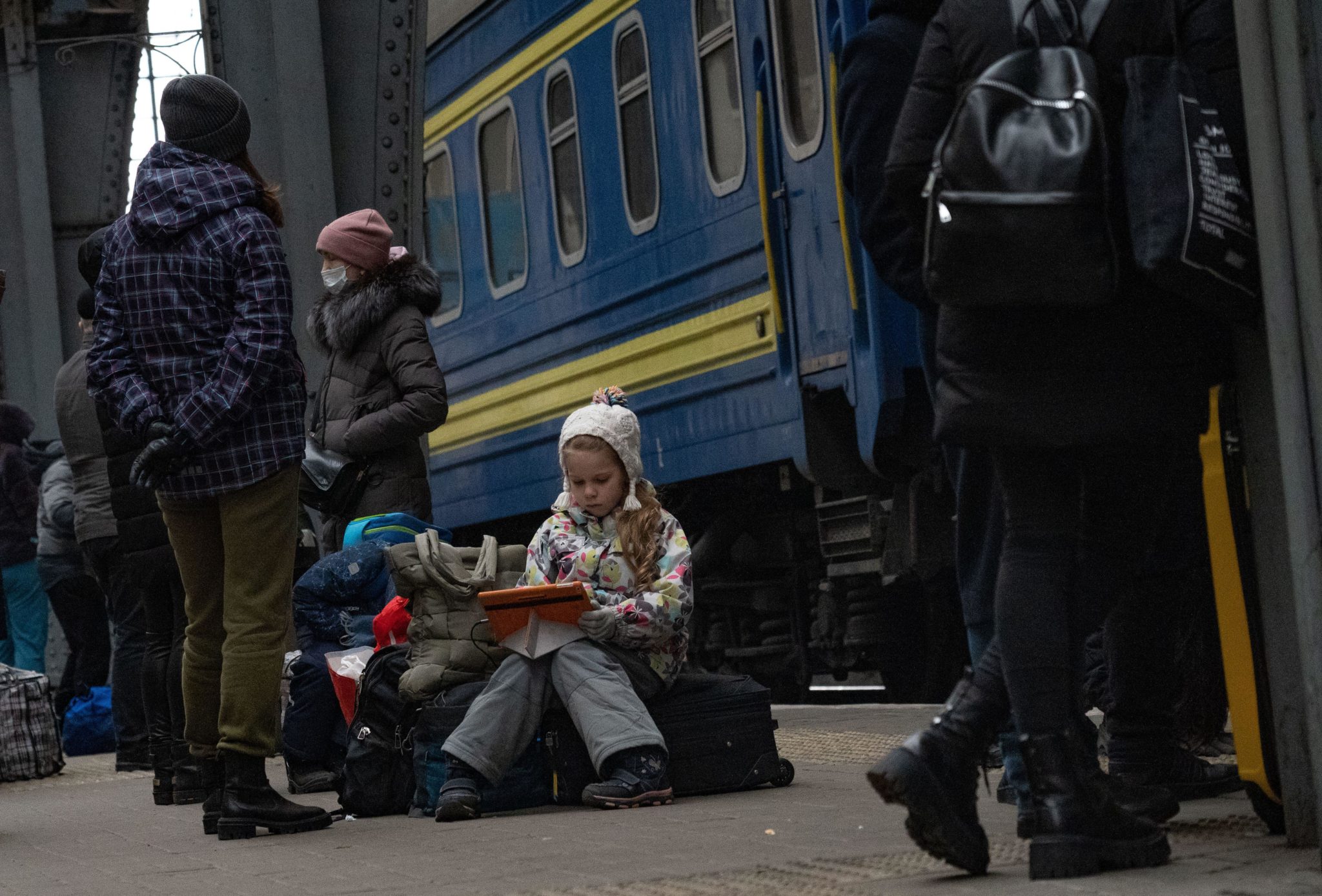 The situation on the ground is constantly changing and he cannot say with certainty where he will end up. However, he hopes to serve with the same regiment he did his military service with after Russia’s initial annexation of Crimea:

“My unit, which I served in back in 2015 and 16, is located in the western part of Ukraine. So it’s still accessible,” he said.

“And for me, Plan B would be to go to my ex-unit and join them.

“If they’re not there, then Plan C is join any city and to follow orders.”

“No definitely, I am scared.”