The Irish Council for Civil Liberties (ICCL) says it has serious and urgent concerns in how the Irish State deals with protest and dissent.

It follows a national consultation with protest groups last week.

The ICCL says it was informed that housing activists arrested at evictions have been subjected to "degrading treatment" such as strip-searching.

It also says activists living in Direct Provision deal with retribution, up to and including the with-holding of food and benefits for holding protests.

It also met with representatives of An Garda Síochána and relevant oversight bodies. 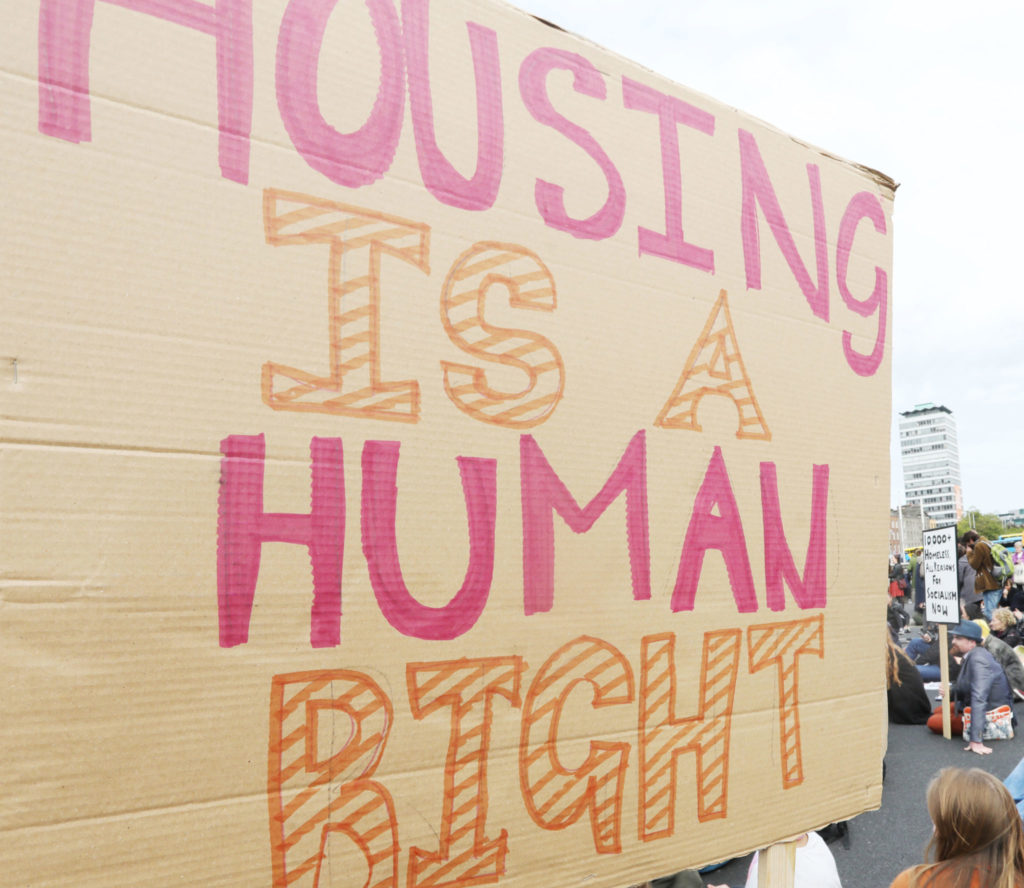 ICCL director Liam Herrick says: "The salient point for us has been that, while the Government and An Garda Síochána are supportive of large protests taking place on the main thoroughfares of Ireland, when it comes to protesters living on the margins of society or protesting outside of the media spotlight, the Garda and state response can be much more heavy-handed".

The ICCL says there is a wide gap between the stated position of the Gardaí with regard to protecting the rights to protest, and the experiences of many of the groups involved in organising a wide range of demonstrations and protests.

"The lack of clear and transparent information about police policy and training, and the lack of public data about the use of legal powers and the use of force present serious weaknesses in the Irish approach to managing protests", it adds.

It received reports of Garda misuse of the Public Order Act (through arresting protesters and later dropping charges), of Garda intimidation of protesters (through photography, following cars, harassment, and stop-and-search), of serious deficiencies in GSOC handling of complaints, and of Gardaí imposing limits on where people can protest without a clear basis in law.

The ICCL says: "International standards state that sit-ins and meetings are protected by the right to protest and may extend to private spaces accessible to the public.

"However, we heard a number of serious specific issues around protests at or near privately owned land - including during evictions and at Direct Provision centres."

"We received reports that Gardaí themeslves are evicting protesters from squats when media are not present."

"Protesters have also been arrested from public spaces such as city councils.

It also claims that Gardaí have subjected those arrested at protests to treatment that interferes with their right to dignity - including psychological trauma, strip-searching and being forced to squat and cough.

Arrested protesters have allegedly been encouraged to give statements without lawyers present, and in some cases even denied access to their lawyers.