Hospitality sector supports should continue until next year after 'catastrophic' 15 months, says restauranteur

Financial supports for the hospitality industry should continue until next year, the former presi...

Hospitality sector supports should continue until next year after 'catastrophic' 15 months, says restauranteur

Financial supports for the hospitality industry should continue until next year, the former president of the Restaurants Association of Ireland said.

The Government's roadmap for reopening this summer will see restaurants and pubs providing outdoor services from June 7th.

Indoor dining and drinking will return from July 5th, the Taoiseach said in an address to the nation last night.

It will follow the reopening of hotels, B&Bs and guesthouses from June 2nd.

However, the Restaurants Association said following the announcement that it was "deeply disappointed" that indoor dining will not be allowed back until July 5th.

The body has indicated that it will legally challenge the decision not to allow indoor dining from the same date as hotels.

Gina Murphy, the owner of Hugo's Restaurant on Merrion Row in Dublin, told Newstalk Breakfast with Susan Keogh she was "a little bit perplexed" as to why establishments such as hers cannot serve customers indoors until the first week in July.

She stated that some businesses don't have the facilities to trade outdoors, and her own restaurant only received permission to do so last week. 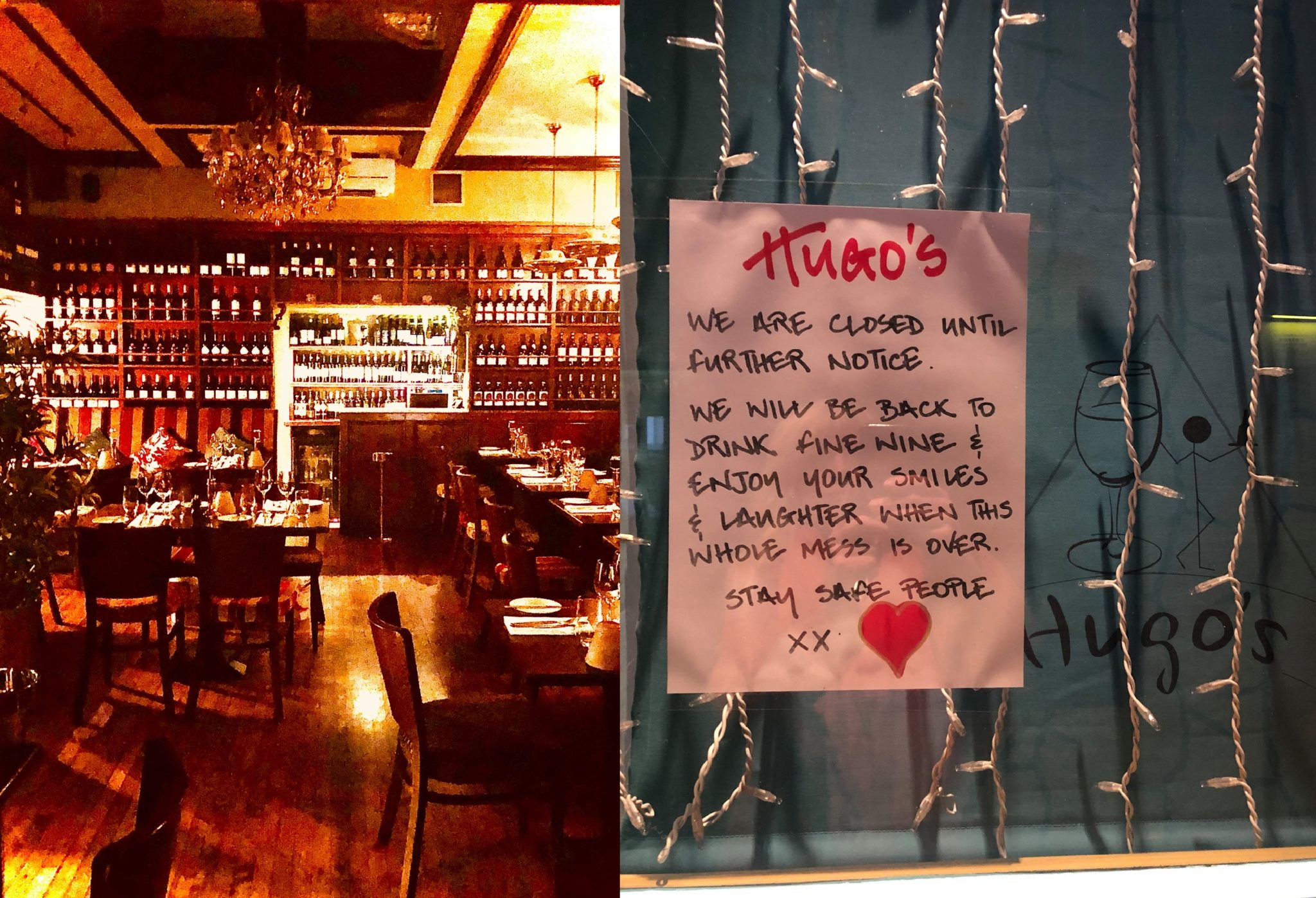 "But one of the biggest problems we have coming down the line is staff shortages," Ms Murphy said.

"It's not even coming back to work, we've lost them, the industry has lost them and that's really sad and quite shocking.

"We had a chef shortage as it was and now we have a crisis and it's a real genuine crisis, I know from myself I had 26 full-time staff and I only have seven left.

"You can't expect people to live in the city and look after their family and pay rents on €350 a week long-term.

"These people have moved on, they're gone to other industries and we have a real problem in staffing up in restaurants."

Ms Murphy added that the work permit situation in Ireland needs to be addressed so people from other countries can be hired for hospitality roles here.

Another issue is securing furniture for outdoor dining, with supplies from Europe delayed due to high demand.

Hugo's is renting furniture for the moment, as buying in bulk is "a big logistical nightmare", she said.

She is also hoping that tourists and businesses travellers will return to the country soon, as those on commercial trips, in particular, would make up a lot of mid-week bookings in the restaurant.

"I know for myself going forward I won't be operating seven days a week, I don't know when I'll get back to that because we just don't have that market of people travelling in and out for overnight stays in the city," she explained.

"I would love to see that all coming back because there's nothing nicer than hosting a room full of people and laughter and business and work getting done, it's a real buzz to work those kinds of nights.

"Those Tuesday nights would be the same as a Friday night for us and to think now that I'm not even going to open on Tuesdays is really sad." 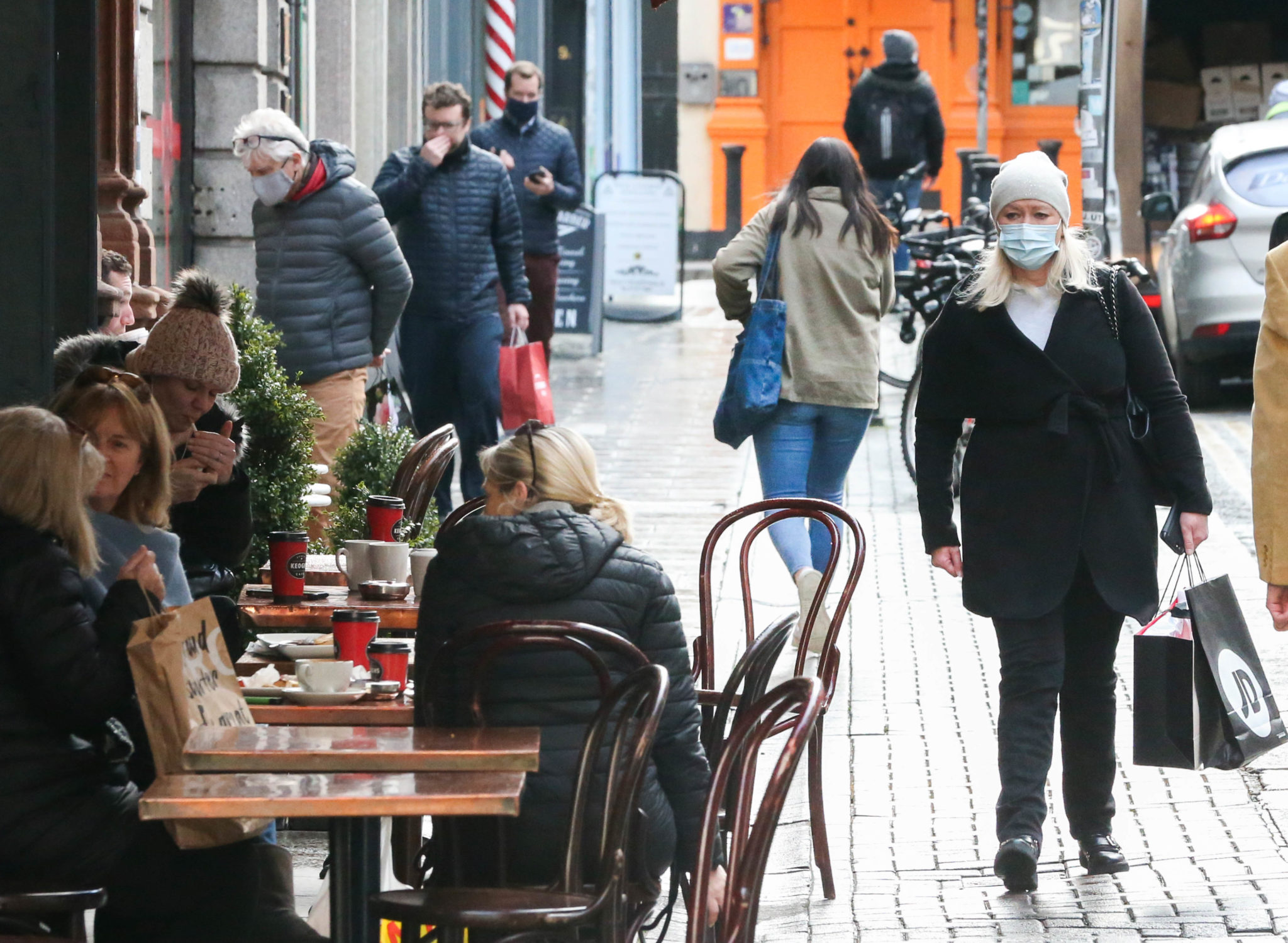 Getting hospitality businesses back on their feet will take a lot of work, Ms Murphy said, and it is not just simply a case of "pull off the plaster and it's fixed again".

She explained: "We have a lot to do to get back to any kind of normal for our industry, and I'm talking restaurants, hotels, bars, everything, because the damage that was done is just catastrophic.

"We have been out for 15 months, some of them for the full 15 months, I got back for a short period during that.

"We need help from the Government to help us on that journey because it's not an instant fix.

"I know the Tánaiste has said they'll give the CRSS [COVID Restrictions Support Scheme] payments for the first couple of weeks and that's really welcome.

"We don't have anything left, I don't even have salt and pepper left, on Christmas Eve I had 160 people booked and I had to throw out all that food for 160 people because we were closed on the 23rd.

"A double CRSS payment helps but it's nowhere near enough to stock a kitchen to start again so the payments need to continue and we have to look at something, that they don't taper off just because we hit 25% of our turnover, which is what they are at the moment.

"We need to look at a long-term recovery plan, a long-term strategy that has to go to next year."

Main image: Members of the public enjoying an indoor lunch in December 2020, sheltering from wet and wintery weather. Picture by: Leah Farrell / RollingNews.ie