Hospitality industry being 'treated like a scapegoat' over coronavirus restrictions

The hospitality industry is being "singled out" and treated like a "scapegoat" as the Government ...

Hospitality industry being 'treated like a scapegoat' over coronavirus restrictions

The hospitality industry is being "singled out" and treated like a "scapegoat" as the Government considers tightening restrictions nationwide after Christmas.

That's according to Mark McGowan, President of the Restaurants Association of Ireland.

There is a "very strong likelihood" that restaurants and gastropubs will be closed for New Year's Eve, the Taoiseach said today.

Micheál Martin said people can still have a meaningful Christmas but said that on foot of NPHET recommendations, it is likely that further restrictions will be in place after the festive period.

His comments came after the Chief Medical Officer Dr Tony Holohan said "we can't afford" to do Christmas and New Year's in the normal way this year.

Dr Holohan added that alcohol is "a particular challenge for this country" and that it leads to people becoming less vigilant with public health measures.

However, Mr McGowan said restaurants were being treated as a "punchbag" over the COVID-19 restrictions.

He said the news regarding restaurant and gastropubs being closed for New Year's was "an enormous slap in the face to hospitality professionals across Ireland".

He told The Pat Kenny Show: "We do feel like a punchbag when we're constantly in and out of lockdown like we are.

"It's quite clear that we need a scapegoat and that scapegoat seems to consistently come back to hospitality.

Mr McGowan said he had thought that further restrictions were "a possibility" but just "not so soon".

"When the news came out we were devastated to hear the restrictions were going to be imposed on the industry," he said.

"It's such a vital time, there's 250,000 employees so it's a huge shock to their systems and their future is in doubt again." 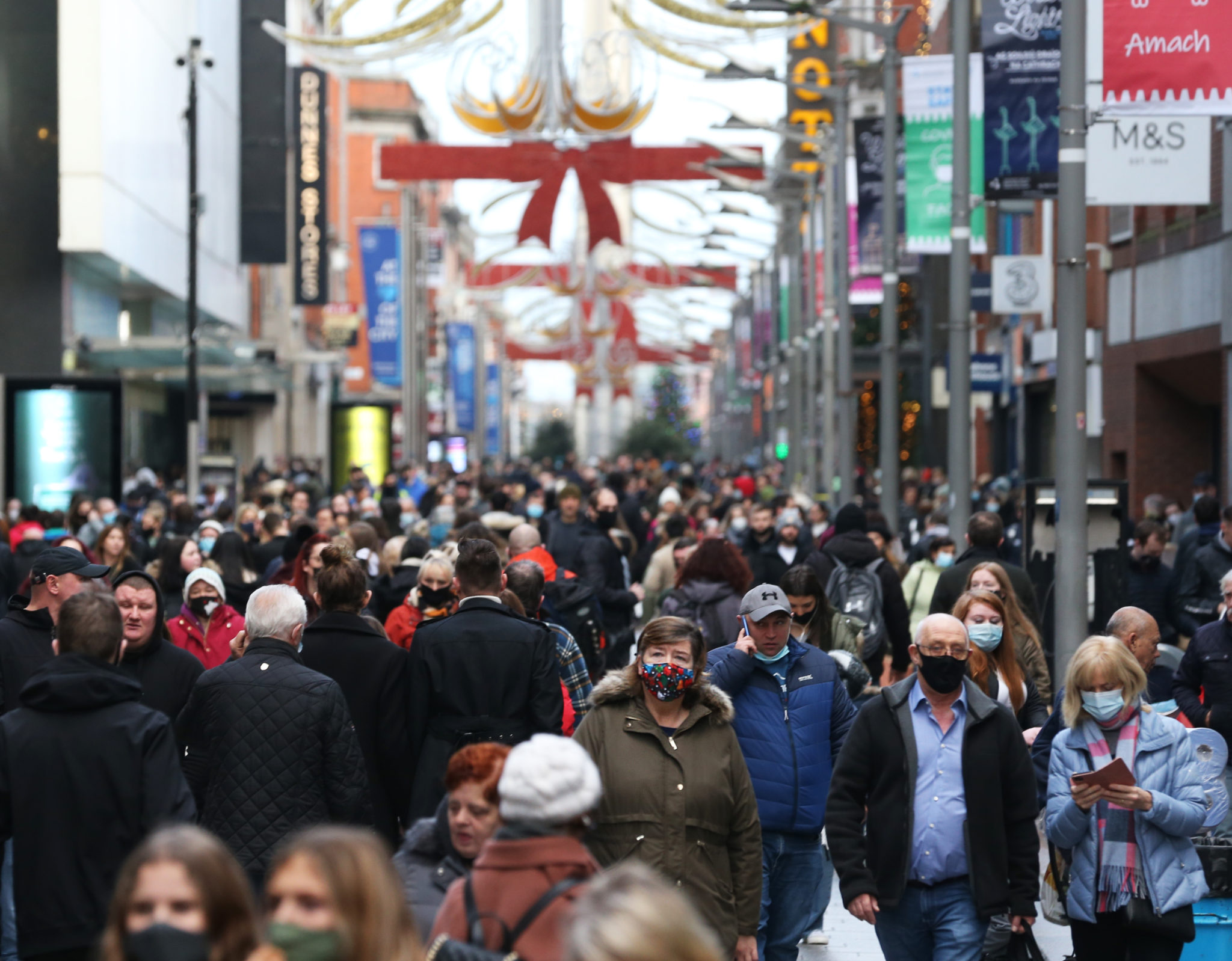 Mr McGowan said the hospitality industry has done everything it's been asked to make sure restaurants and gastropubs are safe environments for the public.

He added that data from the HSPC shows the majority of cases are coming from households.

He continued: "I refute the allegations that they're coming through the hospitality sector because our workforce would have it then.

"I think human nature and behavioural instincts will bring people together especially at this time of year around Christmas.

"Why not let us do what we do best and serve our customers in controlled environments, we can keep an eye on things and make sure things are right.

"This time in particular customers have been a hell of a lot better than they were last time, people are more aware of everything that needs to be done."

Mr McGowan acknowledged that "one or two" breaches of the guidelines "might slip through the net" but that restricting indoor dining would have a far worse effect on the transmission of the virus.

He stated: "I don't understand why the hammer blow has to come in and we just have to knock hospitality all together.

"Why not bring in more restrictions, increase distancing if needs be, and for any venue that doesn't adhere to the regulations as they're delivered, there should be fines.

"We need to reflect, look at the way we're treating hospitality professionals in Ireland because it's gravely unfair to business owners and employment."