Earlier in the week, the National Animal Rights Association tweeted a picture of a horse on St Stephen’s Green; it was bedecked in cherry Christmas antlers but standing out in the cold and the rain while waiting to give lifts to tourists.

There is a long history of using horse drawn carriages to give visitors a spin around Irish towns and cities but the National Animal Rights Association wants the practice banned; it is a call Catherine Wood strongly supports.

“They do not belong in the city, they don’t belong on our roads with fuel and noise - they could get scared.

“All animals should be in sanctuaries - they’re not ours to abuse.

“These people who use these animals to make a living - they need to get real men’s jobs.” 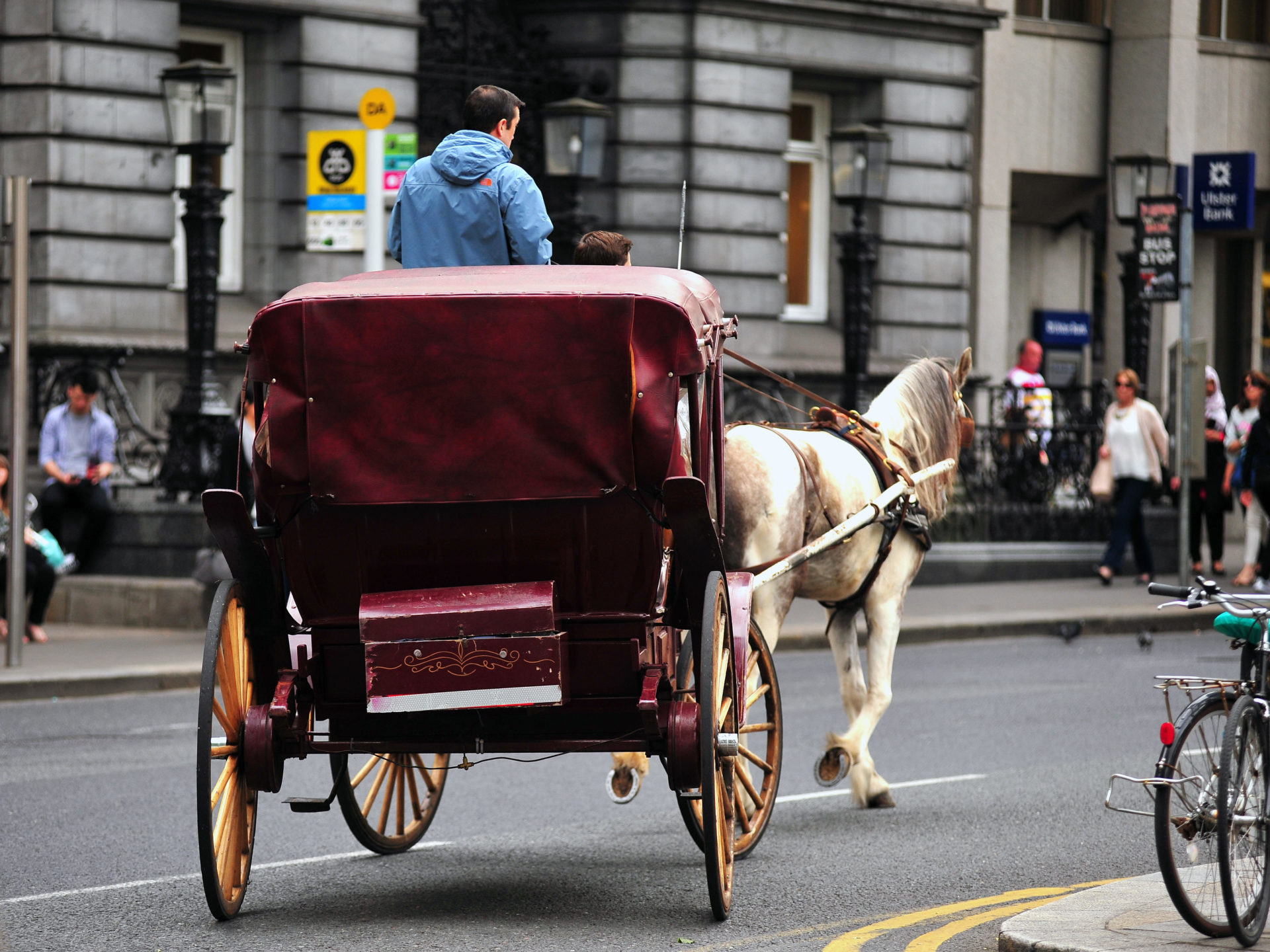 EY6B0A A tourist horse and buggy in the streets of Dublin in Ireland.

Ms Wood claimed she has seen horses being whipped by carriage drivers over the years and recently had an argument with one in Temple Bar.

“The horse was in such distress,” she recalled.

“You know when a horse is in distress when it tries to lift one leg to rest.

“And I went over and I said to them, ‘Why don’t you go and get real men’s jobs? What are you doing exploiting this animal? It’s 2am in the morning - it’s not right.’”

A number of cities in the United States have banned horse carriage rides but one animal lover texted to disagree.

“As a vet and a horse owner, there’s no welfare issues with these horses,” she said.

“Animal rights activists, who have no experience or qualifications in either veterinary medicine or animal welfare, put emotion before scientific fact.”

Main image: Carriage driver gives his horse a drink from a bucket near the entrance to St. Stephens Green, Dublin. Picture by: Alamy.com