The Kremlin has repeatedly justified its invasion of Ukraine of the grounds that the country needs to “denazify” - even though President Zelenskyy is himself Jewish and lost family during the Holocaust.

Speaking to Italian TV, Mr Lavrov said that Mr Zelenskyy’s religion was irrelevant and that history’s most famous antisemite also had Jewish family.

“So what if Zelensky is Jewish. The fact does not negate the Nazi elements in Ukraine. I believe that Hitler also had Jewish blood,” Mr Lavrov claimed.

He also added that “some of the worst antisemites are Jews” and that President Zelenskyy could end the war if he “stopped giving criminal orders to his Nazi forces.”

Hitler, who was responsible for the murder of six million Jews during the Holocaust, did not have Jewish ancestry and the claim that he did has been repeatedly debunked by historians.

Jews consider the conspiracy theory highly offensive and the International Holocaust Remembrance Alliance has drawn up a definition of antisemitism that includes:

“Accusing Jews as a people of being responsible for real or imagined wrongdoing committed by a single Jewish person or group, or even for acts committed by non-Jews.”

“Denying the fact, scope, mechanisms (e.g. gas chambers) or intentionality of the genocide of the Jewish people at the hands of National Socialist Germany and its supporters and accomplices during World War II (the Holocaust).”

The head of the Holocaust museum Yad Vashem labelled the claim “false, delusional and dangerous, and worthy of all condemnation.”

"To say Hitler was a Jew is like saying the Jews killed themselves," Mr Lapid continued.

Foreign Minister Lavrov’s remarks are both an unforgivable and outrageous statement as well as a terrible historical error. Jews did not murder themselves in the Holocaust. The lowest level of racism against Jews is to accuse Jews themselves of antisemitism.

Despite Putin’s claims that Ukraine needs to “denazify”, his forces bombed the Babyn Yar memorial near Kyiv which commemorates the murder of 34,000 Jews who were murdered by Nazis in 1941 and whose bodies where tossed into a nearby ravine. 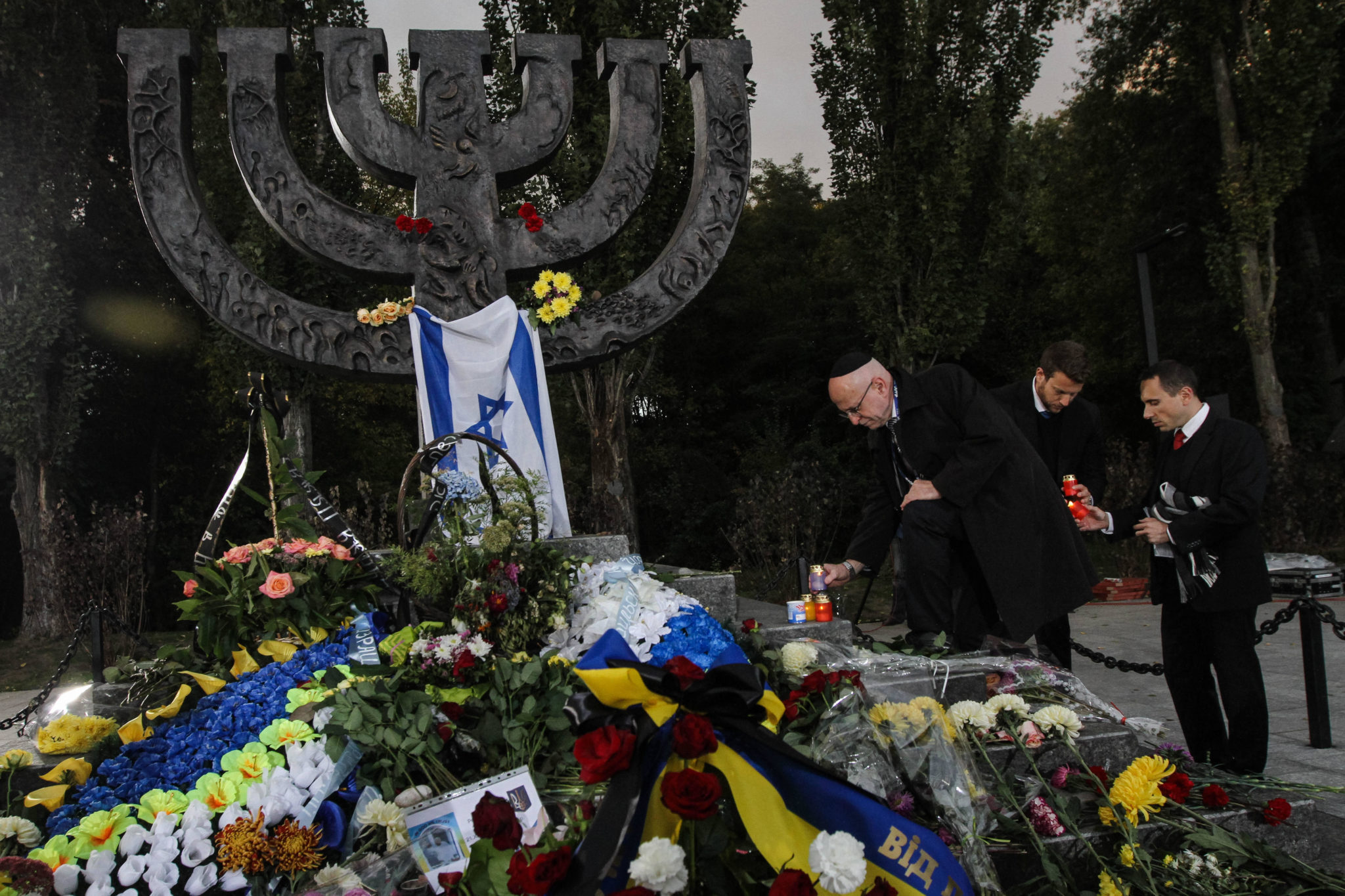 A few weeks later, Boris Romantschenko, a 96-year-old Holocaust survivor, was murdered when a Russian shell hit his apartment in  Kharkiv.

As a young man he had survived four concentration camps and after the war worked on various projects related to Holocaust education and awareness.

All hostages rescued after stand-off in US synagogue