Holidaymakers heading for Europe this week are facing a blistering heatwave

Holidaymakers heading for Europe this week are facing a blistering heatwave – with Spain, Italy and France all set to sizzle in record-high temperatures

The heatwave across southwestern Europe is expected to peak today with temperatures of 46C already recorded in southern Spain.

Meanwhile, the heat will continue in France, where temperatures are not expected to peak until Sunday or Monday, potentially breaching 40C before falling back on Wednesday.

Italy is already above 40C in several areas with a lack of rain over the winter leaving rivers at their lowest ebb in many years.

This morning, The Pat Kenny Show talked to reporters in Spain, Italy and the UK to get a feel for what’s in store for anyone heading off on their holidays this week.

Graham Keeley, Spain Correspondent with The Independent said the heat is “overwhelming” this week.

“The top temperature right now is 46C down in the southwest and further down in Seville,” he said.

“To give you an idea of what it’s really like, when you go out walking in the street, it’s rather like opening a big oven that is on at say, 200C and just trying to cope with that heat.

“It’s just overwhelming basically and very, very tiring to do anything in it. Most people spend most of the day inside or hiding in chilled apartments with the air-con full-on.” 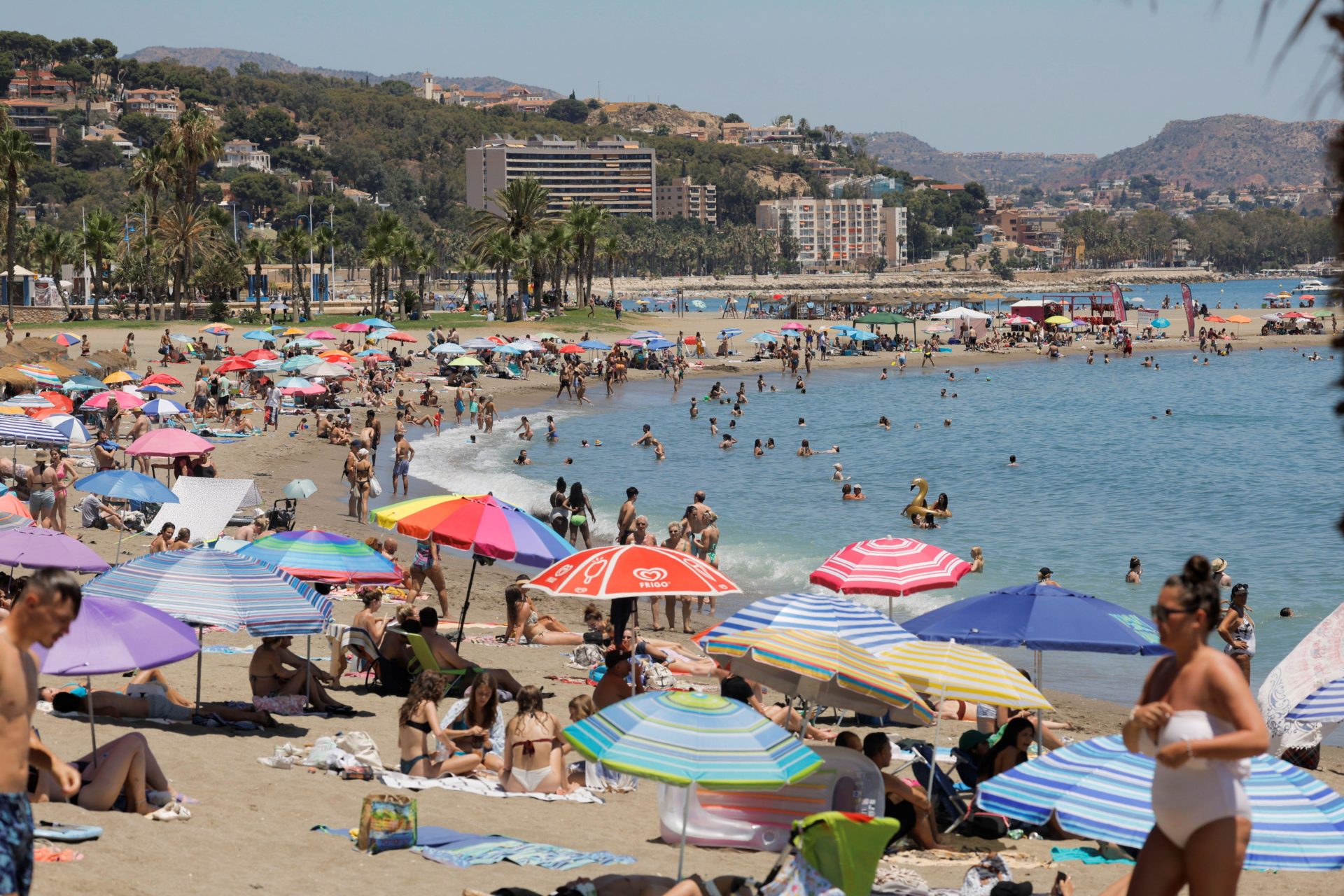 People cool off at the Mediterranean Sea on La Malagueta beach on a hot summer day in Malaga, Spain, 09-07-2022. Image: REUTERS/Jon Nazca

He said the heat is not stopping tourists from getting out and about.

“The beaches are full,” he said. “This is high summer now and there are people out on the beaches looking very, very pink.

“These are the holiday makers from northern Europe and it seems that whatever the warnings about covering yourself with cream etc., either they don’t put on enough or they forget – but you can spot them a mile away.”

Hugo McCafferty, an Irish journalist based in Italy, said the country has been ‘scorchio’ throughout June and July.

“We had a break from one heatwave and now we’re heading headlong straight in to another one,” he said.

“It’s about mid-thirties right across the country and we’re looking at low 40s in the northern plains and central Sicily and central Sardinia.” 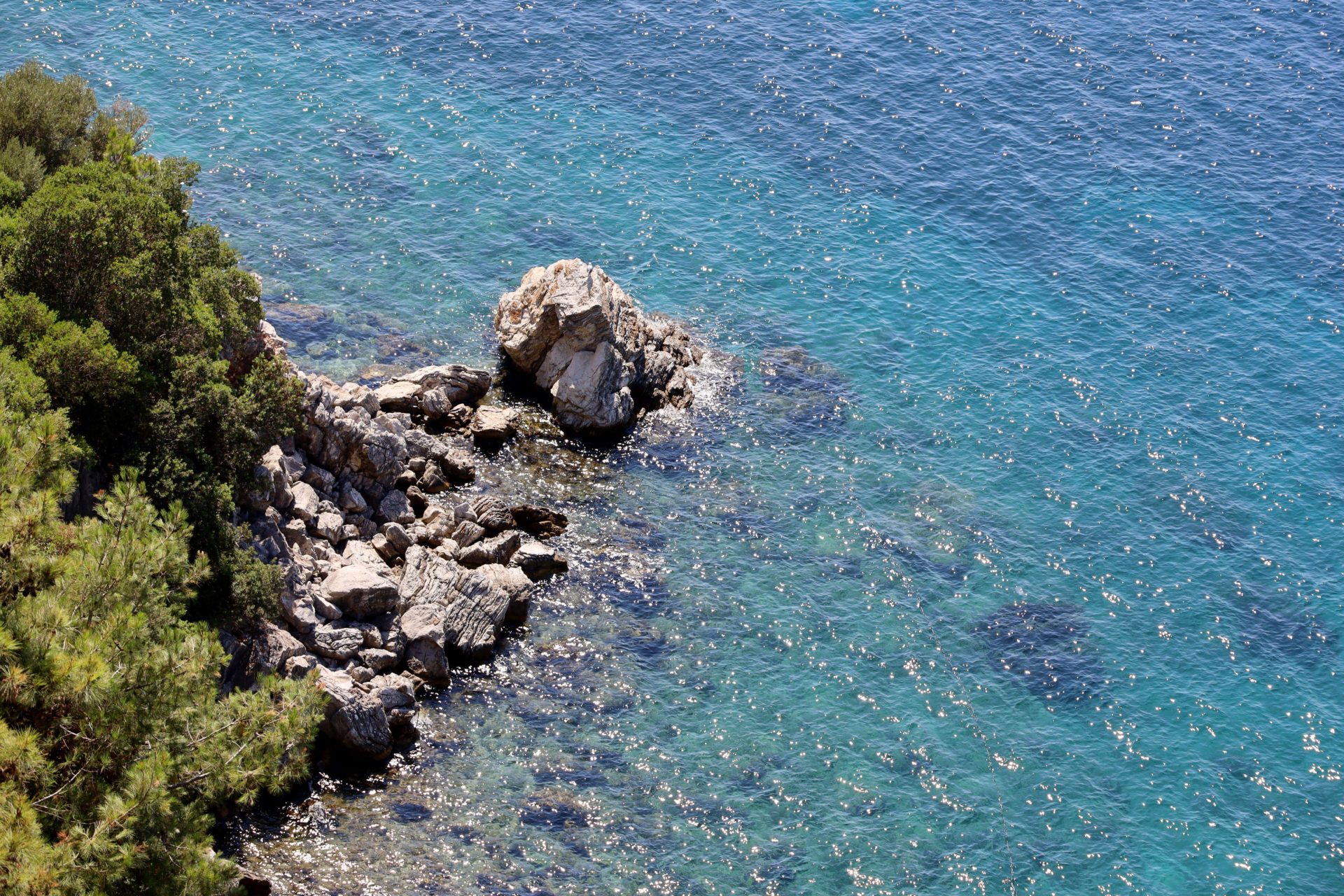 He said the country is also facing a serious drought.

“The main problem is not just the extreme temperatures here, we have also had virtually no rain this winter,” he said.

“So, from October, there was no rain. The rains did arrive nearly spring but then they stopped again.

“The River Tiber in Rome has gone right down and revealed ruins of a bridge from Emperor Nero’s era that hadn’t been seen before. The River Po has revealed a couple of shipwrecks from World War II.

“So high temperatures we can deal with but it looks like we’ve serious drought now.”

London Correspondent Vincent McAvinney said the UK is expecting record temperatures on Monday – with temperatures as high as 39C and 40C.

He said local authorities have already activated an emergency response.

“In London for instance, the emergency services are being put out as well as charities being directed by the mayor’s office to try and help vulnerable people – particularly the elderly but also homeless people as well to try and get them into cool spaces to make sure they’re doing OK.

“Hampshire is going to put out their gritters that normally spread salt during the winter. They’re going to spray sand on the roads to try and soak up any excess tar and stop them melting.”

Cancelled flights: ‘It’s the airline’s problem, not your problem’