Harvey Weinstein declared he has "good lawyers", as he arrived at court for the opening of his ra...

Harvey Weinstein declared he has "good lawyers", as he arrived at court for the opening of his rape trial.

The once-powerful Hollywood producer entered the courthouse in New York City without a walking frame, which he has used at previous appearances.

Opening statements and the first witness evidence are expected on Wednesday in the trial, which has been described as the biggest of the #MeToo era.

Weinstein (67) is accused of raping a woman in a Manhattan hotel room in 2013 and sexually assaulting another woman in his New York apartment in 2006.

He has pleaded not guilty to five charges related to the two women - who cannot be named - and insists any sexual activity was consensual.

If convicted, he could face life in prison.

Asked by reporters on his way into court whether he thinks he will get a fair trial, Weinstein replied: "Yes."

When asked why he believed that, he added: "I have good lawyers." 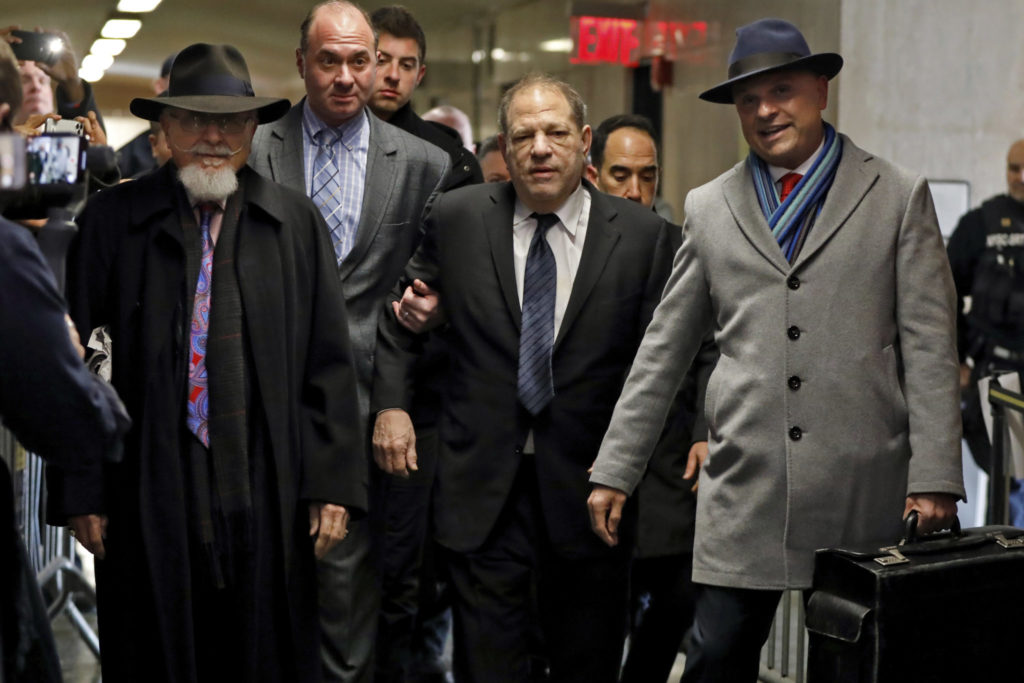 After opening statements, prosecutors are expected to call a former member of the board of directors at Weinstein's old film studio to give evidence about how the company handled allegations against him.

Since 2017, more than 80 women, including several famous actresses, have accused Weinstein of sexual misconduct dating back decades - although his New York trial involves only two allegations.

Weinstein has denied the claims, saying any sexual encounters he had were consensual.

But Judge James Burke told potential jurors at a previous court hearing: "This trial is not a referendum on the #MeToo movement.

"You must decide this case on the evidence."

It is expected Weinstein's trial could take more than a month.

His lawyers applied to have the court case moved out of New York City - after claiming it had turned into a "media and entertainment circus", but the request was rejected by a judge.

Once the New York trial is over, Weinstein faces additional rape and sexual assault charges in Los Angeles which were filed earlier this month.

Harvey Weinstein convicted of rape in US trial