Free skips should be provided to the public to reduce the amount of material that goes into Halloween bonfires, according to a Dublin councillor.

Ballyfermot Drimnagh Councillor Daithí Doolan is warning that stockpiling is on the rise – and bonfires pose a danger to children, the environment and public green spaces.

On Newstalk Breakfast this morning, he called for the return of the free skip scheme that offered people an alternative way to dispose of household waste that may otherwise find it’s way to a Halloween bonfire.

He said the service was very effective in Ballyfermot and Drimnagh in previous years.

“It was a free service because we knew it reduced the bonfire material and it saddens me to say that Dublin City Council has decided to suspend and reverse that decision and to suspend the skip service,” he said.

“I am asking them publicly and I am asking them privately to please reverse that decision, allow skips to be provided, reduce the harm that is caused from bonfires and allow people to dispose of the bonfire material safely in those skips.”

Cllr Doolan said authorities have had some success in reducing bonfires over the past two decades – but warned that he is seeing a lot of young people collecting this year.

“If we cast our minds back to maybe 20 or 25 years ago, the bonfires were massive, they were dangerous and there were young people injured.

“We remember some children were very, very seriously injured by the bonfires. We want to reduce the harm, make sure all the families have a fun-filled Halloween festival and make sure the bonfire material is reduced.” 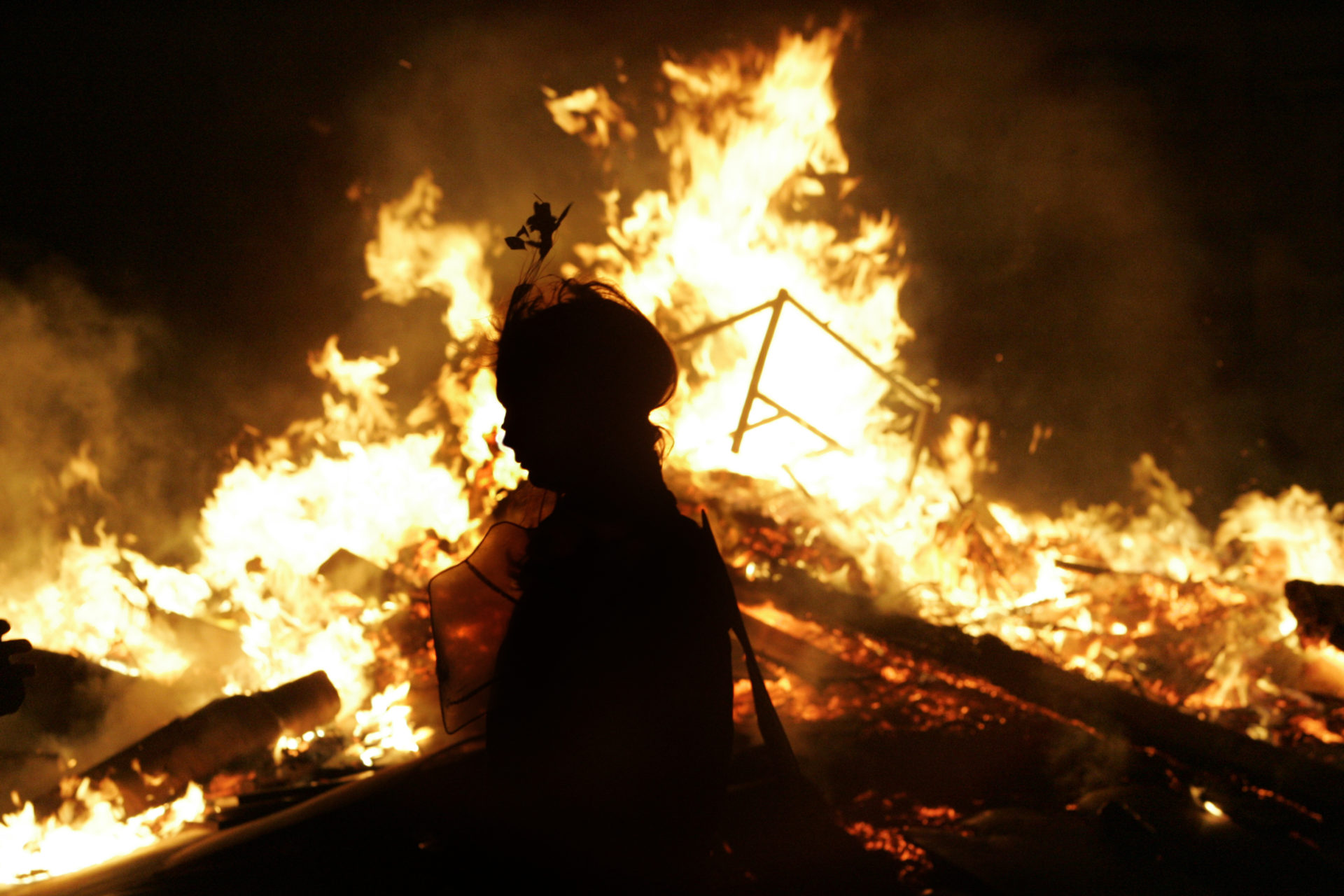 A Halloween bonfires in the Crumlin area of Dublin, 31-10-2011. Image: Mark Stedman/RollingNews

He said the skip programme was a “mature response to reducing the harm caused to our environment, our green spaces, the football pitches, the trees and the young people themselves”.

“It worked,” he said. “If something works, I think it needs to be studied, reviewed and expanded if necessary.

“We do many things that are free services. That is part of a local authority’s job, to provide these services to the public.

“This is one, I think, that worked. It is unfortunate that it is being withdrawn.

“If something like this works, I would argue that it should be expanded. Why would we reduce something that works?”

He urged anyone who sees a bonfire stockpile to contact Gardaí or DCC.

“We need to make sure people feel confidence in reporting so the council or local authorities can move in – it’s all anonymous and confidential - and they’ll remove it,” he said.

He urged people not to hesitate if they come across a stockpile.

“Don’t leave it to somebody else,” he said. “Make that call.”