Guns, drugs and cash seized during search in Co Meath

Guns, drugs and cash seized during search in Co Meath

One man has been arrested after a search operation yesterday morning.

At around 11am yesterday morning, gardai carried out a search at a business premises at Rathfeigh, County Meath.

In total, the suspected drugs seized have an estimated value of €958,800. 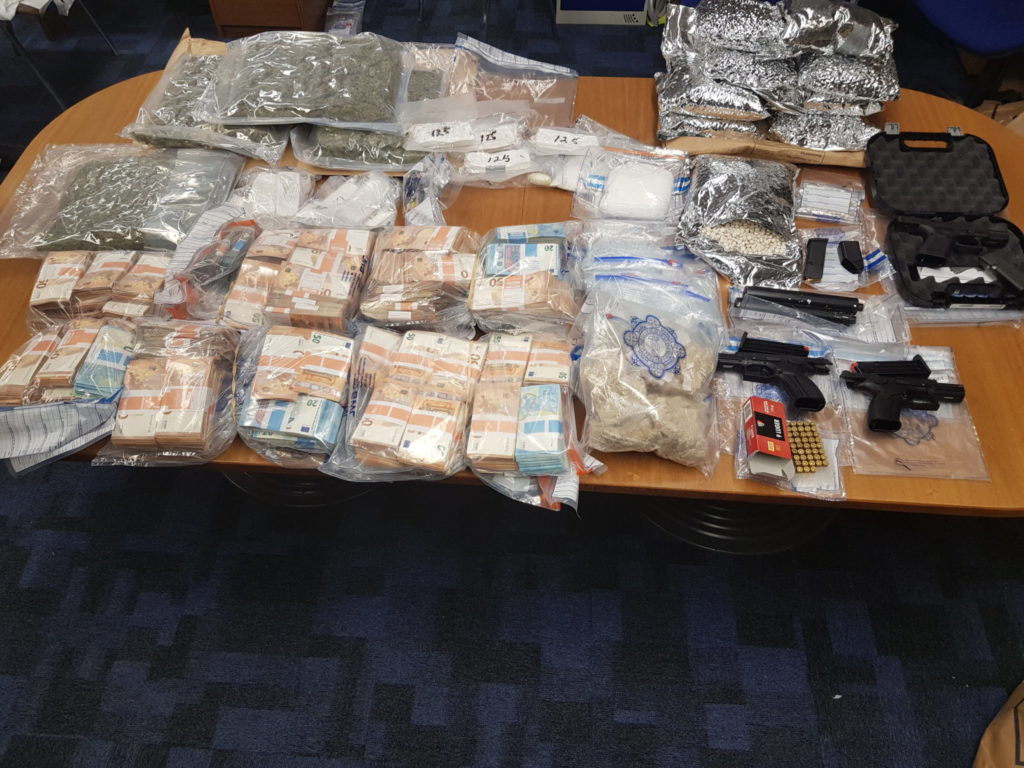 A man in his early 40s was arrested at the scene.

He is currently being held at Ashbourne Garda station while investigations are ongoing.