Group warns over 100,000 retail jobs could be lost without recovery plan

Retail Excellence Ireland says up to 110,000 jobs could be lost permanently in the Irish retail ...

Group warns over 100,000 retail jobs could be lost without recovery plan

Retail Excellence Ireland says up to 110,000 jobs could be lost permanently in the Irish retail industry, unless there is a recovery plan in place.

It claims this loss would cost the State an estimated €2.2bn in a full year in increased social welfare payments and some €800m per year in lost employee taxes.

It also says "further significant damage" would be done to the economic and social fabric of every town and city in the country.

The group, on behalf of its 2,100 member companies, is calling on Government to implement five key measures for the sector. 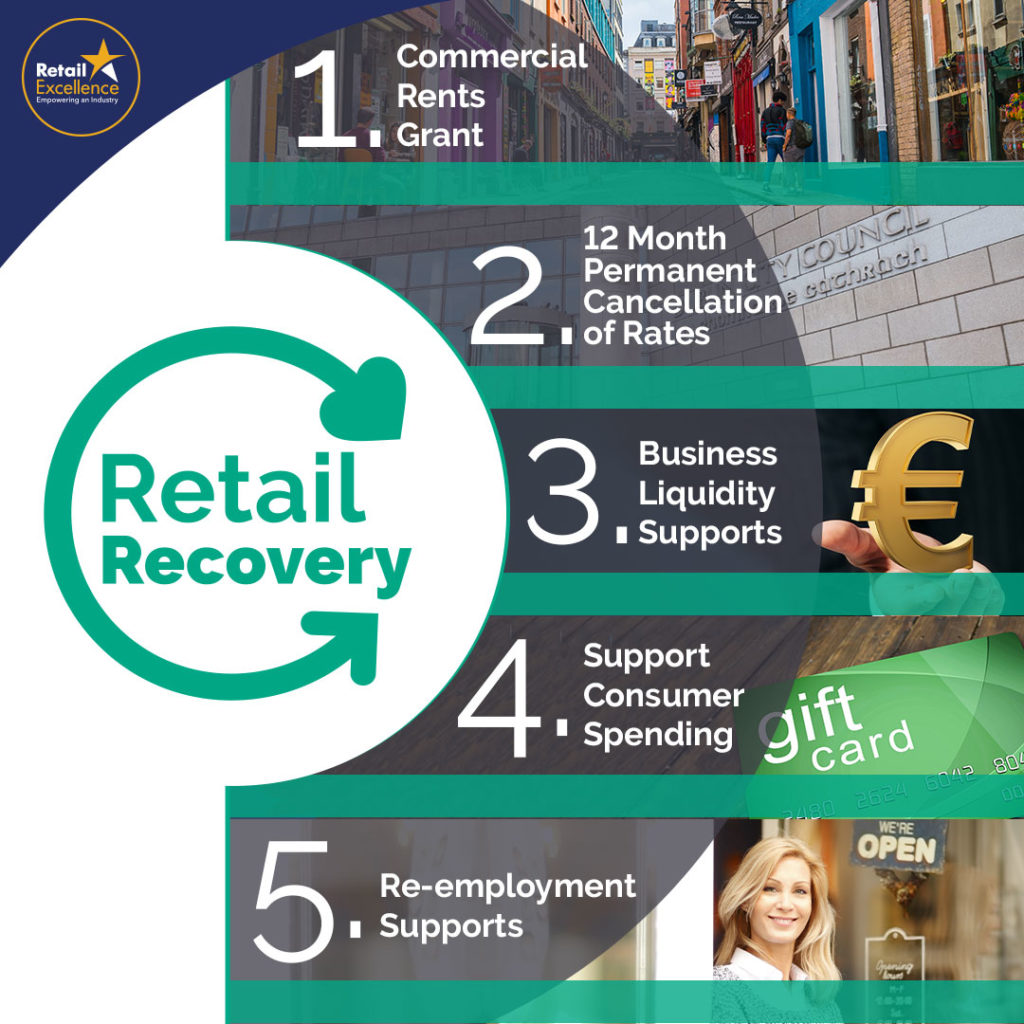 These include setting up a Government-backed commercial rent grant scheme, equal to 60% of the rent and service charge cost during the emergency period.

It also wants to see permanent cancellation of all local authority rates for all impacted businesses for a 12-month period.

It says the cost to the Exchequer of this measure is estimated at €730m.

Other measures include liquidity supports for retail businesses, a gift card of €500 to all Irish households which can only be spent in bricks and mortar stores and a back to work scheme such as a 'JobBridge' type initiative to re-employ the highest possible number of people.

The retail industry employs 288,000 people directly, with a net wage contribution to the economy every year estimated at €6.94bn.

Main image: Buisness owners board up their shops on near empty streets in Dublin city centre. Photo by: Sam Boal/Rollingnews.ie